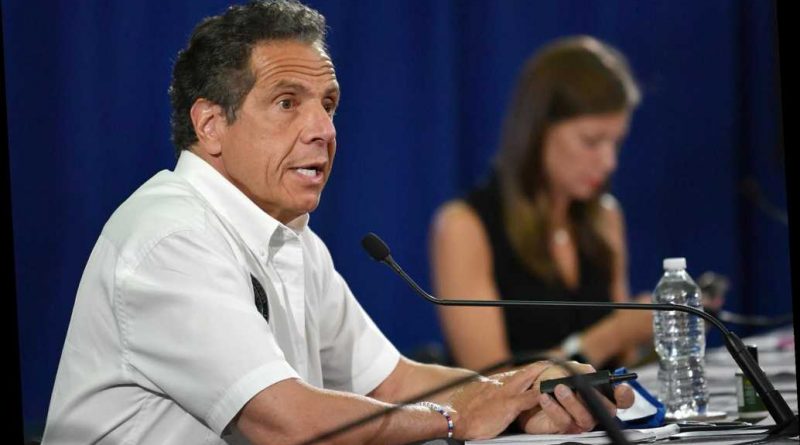 Standing up to Gov. Cuomo is an ‘ethical duty’ for lawmakers

The bloom is off the ‘Cuo.’

A majority of New Yorkers believe Gov. Andrew Cuomo mismanaged the coronavirus in nursing homes — where thousands of residents died as state officials covered up the grim tally, a new poll has found.

Forty-one percent of voters agree Cuomo has done something unethical — but not illegal — in his handling of nursing homes throughout the COVID-19 pandemic, according to new results released by the Marist College Poll on Tuesday.

Another 19 percent take it a step further in thinking he has done something illegal, compared to 27 percent of voters that think he has done no wrongdoing.

Poll interviews conducted between Feb. 15 and 17 come on the heels of a bombshell report by The Post that the governor’s top aide Melissa DeRosa admitted the administration willing withheld data pertaining to nursing home deaths tied to the virus from the federal government for months.

During a closed-door meeting with top Democratic lawmakers on Feb. 10 revealed exclusively by The Post, DeRosa confessed state officials “froze” back in Fall 2020 when U.S. Department of Justice investigators under then-President Donald Trump were probing the Cuomo administration’s policies in long term care facilities.

Cuomo has vociferously defended his state Health Department’s actions, arguing while they could have released information sooner he still supports his administration’s course of action.

But subsequent reports have shown The Post’s reporting of DeRosa’s comments has now led to a new, federal investigation by the Eastern District of New York.

Meanwhile, 54 percent of individuals surveyed approve of how the third-term Democrat is handling the pandemic, a plunge from a rosy 72 percent rating in July.

Marist’s findings also show a souring of Cuomo’s job performance since the summer — as just 49 percent of residents presently give him a thumbs up, a decline since he achieved a 66 percent approval rating in July.

Notably, his positive view during that same time period among Democrats has also sunk, as now 28 percent of individuals disapprove of his job performance, an increase from July’s nine percent.

When asked whether or not Cuomo is doing an excellent or good job in office, 42 percent of New Yorkers agreed — a decrease from a 60 percent rating in July.

“Cuomo’s approval rating, which was sky high in the summer, has returned to its pre-pandemic level,” said Dr. Lee M. Miringoff, Director of The Marist Poll.

“Should Cuomo decide to seek a fourth term, these results suggest it will be a challenge. That said, his current numbers are comparable to what they were when he faced the voters last time.”

Overall, 50 percent have a favorable view of the third-term Democrat, a slight downward tick from 54 percent of those questioned in 2018.

Forty-six percent of individuals have an unfavorable opinion of the governor, up from 40 percent in 2018.

New Yorkers are also not sold on granting the governor a fourth term — 36 percent of voters said they would elect him again compared to 39 of respondents asked three years ago.

A total of 953 individuals were interviewed, with a 3.8 plus or minutes margin of error.