The discovery of at least 200 mammoth skeletons near Mexico City may help explain why the species became extinct, archaeologists have said.

The elephant-like beast, which had tusks and, in some cases, a covering of long hair, lived from about five million years ago before disappearing in the last 4,000 years.

Experts have been discovering remains at the site of a new international airport. Because so many have been found, each bulldozer is being accompanied by observers. 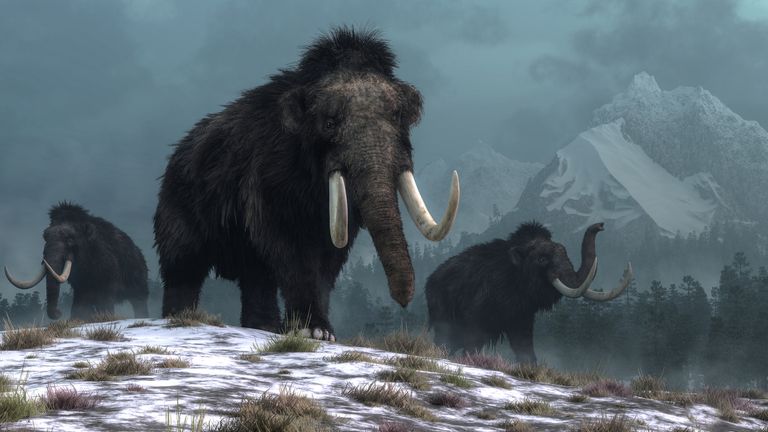 “We have about 200 mammoths, about 25 camels, five horses,” said archaeologist Rubén Manzanilla López, from the National Institute of Anthropology and History.

A large number of bones is still to be excavated.

The airport site is about 12 miles (19km) from artificial pits which were dug by local inhabitants to trap and kill dozens of mammoths. 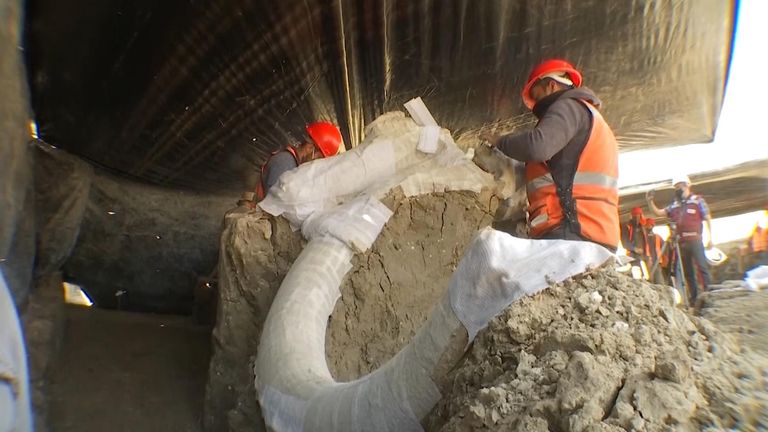 Those that died at the site itself may have got stuck in the mud of an ancient lake bed and passed away from natural causes, Mr Manzanilla López said.

It is thought their remains may have been carved up in a similar manner to those found in a mammoth trap in the nearby township of Tultepec. 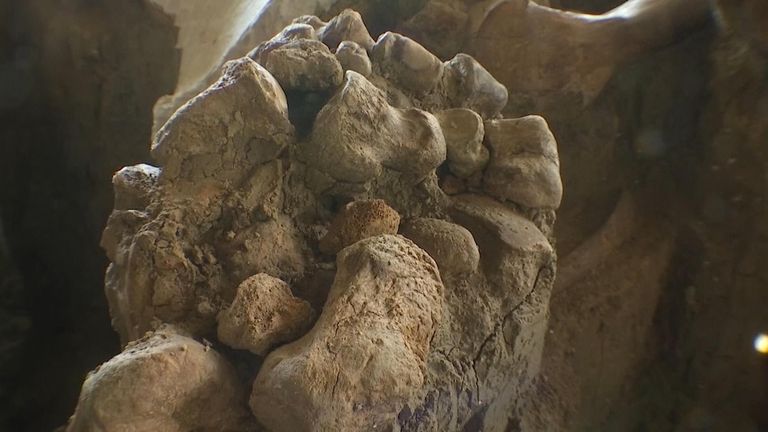 Mammoth-bone tools have also been discovered. Tests are being carried out to find possible butchering marks.

Archaeologist Joaquin Arroyo Cabrales said the investigation will consider whether the animals became extinct because of the region’s climate, or because of traps set by humans.

The airport site appears to have already outstripped another collection of remains found in Hot Springs, South Dakota, which has about 61 sets of remains, and was previously the world’s largest discovery of mammoth bones.

Large concentrations have also been discovered in Siberia and at the La Brea tar pits in Los Angeles.

The construction work, which is turning an old military airbase into a civilian airport, is due to be completed in 2022.