A 20-year-old man has died after drowning in a reservoir bringing the death toll of open water swimmers up to five in a single week.

The high numbers of people getting into trouble while swimming in open water spots has prompted hot weather water safety warnings from firefighters.

Emergency services were called to Audenshaw Reservoir in Manchester at 3.20pm on Thursday after reports someone had got into difficulty in the water.

The man was recovered from the scene – where swimming is not allowed – and taken to hospital where he later died.

Greater Manchester Police’s Tameside South division posted on Facebook: ‘After an extensive search by all those attending, the male was eventually pulled out of the water after approximately 20 minutes under the surface and taken up to hospital. 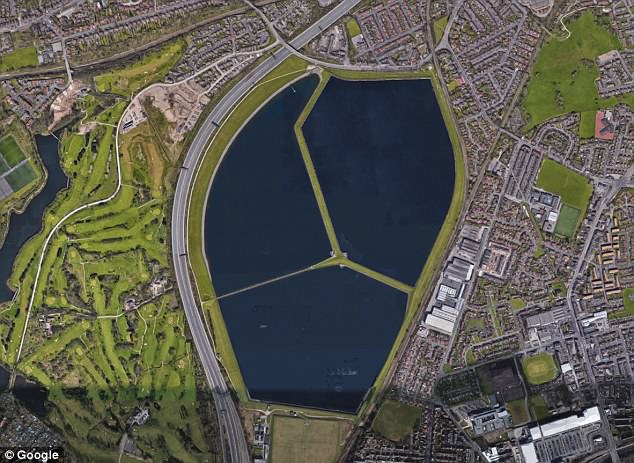 A 20-year-old man died at the Audenshaw Reservoir (pictured) in Manchester after getting into difficulty in the water. Swimming is not allowed at the reservoir 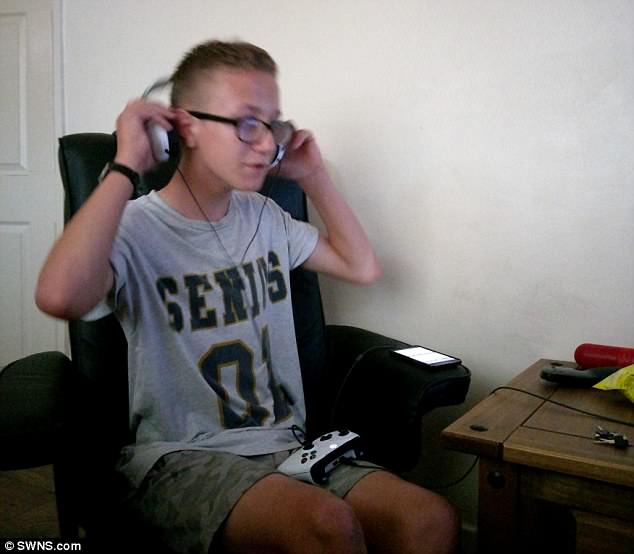 Ryan Evans, 13, of Stoke-on-Trent was last seen swimming in Westport Lake. His body has been found in the water by search teams

‘Unfortunately the male died as a result of being in the water for such a length of time.

‘This is not an area where swimming is permitted given the potential risks to human life as was seen in such tragic circumstances.

‘Whilst the hot weather is with us please be aware of potential dangers around swimming/being near deep water lakes.’

On Tuesday two girls, who are thought to have been around seven or eight years old, got into difficulty in the River Wharfe in Ilkley, West Yorkshire.

Watch Commander Alex Watson said: ‘This is a popular spot locally for people to congregate and on this evening there must have been around 100 people there enjoying the sunshine, children and adults alike.

‘The weather we are enjoying is fabulous but please do bear in mind that despite the temperatures outside, the water can be incredibly dangerous and you can get into trouble in a split second.

‘Cold water shock can take over your body and make it almost impossible to swim.’

Firefighters from Ilkley Fire Station who were training in the area rushed to help the girls at the River Wharfe but a member of the public had already managed to rescue the girls.

He added: ‘This part of the river can look particularly inviting because it is shallow around the edges but you can quickly drift into the middle and where the river bends there are some strong currents underneath which could drag a small child away.’

He said that crews returned to the scene on Wednesday to give out water safety advice to the public.

On Wednesday Staffordshire Police found the body of Ryan Evans, 13, who disappeared after getting into difficulty while swimming in Westport lake, Stoke-on-Trent on Monday afternoon. 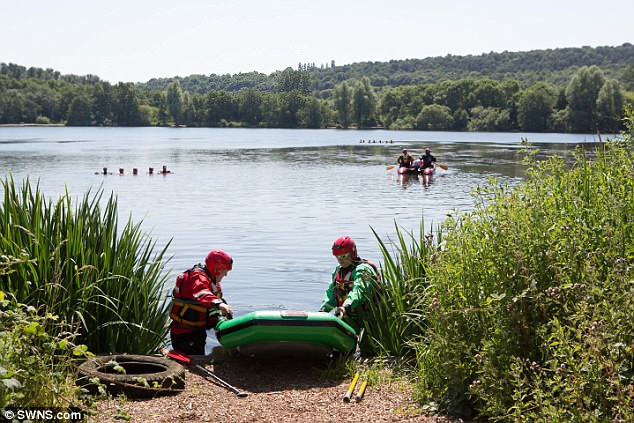 Expert search teams are pictured heading into the water at Westport Lake, Stoke-on-Trent, where they found Ryan Evans’s body

They said two other boys, one aged 12 and another 13, got out of the water safely.

Naming the youngster as the search went on yesterday, the force said Ryan’s family were ‘distraught and devastated’.

A Staffordshire Police spokesman said: ‘We are sad to confirm that the body of Ryan Evans has been recovered this evening from Westport Lake following an extensive search by emergency services and underwater teams.

‘Ryan’s family have been informed and our thoughts and condolences are with them at this very difficult time. His family and friends, who were at the lake with him on Monday, are being supported by police family liaison officers.

‘We cannot thank everyone – from family, friends, members of the public, the local community and partner agencies – enough for their help and assistance. A report will be prepared for the coroner.’

Later that day a 17-year-old boy also drowned after going for a swim in the River Aire in Leeds.

Panicked onlookers called the emergency services at 6.45pm and reported that the teenager had failed to return to shore at the river near Cardigan Fields, Kirkstall.

Search teams were dispatched late into the night, leading to the discovery of a body at about 1.30am on Thursday morning.

On Monday evening a man died after going for a swim in a lake in Nutfield, Redhill, in Surrey, as temperatures hit 30C. 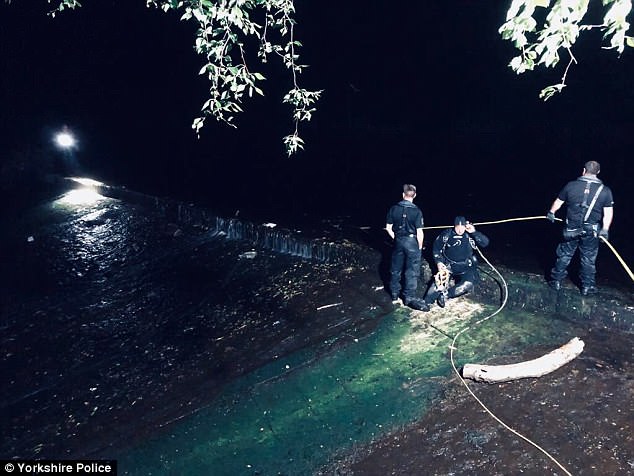 Divers were sent into Mercers lake and Surrey Police recovered a body at 9.20pm.

Earlier that day a woman drowned while swimming in the sea off Eastbourne, East Sussex.

Coastguards, paramedics and police were called to the beach near the resort’s Western Parade after the victim was pulled from the water and on to the beach by rescuers who saw that she was in trouble.

An ambulance crew was escorted onto the beach and tried unsuccessfully to resuscitate the woman who was certified dead at the scene.

The deaths come as the Royal Life Saving Society UK (RLSS) released a warning about swimming in open water spots without lifeguards as the heatwave continues.

RLSS UK’s Director of Research and Education, Mike Dunn, said: ‘In previous years we have seen a tragic amount of preventable deaths as people flocked to open water sites not suitable for swimming.

‘These sites included rivers, quarries, lakes and reservoirs – all of which have many dangers including very cold water, currents, obstacles and uneven depths. They look so inviting but can be deadly.’

Mr Dunn added: ‘We want people to enjoy water, but safely and sensibly – using their common sense and listening to advice. Do not be tempted to cool off in open water, we do not want another summer of tragedy.’