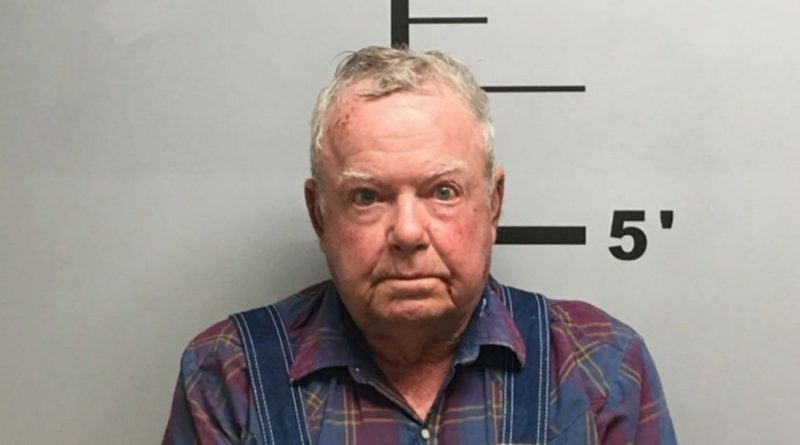 After finding several dead animals on his grave, Fred Allen McKinney’s family got permission to set up surveillance cameras around the cemetery.

When they reviewed the footage, they were stunned to see Joseph Alan Stroud, 79, dressed in a woman’s coat and wearing a wig, walking up to the grave and draping a dead animal over the late Mr McKinney’s headstone.

Shannon Nobles, Mr McKinney’s granddaughter, explained to the Arkansas Democrat-Gazette that her family began finding dead animals on the grave in May 2020. At first they had speculated that the animals had been poisoned by floral tributes left on the grave.

But over the course of a few months the family had removed a total of 16 dead animals from their grandfather’s gravesite – including one placed on top of the gravestone and leaving a brownish stain on it.

Ms Nobles added that it wasn’t until she spotted Stroud leaving the cemetery on the morning of July 31, and recognised his car as the one belonging to the mystery figure on their CCTV footage, that she realised who responsible and alerted the police.

On that occasion she also discovered a dead possum on the grave and eight live baby possums trapped inside a flower vase nearby.

When questioned, Stroud initially claimed the animals had been left as a “tribute.”

“I done it for his behalf to show him the animals were still here and everything like that,” he said, in court. “He just enjoyed animals and that there was more of a . . . a beauty than flowers and stuff.”

Responding to a followup question about his bizarre disguise, he said that he had worn the feminine wig and blue-and-white coat just to annoy people: “It was to agitate the people looking at me and following me around,” he said.

“I done it to upset them because my car was there and my license tag was there, and they knew it was me. I done it just to agitate them because I knew they were checking on me and stuff.”

However, it emerged that Stroud had feuded with Mr McKinney in the past and, according to Ms Nobles, Stroud had lost a court battle with her grandfather at one time.

Lawyer Alison Lee, acting for Stroud, has negotiated a plea deal based on her client having been diagnosed with vascular dementia,

He will now only have to admit to misdemeanour defacing objects of public respect, not the more serious felony version, according to The Arkansas Democrat-Gazette.

Mr McKinney’s family has agreed to the plea deal on the condition that Stroud pays for the headstone to be replaced.

“They will have to replace the headstone because of the blood and guts,” Benton County deputy prosecutor Tyler Hawkins told the court. “It’s permanently stained.”