Former Royal Navy officer, 44, who begged a judge not to jail him for drink-driving when he was caught almost four times the limit celebrates with a drink in a cocktail bar 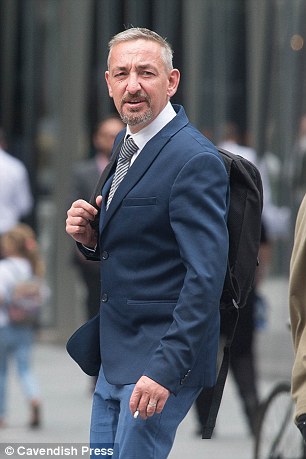 British ex-pat Andrew Taberner (pictured) was almost four times the alcohol legal limit when he was stopped by police on June 16 at 4.50pm

A former Royal Navy officer gave out a huge sigh of a relief and went to a bar just after he begged a judge not to jail him for drink driving.

British ex-pat Andrew Taberner was almost four times the alcohol legal limit when he was stopped by police on June 16 at 4.50pm.

Taberner was visiting his sister and was behind the wheel of a relative’s Mercedes at the time, which he was uninsured to drive the A140 vehicle, inquiries revealed.

The court was told that tests showed he had 124 microgrammes of alcohol in 100 millilitres of breath.

The legal limit is 35mg.

He admitted to drink driving and having no insurance.

Taberner currently lives in the Arabic country of Oman as a teacher.

The 44-year-old begged at Manchester Magistrate Court to avoid jail time, despite having admitted to being ‘very high on spirits’.

He said he had been drinking heavily with his sister following the deaths of his parents within five weeks of each other.

The twice-married man clasped his hands in the dock when the judge said his crime could carry a six-month jail sentence, which would lead to a loss of job and £1,100 lost in rent.

However the father-of-three then sighed with relief as he was told the prison stretch would be reduced and suspended due to his ‘early guilty plea and good character’.

Taberner is an ex-Chief Petty Officer and aircraft engineer.

Afterwards the 44-year-old could be seen in the Revolucion De Cuba bar before heading to the Turtle Bay which offers ‘2 4 1’ cocktails.

It is not known whether the drinks had alcohol in them. 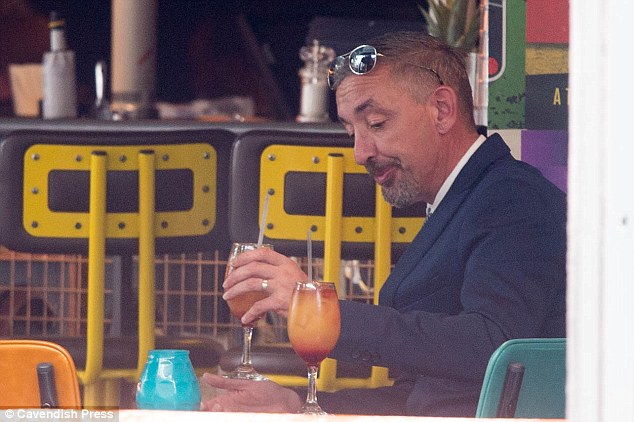 He admitted charges surrounding drink driving and having no insurance and begged the judge not to jail him so he can return to his job as a teacher in Oman (Pictured: Taberner after his court appearance) 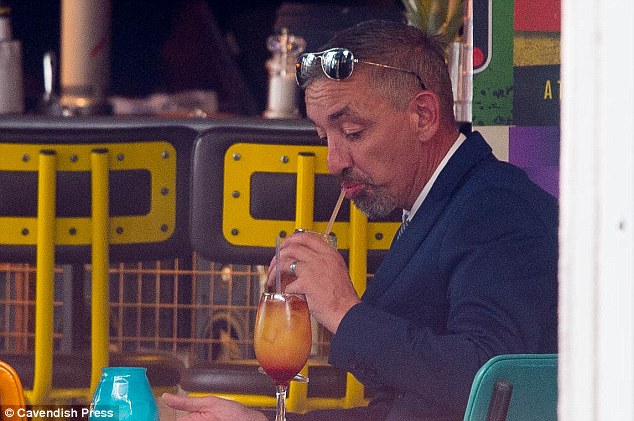 Afterwards the 44-year-old could be seen in the Revolucion De Cuba bar before heading to the Turtle Bay which offers ‘2 4 1’ cocktails. It is unknown if they were alcoholic (Pictured: Taberner after his court appearance)

Prosecutor Alan Backer said: ‘He smelled heavily of alcohol when stopped, and was taken to the police station. 124 is a high reading.’

A report on Taberner, compiled by an unnamed probation officer, was read to the hearing and said: ‘He said he felt fine when taking the vehicle but given the reading was 124 in breath he may not have felt as stable. He understands it was a stupid mistake – the car was lent to him by his cousin, and they said it was okay for him to drive. He understands this was naive on his part.’

‘He feels lucky to be teaching others in his job. He lives in a rented villa of £1,100 a month. His mum and dad passed away within five weeks of each other. His mother had been quite ill for some time. He feels that he is coping better now and is trying to support his sister. 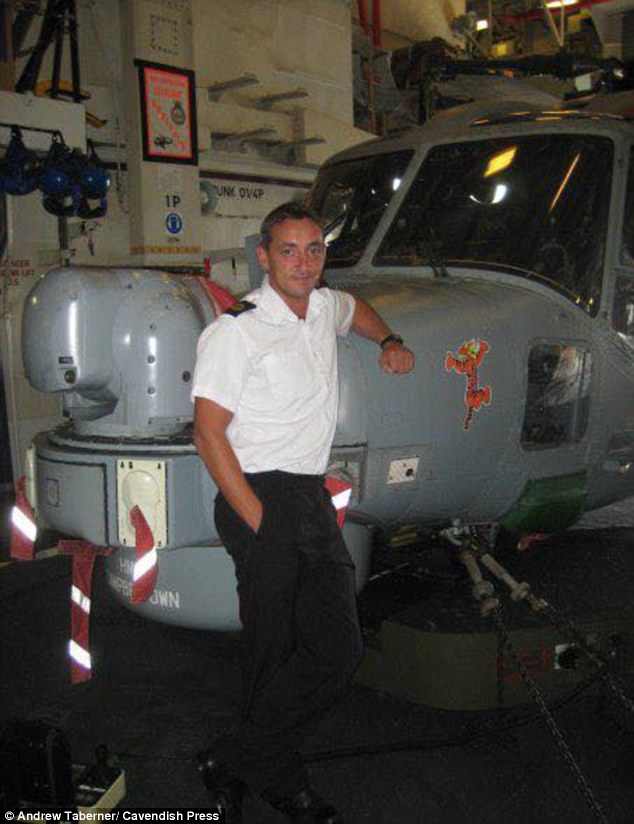 The father-of-three sighed with relief as he was told the prison stretch would be reduced and suspended due to his ‘early guilty plea and good character’ (Pictured: Taberner is an ex-Chief Petty Officer and aircraft engineer)

‘He has no issues with alcohol – he likes to have a drink on the weekend but does not drink in the week due to his job. His drinking has increased since the death of his parents. He is worried about being sent to custody.’

The report said that jail time would force Taberner to move back to the UK.

Taberner, who was unrepresented at the hearing, told District Judge James Hatton that he was ‘totally sorry’.

He said: ‘I am just sorry that I got myself in this situation and sorry for wasting your time. My wife knows about this and has punched me a lot. She doesn’t know how serious this is, and I didn’t really either until I came to court today – I don’t want to lose my job.’

But the judge replied: ‘Yes well I don’t want you driving over the limit with the potential to hurt someone. It was a very very high reading. Taberner, who was unrepresented at the hearing, told District Judge James Hatton that he was ‘totally sorry’

‘It’s not about wasting time, it’s about the fact that you would not even have been able to stand, never mind get behind a wheel of a car.’

‘However, due to your early guilty plea and good character, I am giving you an eight-week custodial sentence, which I will suspend for 18 months.

‘If you offend again you will be sent to prison.’

Taberner was ordered to pay £85 in court fees and a £115 surcharge. He was banned from driving for 30 months and offered a drink drivers awareness course.

Taberner is expected to fly back to Oman today.