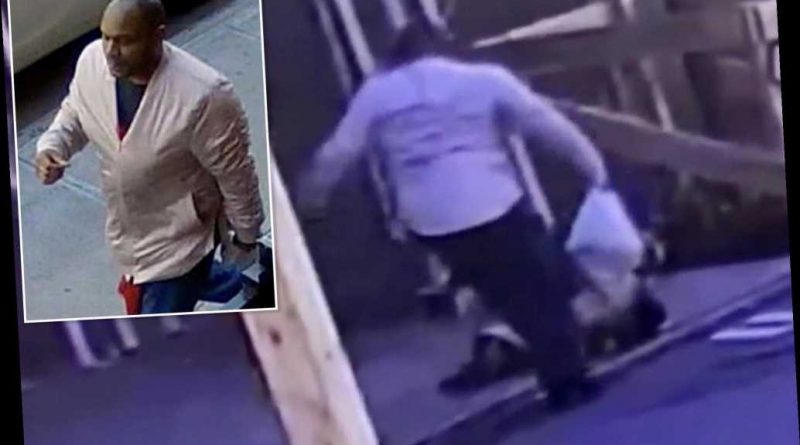 The man busted for the hate-fueled attack on an Asian woman in Midtown was out on parole for killing his own mother back in 2002, authorities said Wednesday.

He mercilessly punched and kicked the 65-year-old victim in front of an apartment building at 360 West 43 Street around 11:40 a.m. Monday, yelling “F–k you, you don’t belong here,” according to cops and police sources.

Elliot was arrested back in 2002 for the murder of his own mother in the Bronx, police said.

He was released on parole in November of 2019, state corrections records show.

He was previously arrested in 2000 for robbery, cops said.

At that time, he lived in the Olinville section of the Bronx, police said.

Elliot’s latest bust comes in the wake of a surge of attacks against Asian victims in New York City and elsewhere.