A man has died in a fiery car crash in Melbourne’s southeast after losing control of his vehicle while fleeing police in the early hours of Sunday.

The driver was first spotted at Stud Road in Rowville about 3.30am when officers tried to intercept the vehicle after it was identified as being related to an “outstanding matter,” police said. 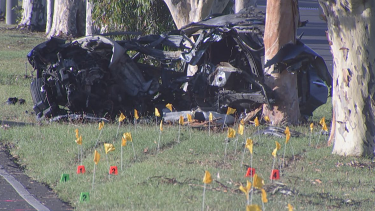 The driver was dragged from the burning car by police, but died at the sceneCredit:Nine News

Officers deployed tyre-deflation devices, damaging a right tyre of the car, which then drove onto the grass in the middle of the road before crashing into a tree and catching fire.

The responding police pulled the driver from the vehicle and provided first aid but he died at the scene. He is yet to be formally identified.

Detective Acting Sergeant David Miller said the impact of the tyre-deflation devices, known as ‘stop sticks’, could have contributed to the loss of control by the driver.

“As the vehicle’s been travelling down Stud Road, its front right tyre is deflating, so it’s going to give you less control of that car,” Sergeant Miller said. 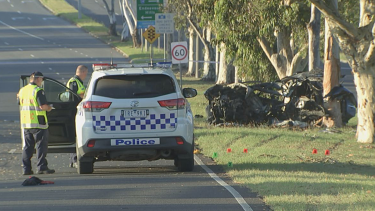 Victoria Police’s Professional Standards Command are overseeing the investigation into the crash.Credit:Nine News

Major Collision Investigation Unit detectives are investigating the circumstances surrounding the Rowville crash, as are Professional Standards Command, who will have oversight of the investigation given the death occurred following contact with police.

A report will also be prepared for the Coroner.

Anyone who witnessed the incident, or who may have dashcam footage, is asked to call Crime Stoppers on 1800 333 000 or www.crimestoppersvic.com.au. 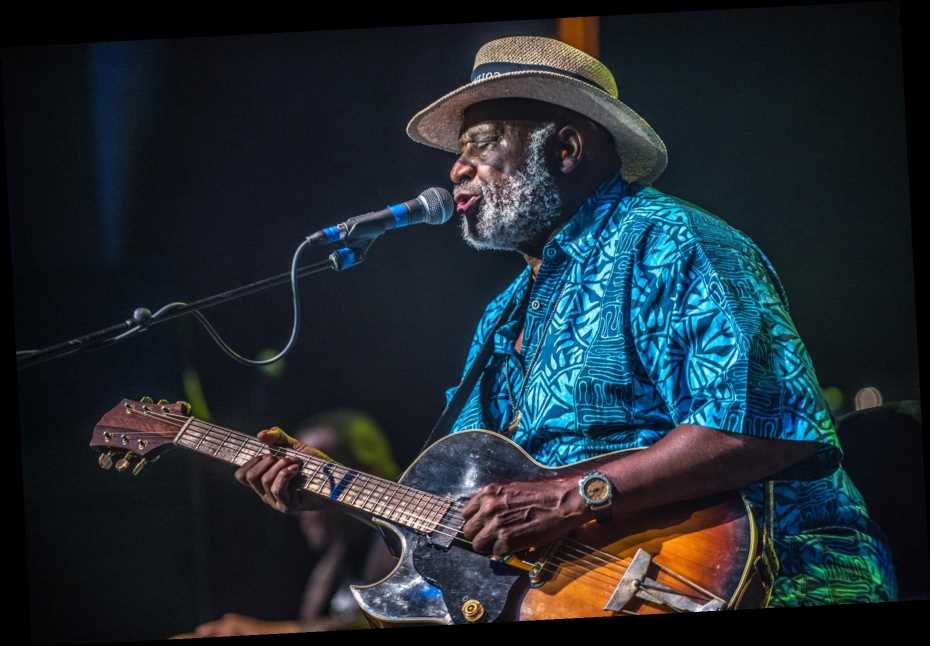