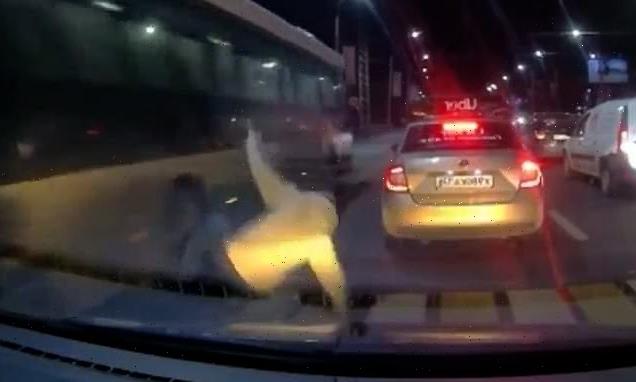 This is the heart-stopping moment a man narrowly avoided being hit by a bus while he ran across a pedestrian crossing.

The incident was caught on a dashcam on Saturday, and shows the man throwing himself backwards out of the way of the passing vehicle in Voronezh, southwest Russia.

The man manages to avoid a nasty collision and appears unharmed following the incident. 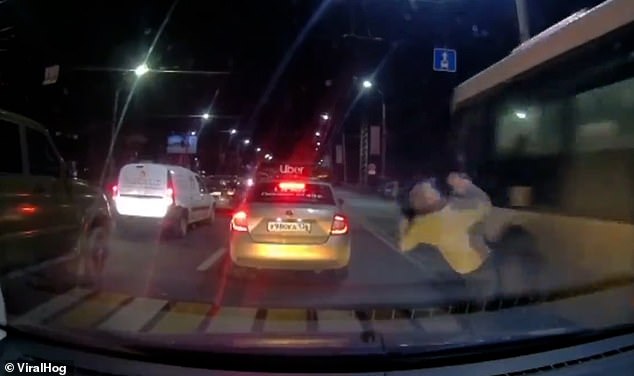 A dramatic video clip shows a pedestrian throwing himself out of the way of a passing bus as he attempted to cross a road in Voronezh, Russia 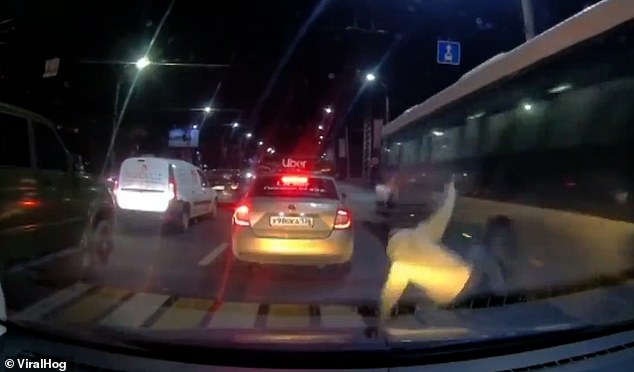 The pedestrian appears to escape unharmed after the incident, which was filmed with a dash cam on Saturday

The pedestrian is initially seen exiting from the passenger side of a 4×4 vehicle which has joined a queue of traffic with many cars stopped on a crossing.

The man, carrying a plastic bag and a black duffle bag, steps out of the car and onto the crossing, which is visible through painting on the road.

He runs in front of the vehicle’s dash cam and is about to enter the third lane of the road when a bus appears in shot and speeds past.

Fortunately, the man spots the vehicle in time, and attempts to stop running before throwing himself backwards out of harm’s way. 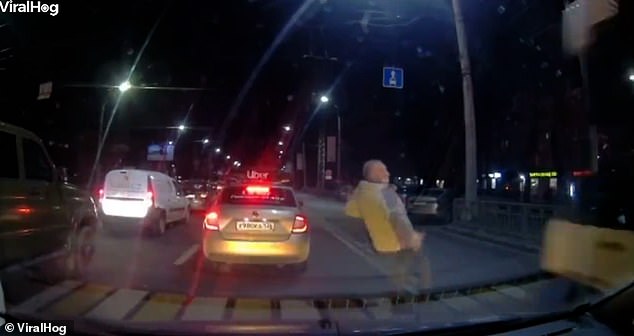 Fortunately, the man spots the vehicle in time, and attempts to stop running before throwing himself backwards out of harm’s way 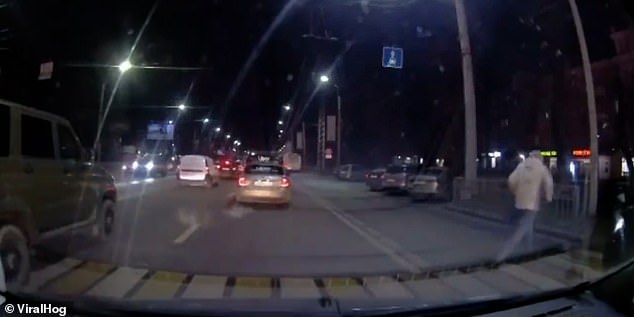 After a couple of seconds, the pedestrian gets back to his feet, and checks to see if anything else is coming before carrying on to safety

With the man on the floor, the bus continues along the road, while it is unclear if the driver has spotted the pedestrian.

After a couple of seconds, the pedestrian gets back to his feet, and checks to see if anything else is coming.

A black vehicle is seen stopping abruptly at the crossing as the pedestrian continues across the road to safety.

He disappears off camera as the rest of the traffic continues moving forward beyond the pedestrian crossing.