This is the shocking moment a man started smoking from a glass pipe while on a tram – with the smoke leaving fellow passengers with headaches.

He was on board a service in Manchester city centre and was filmed at around 3pm on December 4.

It’s unclear what he was smoking exactly but others on the tram claim it was an illegal substance.

The man was intensely focused on his pipe, heating it with a lighter before turning it in the flame and then inhaling the substance.

The person filming said the ‘awful’ smell from the pipe left them with a headache.

They told the Manchester Evening News: ‘Nobody said anything to him. I think everyone was too scared. You don’t know how people will react. 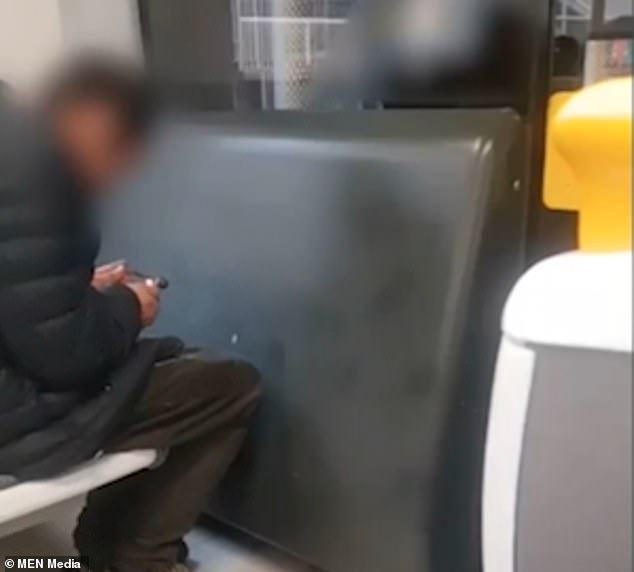 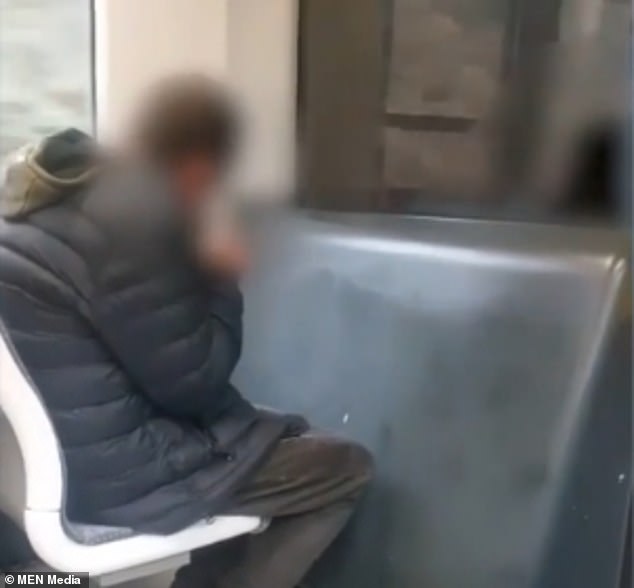 It’s unclear what the substance is but the smoke smelled ‘awful’ according to one passenger, who also said it gave him a headache

‘The smell from it gave me a headache. I can’t describe it, but it was awful. It’s just not nice.’

The tram service is run by Keolis Amey Metrolink. Its managing director advised passengers to report anybody smoking or doing any other anti-social activity.

Aline Frantzen said: ‘We know that anti-social behaviour worries our customers and makes their journeys unpleasant, which is why we’re doing more to tackle issues like this on the network.

‘If our customers do see issues like this, we’d urge them to report it via our call points or direct to GMP.’