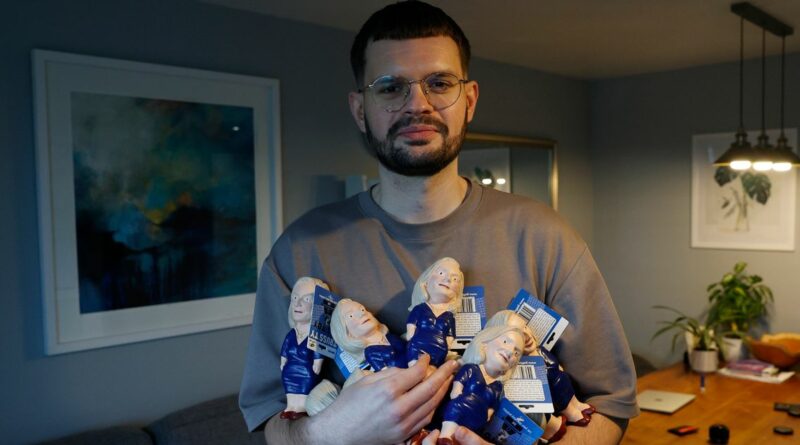 A bloke who hedged his bets and made 500 Liz Truss dolls is stuck with the items after the ex-PM failed to outlive a lettuce.

Daily Star infamously bested the former Prime Minister, whose time in power rotted away faster than that of a Tesco lettuce, but some of the leafy fallout has hit David Farquharson.

The 30-year-old, a novelty toy maker, decided to hedge his bets and put "all my chips" on a set of Truss dolls that look eerily similar to the shortest-reigning Prime Minister in history.

READ MORE: Daily Star lettuce captured the hearts and memes of the people on way to victory

Once the leadership race had elected Truss, Farquharson leapt at the opportunity to make some toys, but it appears to have backfired, MyLondon reported.

Farquharson said: "Initially, I was going to make a Boris Johnson toy but then partygate happened and I thought I should hold off. Once the leadership race started and I could sense Liz Truss was going to win, I thought, 'I'm going to get ahead start on this'.

"Around two weeks before she was elected, I said 'I'm going to put all my chips in on her'."

But it would appear the dolls are now nothing more than dog toys, with the 30-year-old admitting it has been a "funny experience" and a presumably delightful one for his pooch, Gus.

By the time his order had come through, Truss was gone, which Farquharson said he "couldn't even be angry" at. Costing around £3,500, the "fun spirit of things" has steered Farquharson through the tougher financial blow of ordering 500 Liz Truss dolls.

"Next time I do it, I will find a character who might have a bit more longevity to them," Daniel said, and to that, appears to have missed the chance to make 500 googly-eyed lettuce dolls.

He added: "It's so funny. I have spoken to some retailers about trying to stock Liz but it seems not many people want Liz Truss in their shop."