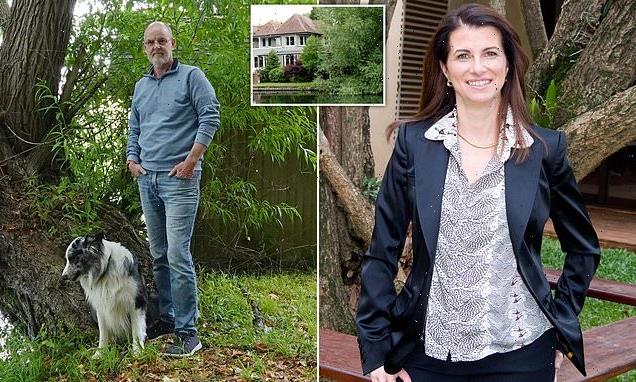 EXCLUSIVE: ‘My wife looks pretty with clothes on…less so with them off’: Wealthy husband, 59, admits he’s in the doghouse after begging planners to save tree outside his £4m home so passers-by won’t see his other half getting undressed

A wealthy businessman objecting to a tree being removed from outside his £4million home because passers-by might see his wife getting undressed says he’s in the doghouse with her after saying she looks pretty with her clothes on, but ‘less so when she takes them off’.

Robert Davies, 59, told a planning meeting that his wife Priscila Filleti’s privacy will be compromised if a 60-year-old willow tree is removed from outside his home to allow a floating pontoon to be built on the River Thames.

Mr Davies said the removal of the tree would allow people walking along a footbridge across the Thames a clear view into the couple’s bedroom.

He told council planners: ‘My wife looks pretty with her clothes on, less so without. The tree hides it, even in winter as it has so many cross branches.’

But Mr Davies says the tongue-in-cheek comment has backfired and left Ms Filleti furious with him.

Speaking to MailOnline, Mr Davies, from upmarket Henley on Thames, said: ‘My wife is angry and p****ed off at the remark. It was said in anger and an attempt at a bit of humour, but it was a very poor use of humour and disrespectful to women.

‘She is not happy, and I understand that. This issue is about privacy but also about losing a good tree.’ 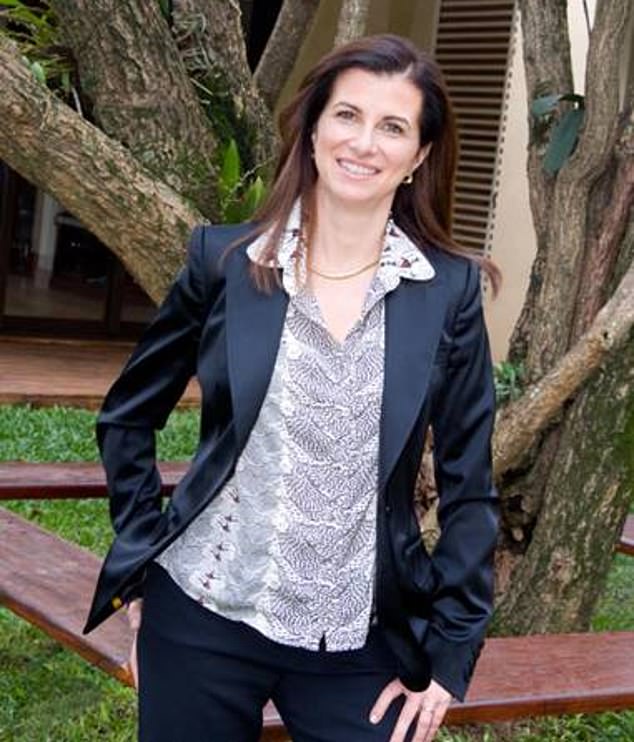 Priscila Filleti, whose husband Robert Davies is trying to block the removal of a willow tree outside their home amid fears that passers-by will see her getting undressed in their bedroom 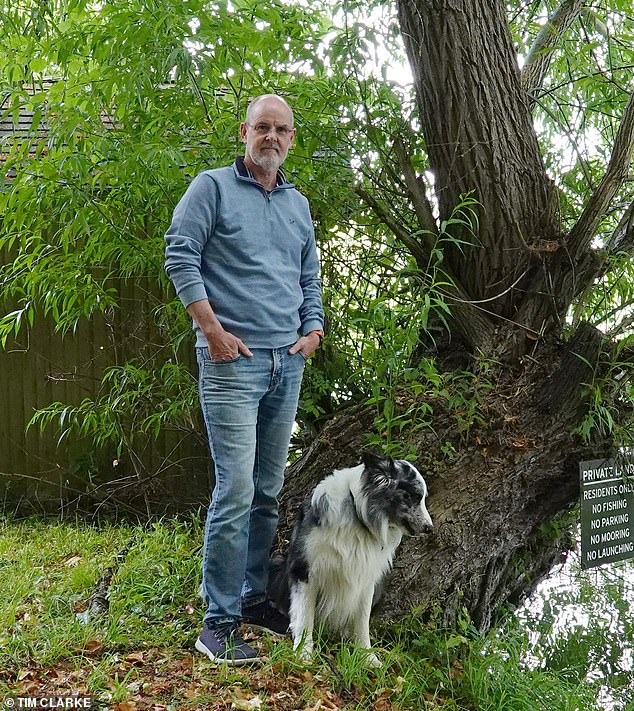 Mr Davies, pictured next to the willow tree with his dog 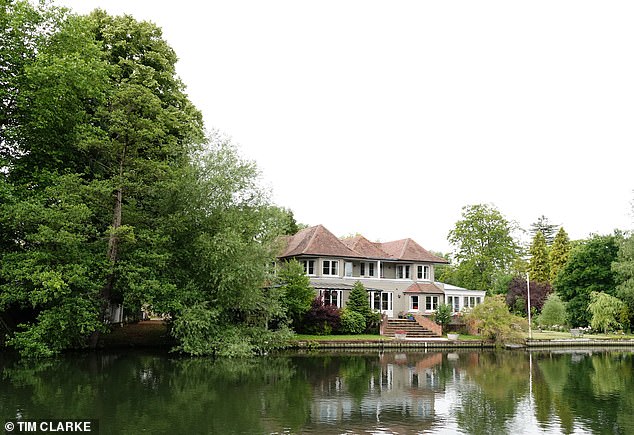 The couple live in a £4million house in Henley-on-Thames 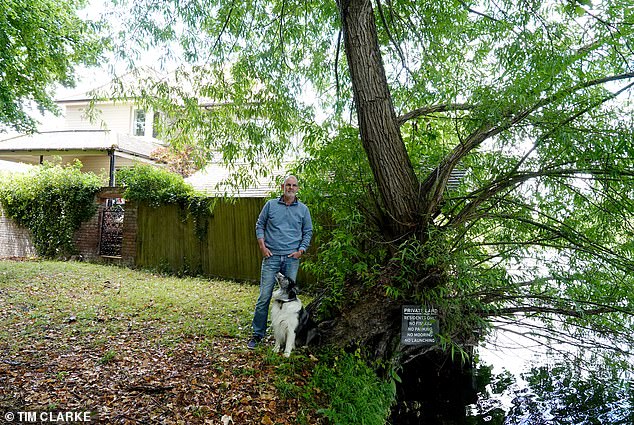 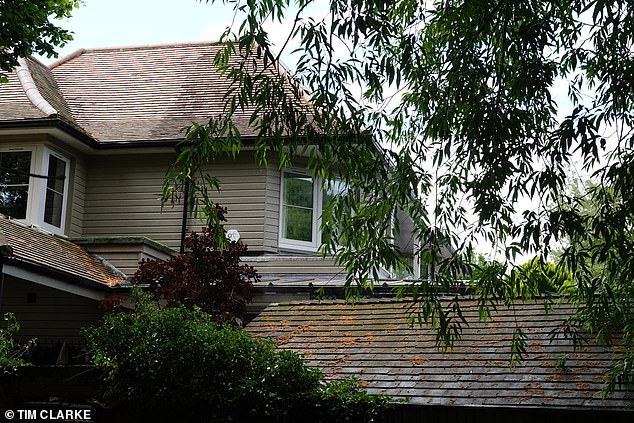 Her husband invited MailOnline into his home – and into his bedroom – where he says passers-by will have a clear view of his wife undressing.

The home has a panoramic view of the Thames through the five sets of windows. There are no net curtains of blinds to stop people from peering in as they walk along the bridge which is currently closed for repairs.

The willow tree that Mr Davies has objected to being removed obscures one corner of the bedroom that is closest to a public footpath that runs alongside Marsh Lock and Weir about a mile from Henley on Thames town centre.

The metal bridge is part of the Thames Path and allows members of the public to walk over the Thames before re-joining the fields that meander along the riverbank.

The Thames Path stretches for 185miles from London to Oxford.

The dispute over the tree has put Mr Davies up against four his near neighbours who have deeded access to a small landing that leads into the Thames and is alongside his home. 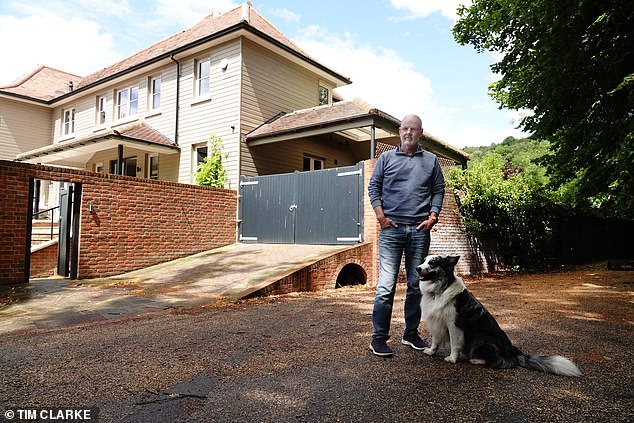 Mr Davies said: ‘My wife is angry and p****ed off at the remark. It was said in anger and an attempt at a bit of humour, but it was a very poor use of humour and disrespectful to women’ 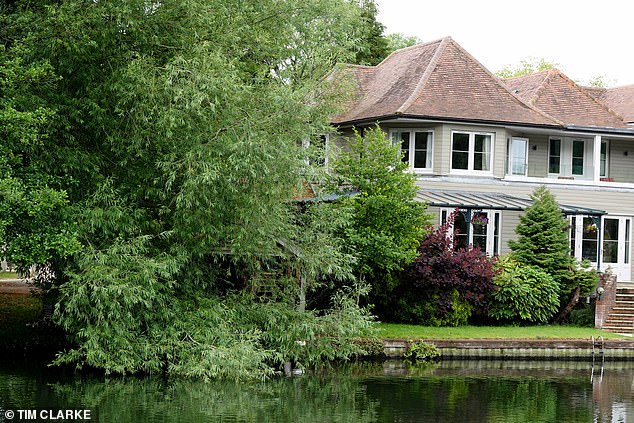 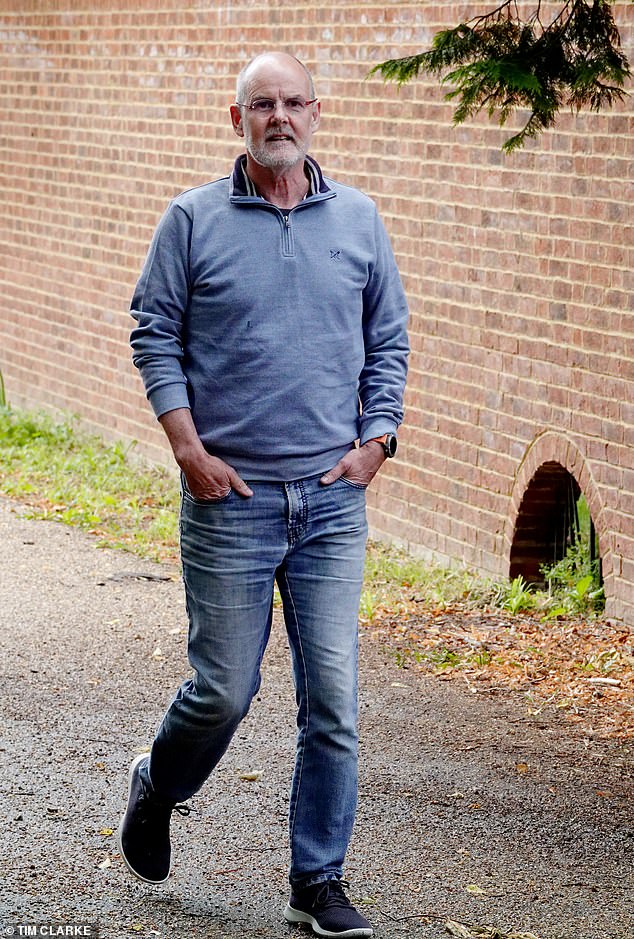 They have submitted a planning application that requires the removal of the tree.

Mr Davies said he was opposed the tree being felled due to his loss of privacy and fears others might attempt to use the landing as an access point to the river.

Only eight homes along a private road have direct access to the river.

One of those who submitted the plans wants to construct a floating pontoon so that paddleboarders have easy access to the water.

Mr Davies says he does not object to the floating pontoon but doesn’t see why the tree has to be ripped out from the riverbank.

Mr Davies said: ‘I am really not being a NIMBY (not in my backyard). This is about privacy but also about unnecessarily cutting down a perfectly good tree.

‘There is also the element that other people might come and use the landing, and I do not want to be the person who has to come out and tell them it is private land.’

One of the near neighbours behind the pontoon scheme said Mr Davies was being unreasonable and said a dispute over access began almost two years ago during the pandemic lockdowns. 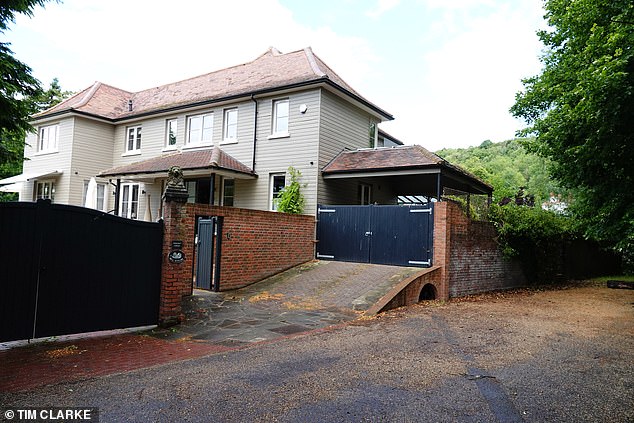 ‘There was a previous application that was rejected as the roots of a nearby Lime tree spread out into the area where the slipway would have been built,’ said the neighbour, who asked not to be named.

‘This was Mr Davies’s plan and they were rejected by the council. All along we have been guided by the council and the various experts who have come up with the latest plans. While the tree will have to be removed, we have said another tree can be planted. We have tried to be as reasonable as possible.

‘I know people will look at this and say it is just silly neighbours arguing over something trivial, but we have lived here a long time and we do have access to the river which we want to use.’

The estate homes along the private road are worth more than £3million each. One of the homes has a frontage stretching over 100m while another has its own tennis court.

The planning row will be decided on July 7.