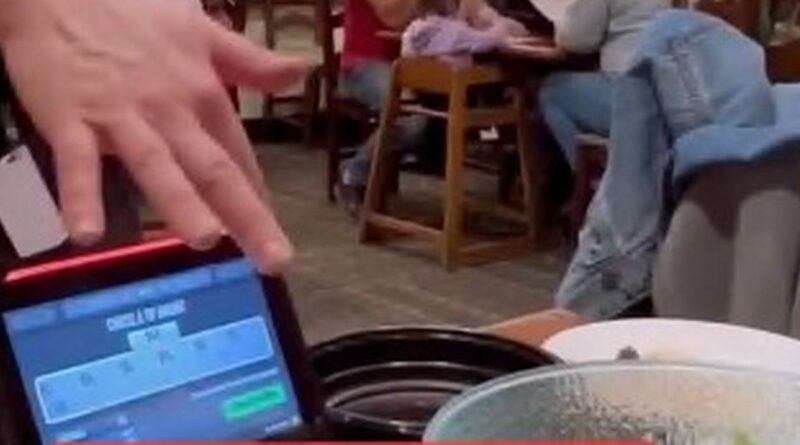 A man was accused of pulling a stunt when he filmed giving a waiter a generous 200% tip.

Khang, who claims to be a self-made millionaire through wholesaling real estate, posted a video on TikTok to show him doing a good deed towards a restaurant staff.

In the clip, he asks a waiter to swipe on the tablet as a gratuity lucky draw.

The man swipes across the tablet from left to right, then Khang says: "Boom! 200% Done."

The waiter thanked him and gave a thumbs up when he heard the amount of the tip he's getting.

But viewers didn't appreciate Khang for filming the good cause for views.

One said: "Why record it? That's lame. It's like you're forcing them to be grateful."

A second commented: "I hate when people act like this, flexing how much they tip, just be polite, tip and leave."

"Bro flexing a $100 tip but claims to be a multi-millionaire," a third added.

Some said the tip money is likely to be evenly split by all the workers at the branch so it won't be doing the waiter any good.

Khang later responded in another video: "It doesn't matter what you do, how you do, what you say, you will always be judged by somebody else.

"They will agree or disagree with you, the best to do is to ignore the noise, do and be you.

"I've had people saying that 'he's greedy, he doesn't donate or give back to his community', and when I do a video showing that I give back, they will say I'm flexing, I'm bragging, because I try to get views.

"So whatever you do, you are not gonna please everyone, so just do you."