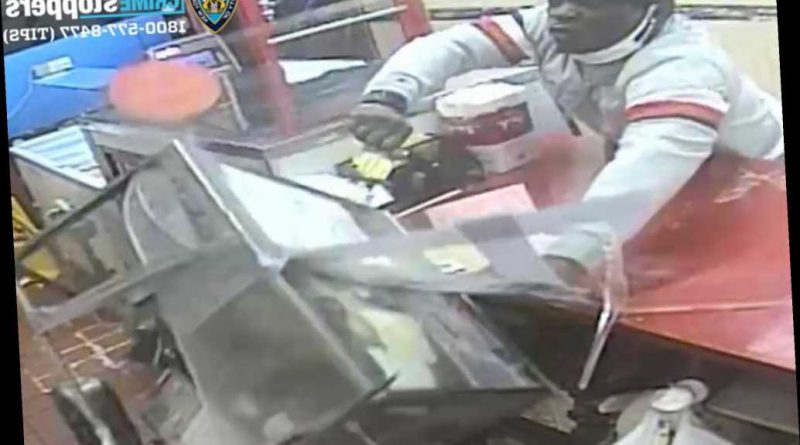 Capitol rioter spotted dangling from Senate balcony turns himself in

A man threatened to shoot a Brooklyn eatery employee and hurled a cash register to the ground when the worker wouldn’t give him any food for free, new video released by cops shows.

The hungry suspect walked into Crown Fried Chicken on Sutter Avenue near Alabama Avenue in Brownsville around 10:40 p.m. Dec. 27 and said, “Give me the food or I’ll shoot you,” authorities said.

Surveillance video released late Wednesday then shows the man throwing the cash register to the ground, damaging the counter.

The worker still refused to hand over any food, and the suspect took off, cops said.

He remained at large Thursday morning.