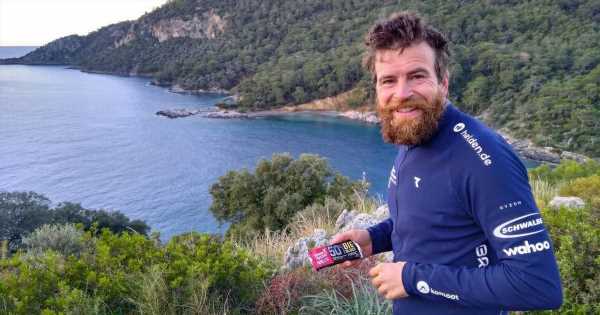 A German adventurer has embarked on a voyage to see if he can make his way around the world dodging coronavirus travel restrictions.

Jonas Deichmann's goal is to go around the globe cycling, running and swimming — but not using any transport involving a motor.

When Europe began to open up last summer after months of lockdown, Mr Deichmann (who in 2017 became the first person to cross Eurasia by "human power" alone) saw it as an opportunity.

"When I started out at the end of September the situation was not as it is now," he told the South China Morning Post.

"Covid-19 was there, but the second wave had not arrived and there were no mutations, and things were improving."

He left Germany and rode his bike through the Alps to Croatia and also swam 416km along the Adriatic coast for 54 days, which he says was "just horrible".

"From a mental perspective, there's just nothing to see. On a bike, there's always something to see, and you're making progress."

"I got stung by jellyfish all of the time, on my face. That's not fun."

Upon reaching Croatia in January Mr Deichmann set off for Turkey from where he intended to travel to China. But by this point the pandemic was inflicting a deadly second wave upon Europe and Asia, and borders rapidly began closing.

Turkey had placed its citizens under a night and weekend curfew but this did not apply to foreign visitors and the locked-down roads were free of traffic, which was "great for cycling".

Once he arrived in Turkey he knew he had to work out a plan B, as his original scheme of cycling to China was out due to the new travel restrictions.

He would have needed a special permit to enter each country he cycled through, meaning the plan was "doomed to fail".

Mr Deichmann decided to instead head to Russia but hit another snag when his visa application was denied.

He's using every contact he has to try to get himself a visa, but in the meantime he has had to come up with a plan C.

At the moment he's retracing his steps and intends to cross back into Bulgaria in about three weeks.

If he's able to get a visa he'll head east and cross into Russia in approximately 90 days.

If not, he's decided to turn around and do his trip in reverse: cycling back to Europe, sailing across the North Atlantic to the USA and then running to the Pacific coast.

"It would save me some time, as by the time I've done that it will be late summer and things will hopefully be open in Asia," he said.

On his personal website Mr Deichmann, who works as a motivation speaker when not travelling, say there's nothing he likes more than "going on big adventures and pushing myself to my limits".