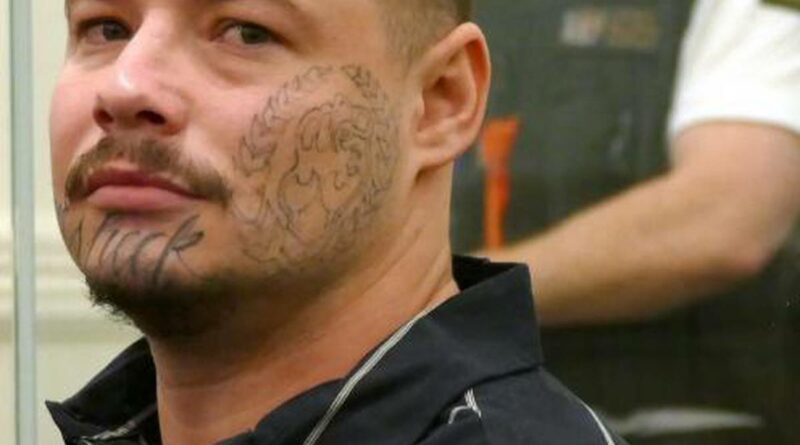 A man who abruptly ended a crime spree by accidentally shooting himself with a sawn-off shotgun has been jailed for three years one month.

Nicholas James Newton, 32, appeared in the Dunedin District Court this afternoon after pleading guilty to aggravated robbery, possession of a firearm and unlawfully getting into a vehicle – offences he committed while on parole.

The court heard the defendant would serve the entire sentence without parole since the offending represented his second strike.

There could be no explanation for cut-down firearms except for come “malevolent purpose”, Judge Michael Turner said.

His co-defendants Dakia John Henare (26) and Tyrone Kamal Henare (28) were locked up for four years and four months, and three years and two months respectively when they were sentenced in July.

The spree began on the eve of the nationwide Covid-19 lockdown on March 23 last year when Newton, Dakia Henare and another man were driving in a stolen Subaru in Kaikorai Valley Rd.

They parked outside the automatic doors of the Z service station.

One of the men, heavily disguised, ensured the entrance was clear and Newton – wearing a hat, hood, sunglasses and gloves – entered wielding a sawn-off shotgun and pointed it at the sole attendant behind the counter.

Newton ordered him to put cash and tobacco into a bag, and they made off with $200 and up to 20 pouches.

The driver entered the Mobil forecourt then reversed at speed into the frontage, causing severe damage.

Tyrone Henare, with a long-handled axe, and another man with a crowbar laid into the vape and tobacco cabinet but could not smash it open.

Instead, they loaded the cash register into the car and sped off.

The Level-4 lockdown kicked in at midnight that night but it only marked a brief hiatus in the offending.

On April 2, Newton was dropped off by the Henare brothers outside the Dunedin Hospital with a shotgun wound to his chest.

He told medical staff he had been taking a weapon out of the boot that night and it had “gone off”.

Meanwhile, the Henares sped through Central Dunedin and turned left into Hanover St.

At the intersection with Cumberland St, he continued east through a red light before taking a right turn heading south on the one-way system.

As the driver speed through another stop light, he hit the side of a bus and came to a rest on the footpath.

Both occupants of the car fled on foot and threw the sawn-off shotgun responsible for Newton’s injury onto the roof of a nearby building.

They were soon found by a police dog unit, as was the firearm.

He started using and growing cannabis when he was primary-school age and first tried methamphetamine at 15.

Judge Turner accepted the defendant’s traumatic upbringing which featured an early introduction to gangs and a lack of positive role models.

However, he measured that against Newton’s “extensive and appalling history of criminal behaviour”.

Among more than 70 previous convictions were 10 for burglary and a multitude of dishonesty offences and violence, the judge said.

Newton was assessed as a high risk of reoffending and of harming others.