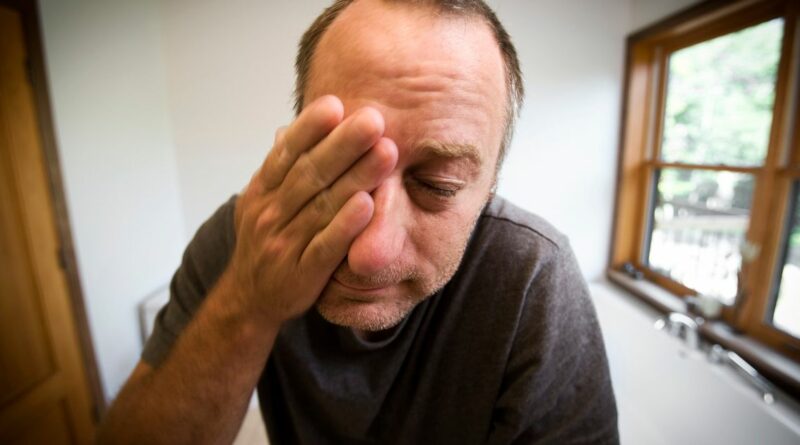 A man put behind bars for two months on suspicion of spraying a 'corrosive' liquid during a row has been freed from prison after prosecutors couldn't prove it wasn't just Cherry Lucozade.

Matthew Harwood was held on remand since the start of March this year whilst experts tried to identify the liquid.

The 41-year-old had pled guilty to a charge of assault causing actual bodily harm, but denied the prosecution's accusations he had squirted an unknown corrosive substance from his drink bottle, Leicestershire Live reports.

The victim experienced a burning sensation which blinded him for 20 minutes, although he had been able to speedily return to his daughter's home to wash his eyes.

Harwood, of Upper Temple Walk, Beaumont Leys, Leicester, appeared for sentencing at the city's crown court on Friday, when the prosecution reported the results of the analysis. "Tests have concluded there was nothing to suggest it was a corrosive substance," Prosecutor Ben Gow told the court.

Recorder Simon King asked Mr Gow: "The defendant has always maintained it was Cherry Lucozade. Does the Crown accept that?"

Mr Gow replied: "The Crown could not refute that."

The prosecutor continued: "Nothing of consequence was detected. The only caveat was that, had it been ammonia, which is highly volatile, it would have evaporated.

"The substance was not dangerous. Nevertheless, it caused an injury to the complainant, who was not able to see for some 20 minutes."

Harwood turned up at the home of a former partner in April this year and an argument broke out, Mr Gow said.

The victim happened to pass by as the argument continued and had tried to intervene, he added.

Mr Gow said: "When the defendant was told to leave and that the police would be called he replied 'I don't care about the police, nobody will stop me'.

"The defendant was sitting on his bike at that moment and as the complainant was passing there was a brief altercation between them.

"The defendant had a bottle in his hand and squeezed it toward the complainant and stated something like 'this will slow you up'.

"The complainant could not see and had a burning sensation in his eyes and thought he had been blinded. He went to his daughter's house and they washed his eyes as best they could. He said it felt like there was sand in his eyes.

"His daughter said she smelled chemicals as he ran past her. There was a fear at the time the liquid was of a corrosive type. He had difficulty opening his eyes for some time. So, he suffered actual bodily harm (ABH), but it was only transient."

Harwood's legal representative Kelly Cyples told the court: "This is nothing more than animosity between a man and his previous family which resulted in him spraying his drink at someone. It was a very foolish act."

Recorder Simon King told Harwood: "Quite frankly, I take the view you should not have been imprisoned on remand for the past two months.

"We now know that the substance involved in this attack – and it was an attack – cannot be proved to be anything other than what you have said – that is, Cherry Lucozade or another soft drink.

"You pleaded guilty at an early opportunity and you are entitled to full credit for that.

"A pragmatic sentence seems to be one of two months imprisonment. I am sorry this has been the way things have turned out for you in this case.

"I hope you will able to achieve your release as soon as possible."

Harwood was taken back into custody and told he would be free that day or the next.