An armed robber threatened a Post Office employee with a knife before fleeing after a colleague pressed the panic alarm and later denied that he commits robberies despite overwhelming evidence.

Wearing a motorycle helmet, footage shows Syed Ahmed entering a Post Office in Sunderland in Tyne and Wear and ‘brazenly’ grabbing one of the workers.

The 30-year-old then demanded another staff member hand over money from the till while menacingly holding the knife but the employee pressed the panic button – causing a smoke cloud to fill the premises.

CCTV footage from inside the shop shows him being ‘spooked’ and running off empty handed on February 8, 2021.

Ahmed then threw away the knife, which was smeared with his DNA, over a wall in an attempt to cover up the crime but this was found by police.

In a police interview, Ahmed claimed he ‘doesn’t do robberies’ and insisted on his innocence throughout a two-day trial but the jury at Durham Crown Court did not buy this and he has been jailed for five-and-a-half years. 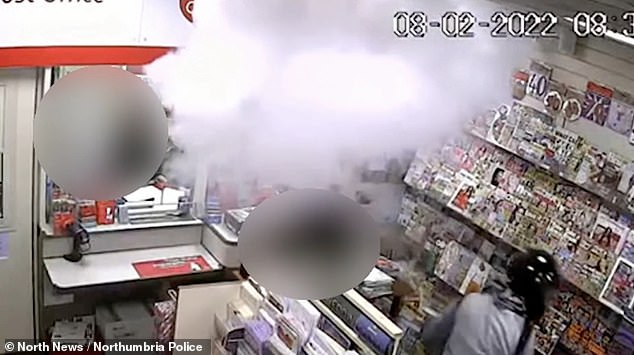 CCTV footage from inside the shop shows Ahmed being ‘spooked’ by the panic alarm which filled to shope full of smoke and running off empty handed on February 8, 2021 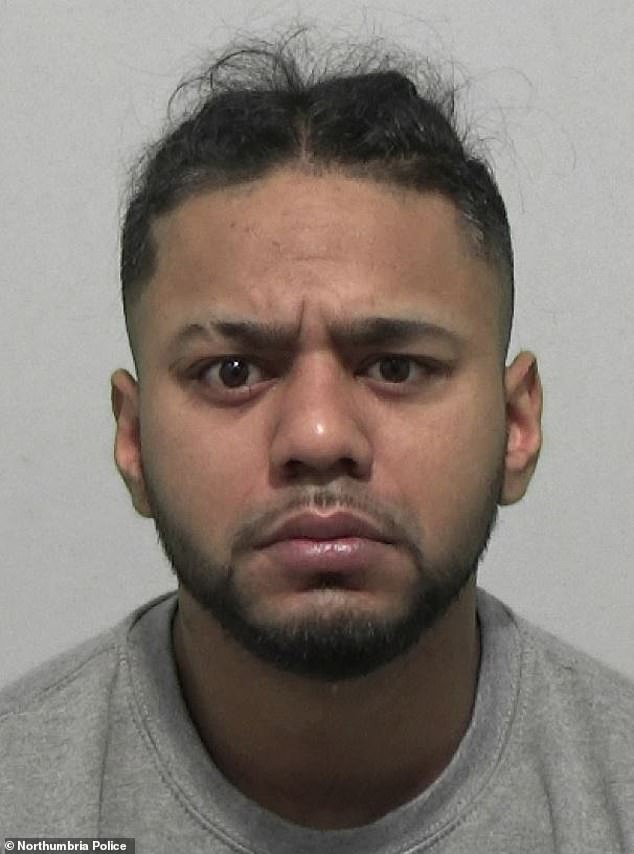 Wearing a motorycle helmet, Syed Ahmed entered a Post Office in Sunderland in Tyne and Wear and ‘brazenly’ grabbed one of the workers

Ahmed, of Ranson Street, Sunderland, denied attempted robbery and possessing a bladed article but was found guilty by a jury following a two-day trial at Durham Crown Court on Thursday.

Detective Inspector Alan Whittle, of Northumbria Police, said: ‘This was a real team effort to bring Ahmed to justice and I would like to thank everyone involved – from the victims to the officers who pulled together a compelling case.

‘There is absolutely no place for violence in our communities and this was an appalling incident that inevitably caused significant distress to the victims, who were simply doing their jobs. 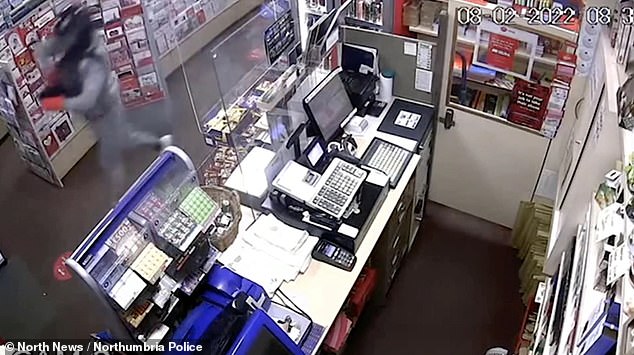 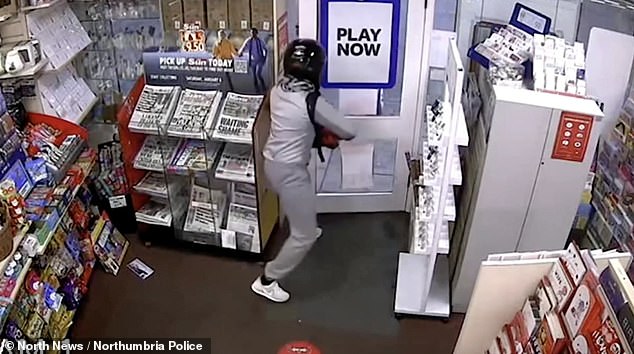 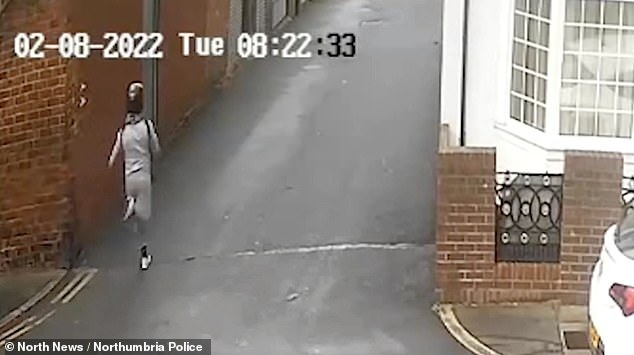 ‘Ahmed’s brazen behaviour quickly reversed when he was spooked by the smoke cloud, and after leaving empty-handed, he tried to do everything he could to cover up his deception.

‘In the end, it was fantastic work by officers and our Forensic Services Department who were able to locate and seize the knife, which was irrefutably proven to be linked to Ahmed.

‘I am pleased that the severity of Ahmed’s crime has been reflected in this custodial sentence, and we will continue to do everything we can to target perpetrators and bring effective justice against them.’