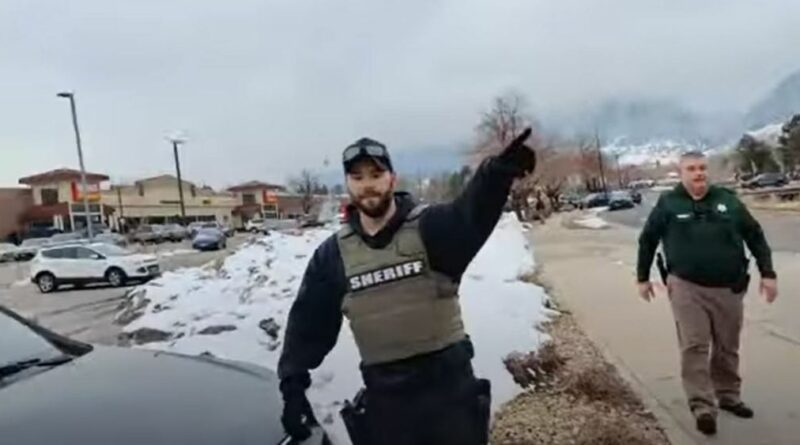 A Boulder County judge on Tuesday allowed the criminal case to go forward against the man charged with police obstruction after he livestreamed the 2021 mass shooting at the Table Mesa King Soopers grocery store.

Dean Schiller, 44, had argued his actions were protected by the First Amendment, but Judge Zachary Malkinson on Tuesday declined to take up that argument, saying it was outside of his authority to consider at this point in the case.

RELATED: 58 minutes of terror: How the Boulder King Soopers shooting unfolded
He agreed, however, to hear additional debate on Schiller’s argument that he never should have been prosecuted under the state’s obstruction law, which specifically prohibits anyone from being charged with obstruction of a police officer merely because the person “stated a verbal opposition to an order by a government official.”

“This amounts to a retaliatory and selective prosecution that is not in comport with the clear legislative intent of the obstruction statute,” Schiller’s attorney, Tiffany Drahota, wrote in a motion to dismiss the charge. “Throughout Mr. Schiller’s three hours of filming the police, there is not a single example of Mr. Schiller getting in the police officers’ way, impairing them or hindering law enforcement from doing their job.”

However, that clause prohibiting prosecution solely for “verbal opposition” was added to the law as part of a wide-ranging criminal justice reform bill in 2021 and took effect in March 2022, almost a year after Schiller was charged. That means the unamended statute applies to Schiller’s case, said George Brauchler, former district attorney in the 18th Judicial District.

“It’s what the law was when he violated it,” Brauchler said. “But the bigger question is, should the prosecution move forward with something that the legislature has come back and said, ‘We don’t want this to be a crime anymore?’”

A spokeswoman for the Boulder District Attorney’s Office did not immediately return a request for comment. An investigator with the office previously accused Schiller of resisting attempts to physically move him from the scene.

Schiller, who regularly responds to police incidents and livestreams video of their actions to YouTube, just happened to be at the Table Mesa King Soopers on March 22, 2021, when the mass shooting began. He’d gone to the store with his roommate, Denny Stong, 20, who was one of the 10 people killed in the attack.

Schiller began livestreaming video to YouTube before police arrived at the grocery store, at one point walking to the entrance of the store, where he captured footage of three bodies before he retreated amid the gunfire. He directed police inside when they arrived and also told passersby to stay away.

Over the next 90 minutes, Schiller ignored about 60 different requests from law enforcement to leave the area, according to the Boulder County District Attorney’s Office, which said his livestream “jeopardized the lives and safety of all responding police officers, as well as the safety and lives of the victims inside.”

When told to leave, Schiller told officers that he was a journalist, responded with profanity, yelled and sometimes moved back as officers told him to, Drahota wrote.

Schiller on Thursday said he believes he acted within his rights.

“Maybe I could have used better words or acted more appropriately, but considering the circumstances, I was just kind of… People were dying and I wasn’t really thinking clearly,” he said.

The public has a clearly established right to film police officers in Colorado, said Jeff Roberts, executive director of the Colorado Freedom of Information Coalition. But that right is not absolute.

“This right is qualified, subject to reasonable time, place and manner restrictions, so what that essentially means is you can certainly record the activities of police, but you can’t interfere with their duties,” he said. “…In this case, we’ll see what is meant by that. This person was charged with obstruction because there was a sense that he was interfering. So we’ll see.”

Schiller is due in court Friday and scheduled for a jury trial in October.