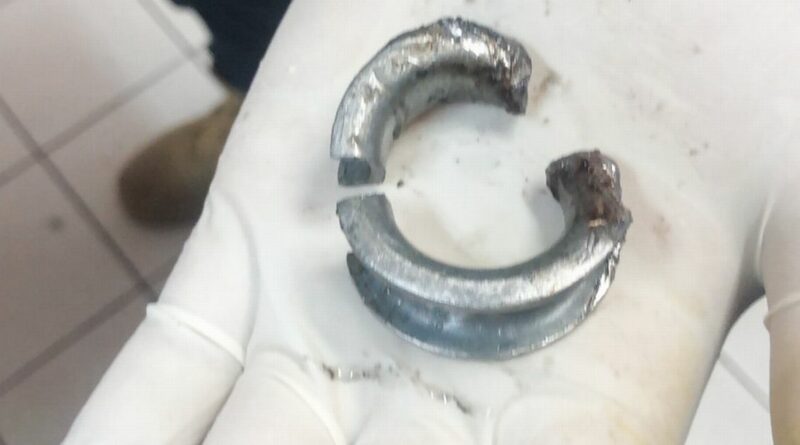 A man who shoved a metal ring around his penis in a bid to make it bigger has finally had it removed by firefighters.

The 35-year-old, from Thailand, walked around with the trapped ring for four months until the pain became unbearable.

He reportedly placed the ring around his genitals on Valentine's Day last year, under the bizarre belief that it would increase his size.

But it eventually stopped circulation to his shaft which caused severe swelling.

He was rushed to Krungthai General Hospital in Nonthaburi province on October 1 and alerted medics. The doctors, however, could not help him on their own, and had to call in volunteer firemen from the Ruamkatanyu Foundation to safely remove the ring from the local's bloated member.

Wielding cutters and power tools, the rescue team crowded around the man's nether regions and proceeded to hack away at the constricting accessory. It took more than an hour for them to free the villager's willy as they were careful not to graze it with the sharp instruments.

Doctors said the ring was removed just in time, as the man's penis was on the verge of infection and was at risk of amputation. Somchai Chokchai, one of those from the rescue group involved in removing the ring, said: "The man said he had been wearing the iron ring on his genitals for four months. He hoped that it would make his penis bigger but it became inflamed because the blood could not circulate easily.

"The patient said he had been using rings on his penis for four years but this was the first problem.

"The device was carefully removed because if we did it wrong, it could cut and injure him. The whole process took more than one hour."