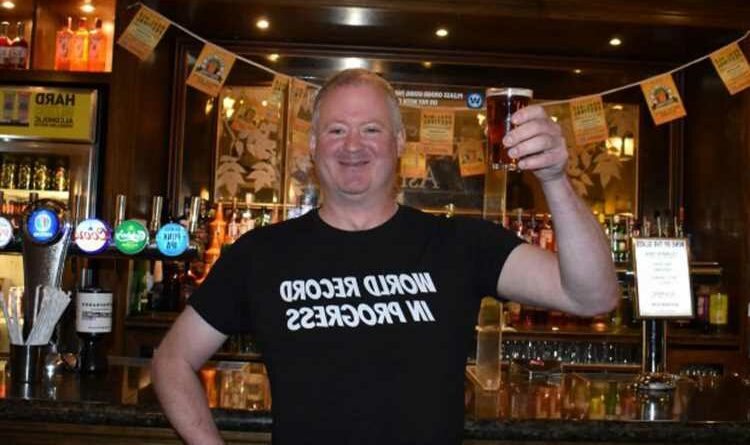 A MAN went on a 51-boozer pub crawl in nine hours — and drank just four pints of beer.

Matt Ellis, 48, mainly stuck to orange juice but is claiming a world record. 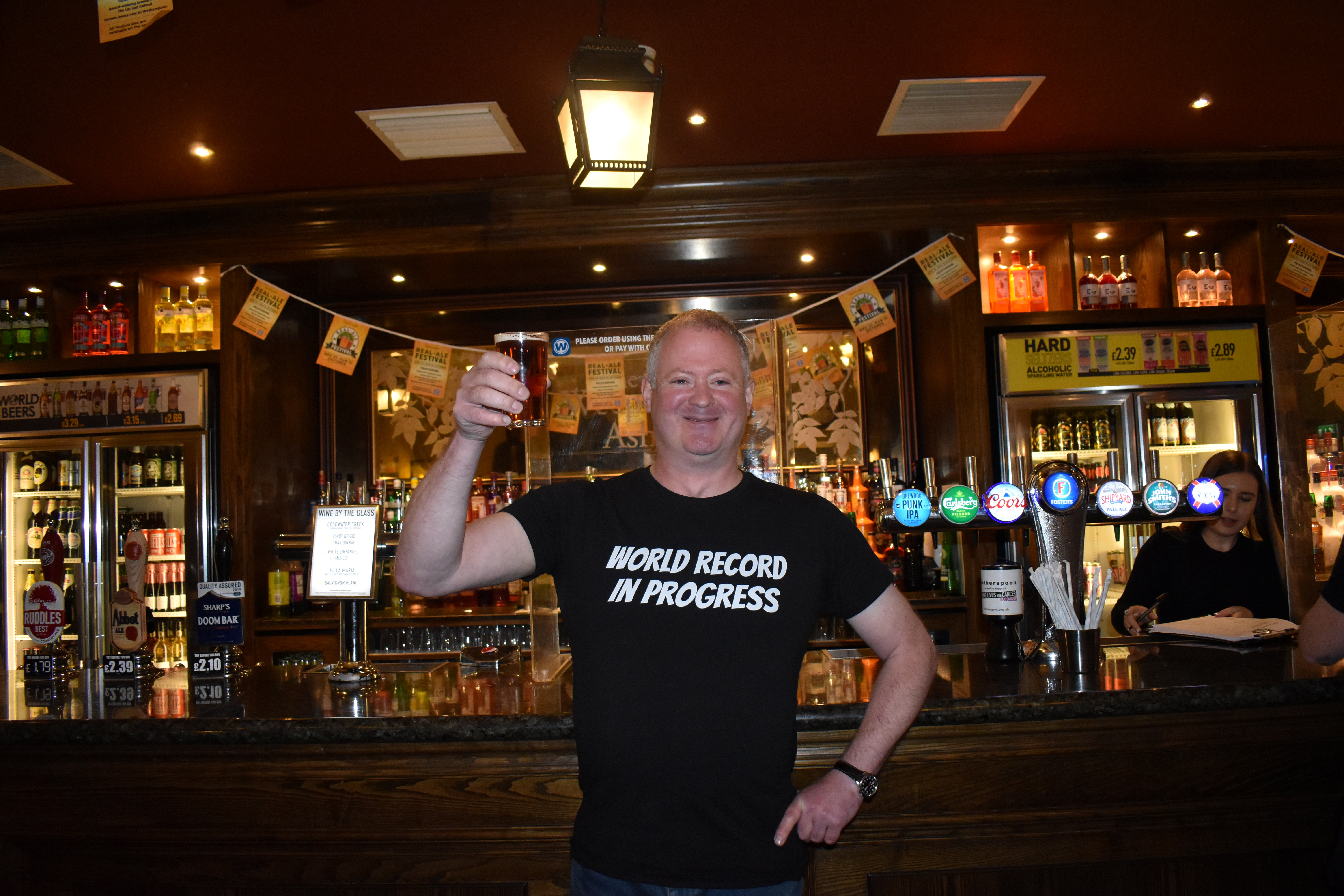 He said: “I wanted to keep it responsible and didn’t drink too much for my health.”

After a full English, he kicked off with a half-pint of beer in a Cambridge Wetherspoon at noon on Sunday.

He then darted round local pubs, spending around four minutes in each while drinking at least 125ml.

He mainly stuck to soft drinks, including orange juice and diet Coke, interspersed with a rare beer.

He finished in his hometown of St Neots, Cambs, after downing 6.3 litres of liquid in eight hours, 52 minutes.

Matt said: “Maybe several years ago I would have made it with 51 alcoholic drinks but not now.

“During the night I went to the loo six or seven times.”

Matt said his aim was to support struggling pubs, adding: “It’s been a really bad year. I wanted to raise their profile.” 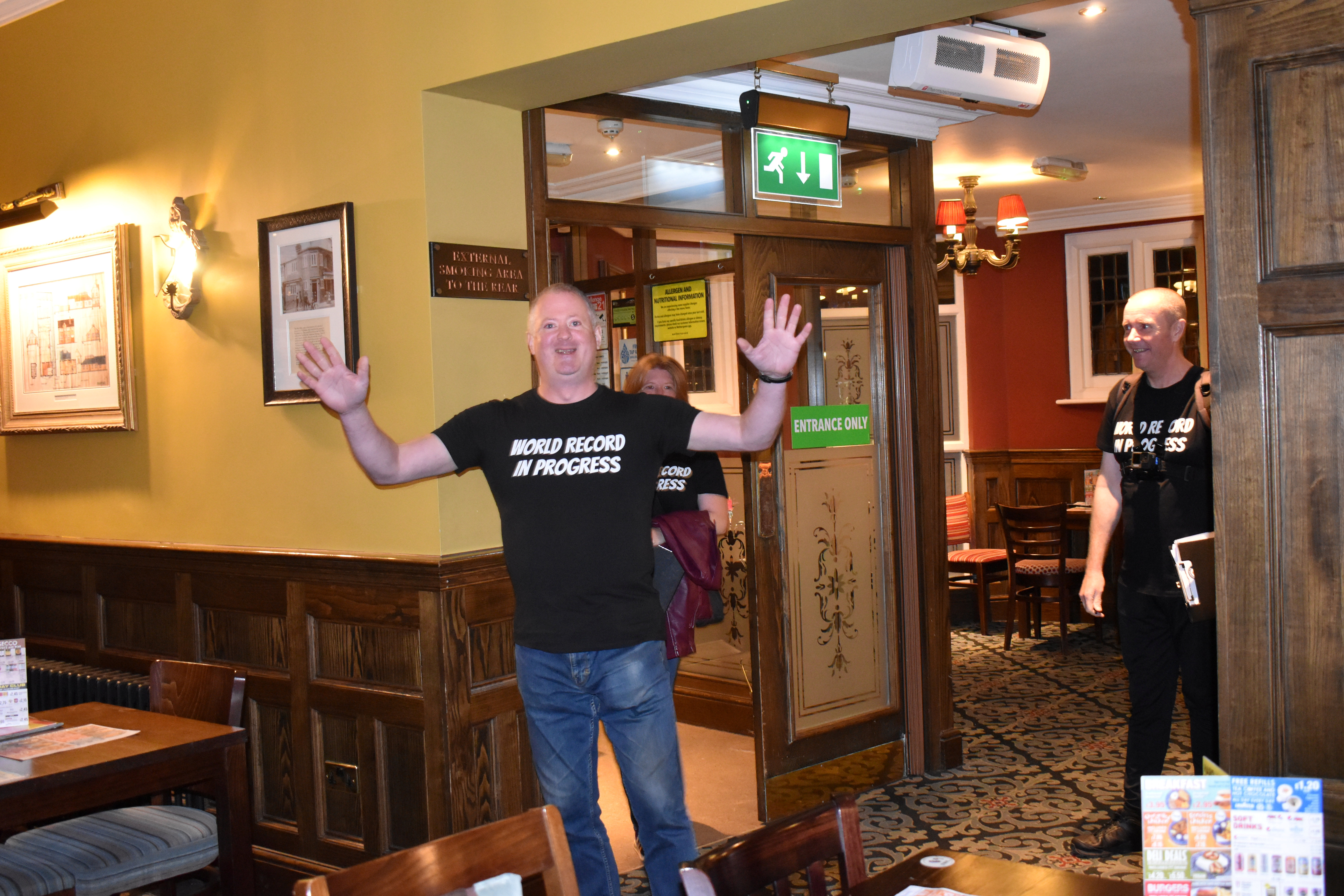 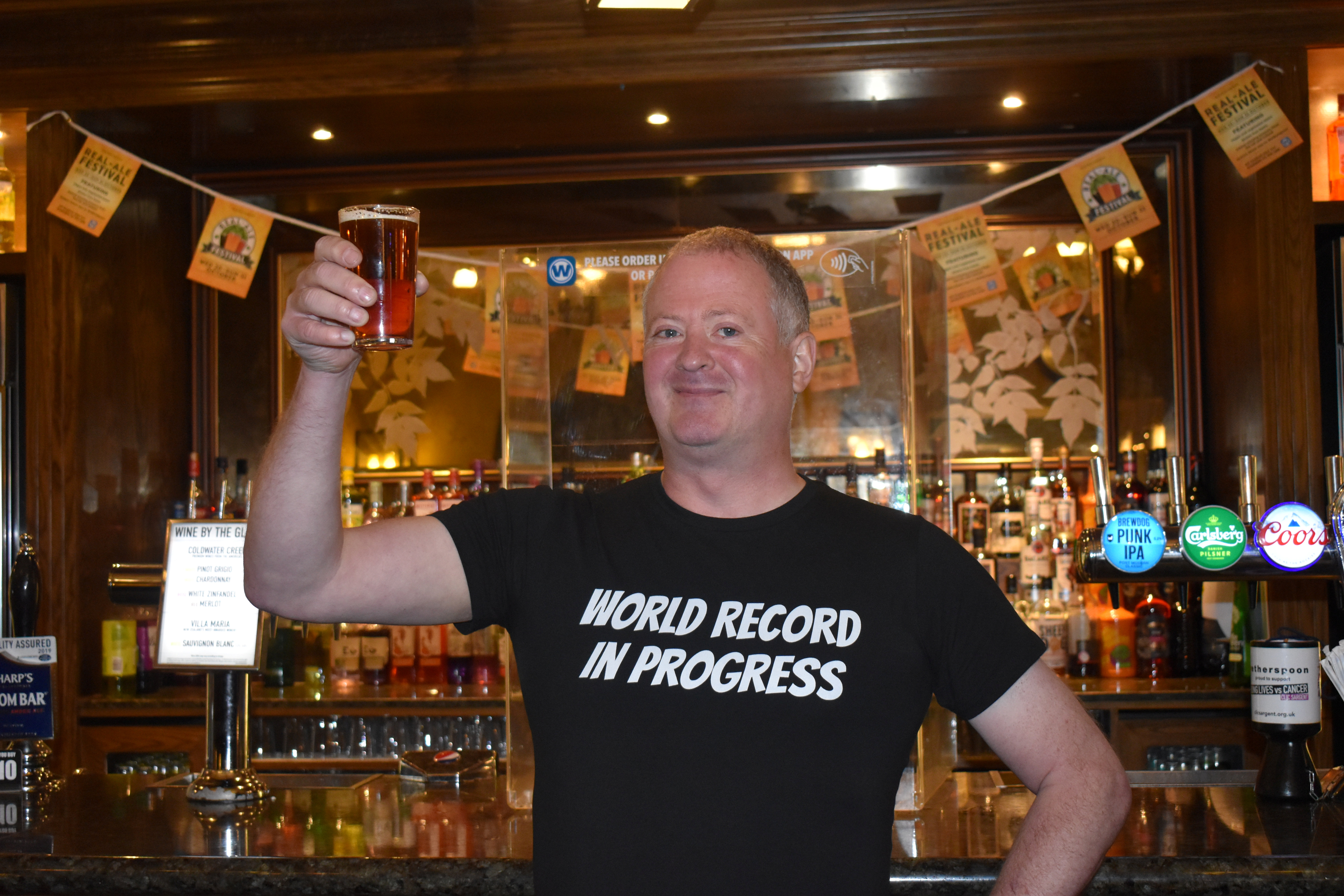