Manchester Airport has been evacuated this morning amid reports of ‘loud bangs’ and the floor ‘collapsing’.

Pictures have been posted on Twitter showing a crack in the wall around a steel beam while huge crowds have been seen waiting outside.

The incident has sparked ‘mad panic’ according to one passenger.

The traveller wrote on Twitter: ‘Been stood for 20 minutes where the temporary floors sound like they are collapsing.

‘Finally evacuated outside. Trying to go on my cruise. Not great communication.’

Another passenger claimed there had been ‘flooding’ near gate 212 causing flights to be ‘suspended’. 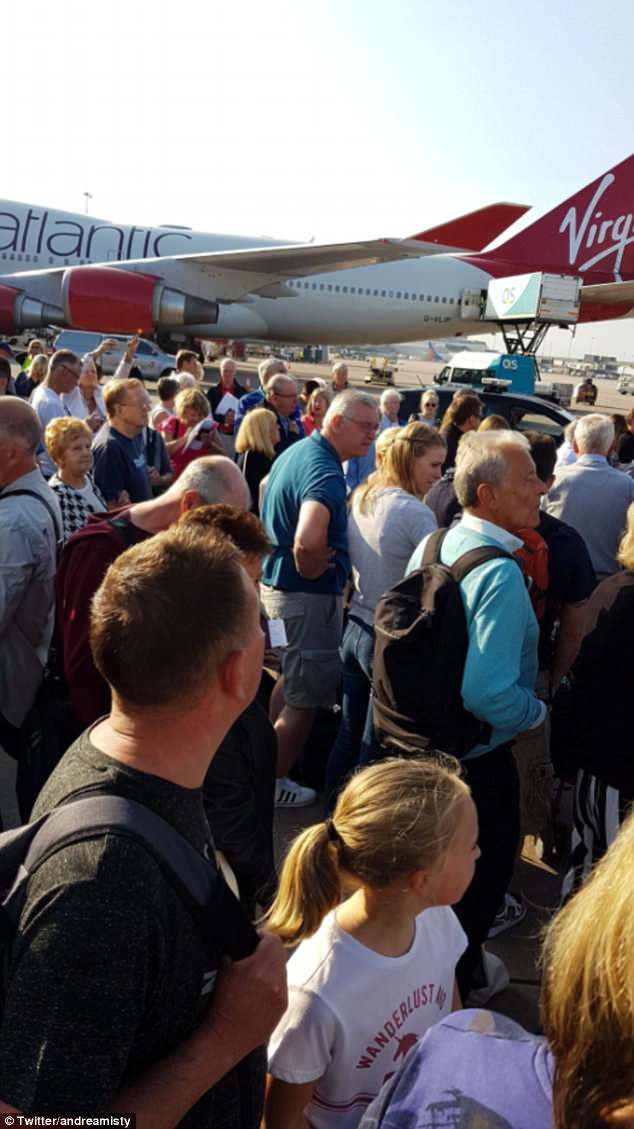 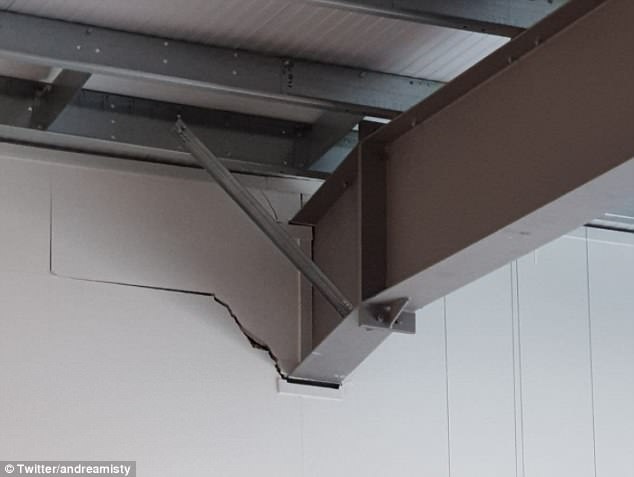 There have been reports of structural damage, with a picture of a crack in a wall posted on Twitter, pictured 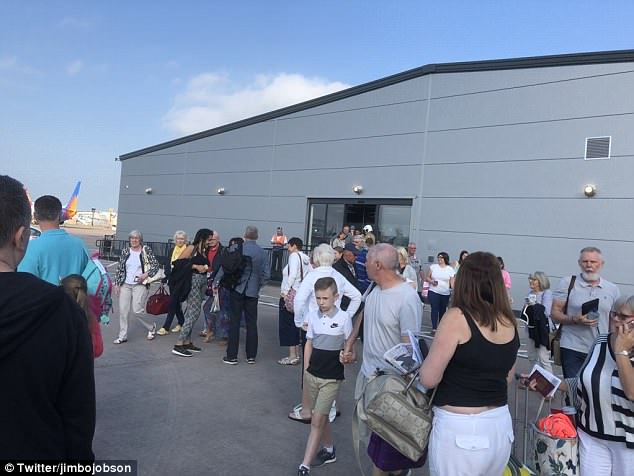