Specialist fire crews rushed to tackle what they called a "hazmat incident" on Langley Road South. 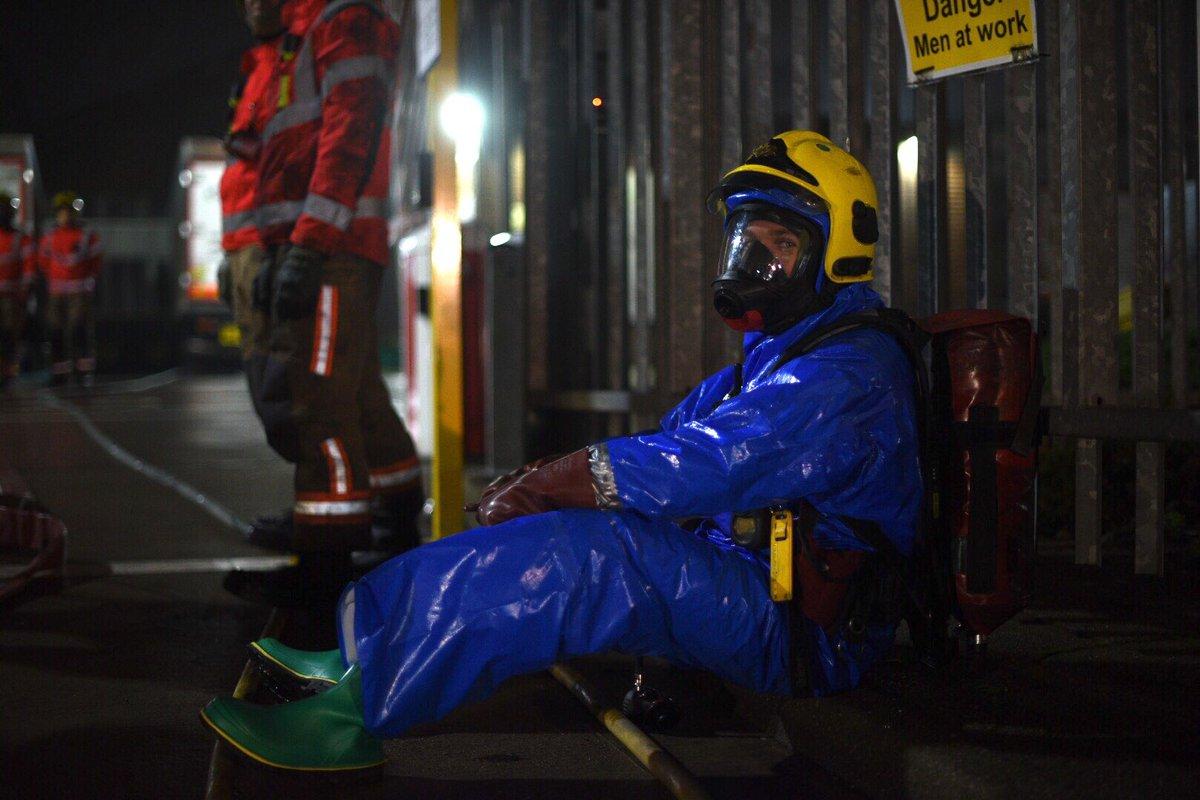 Commuters were also warned to avoid the area as a large cordon was put in place – before it was lifted at around 6:30am.

Four fire engines and two breathing apparatus units were dispatched at around 3:30am this morning, Greater Manchester Fire and Rescue Service said.

In a tweet, a spokesperson warned locals to "keep windows and doors shut".

And drivers had been told to "avoid the area if possible" over fears the road would be shut "for some time". 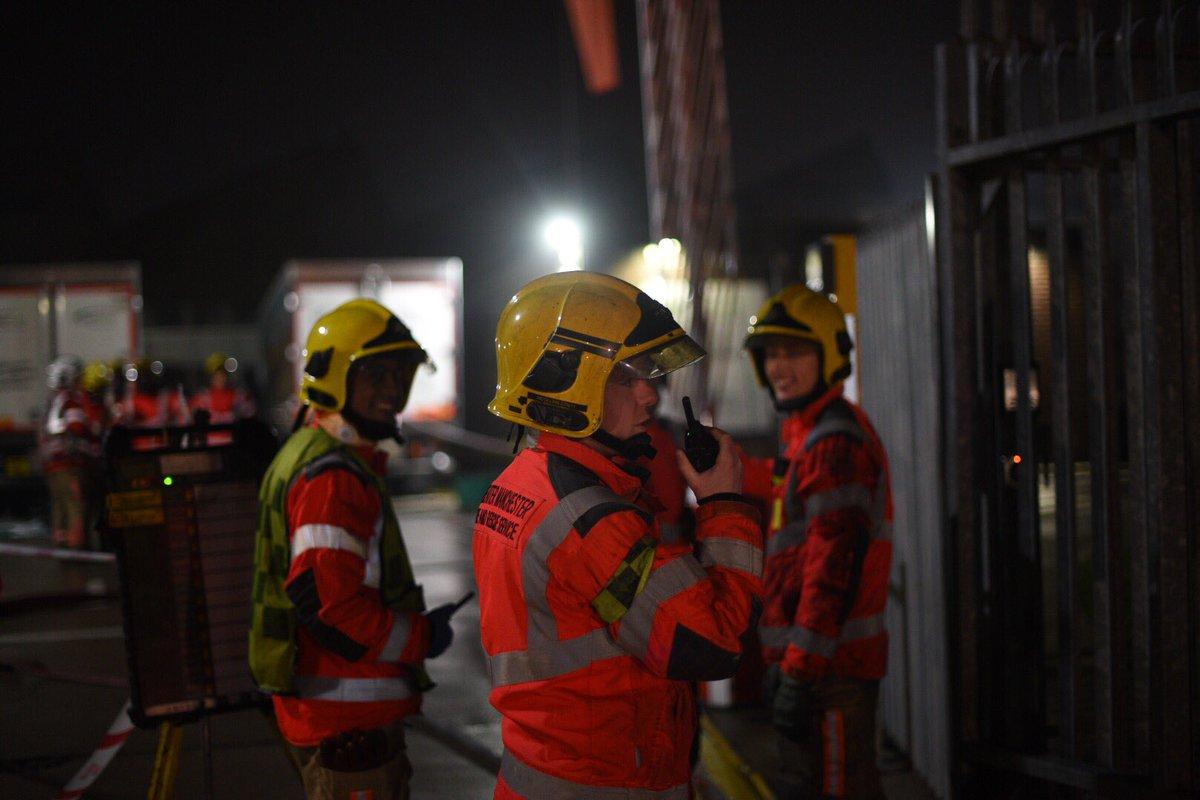 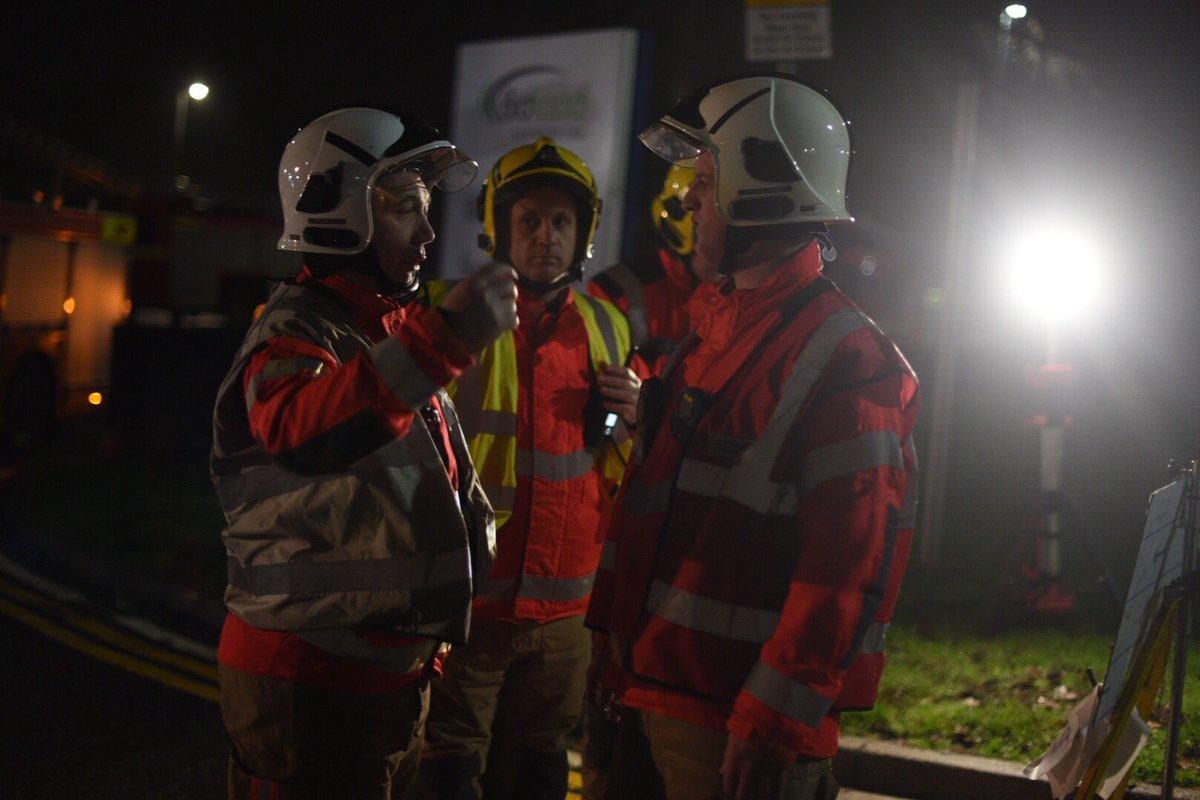 In an update just before 5am, the fire service added: "Crews have been tackling the ammonia leak for a few hours.

"A decontamination operation is underway."

And tweeting just before 6am, Greater Manchester Police said: "GMP officers are supporting GMFRS at a large scale incident on Langley Road South in Salford.

"The road is currently closed so please use an alternative route or avoid the area." 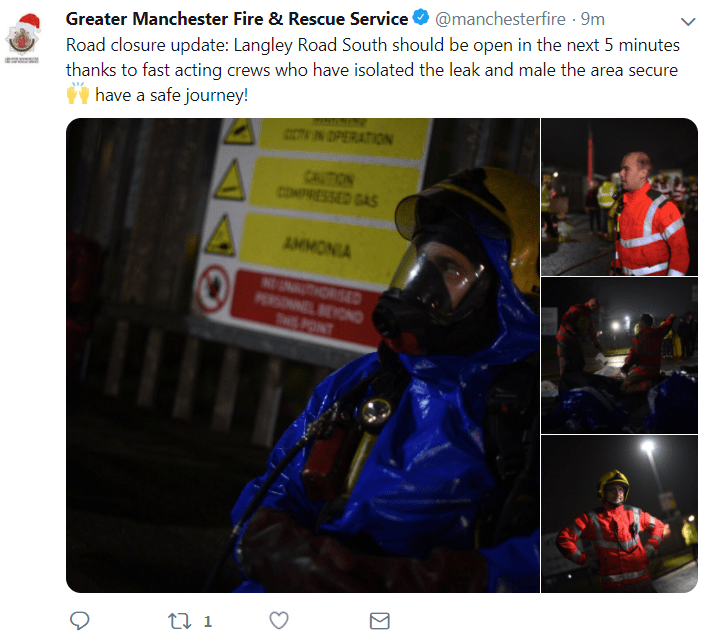 But there was good news for drivers as the fire service later confirmed the leak had been "isolated".

They also expected to reopen the road at around 6:30am.

In an update, a spokesperson tweeted: "Langley Road South should be open in the next 5 minutes thanks to fast acting crews who have isolated the leak and (made) the area secure.

"Have a safe journey!"