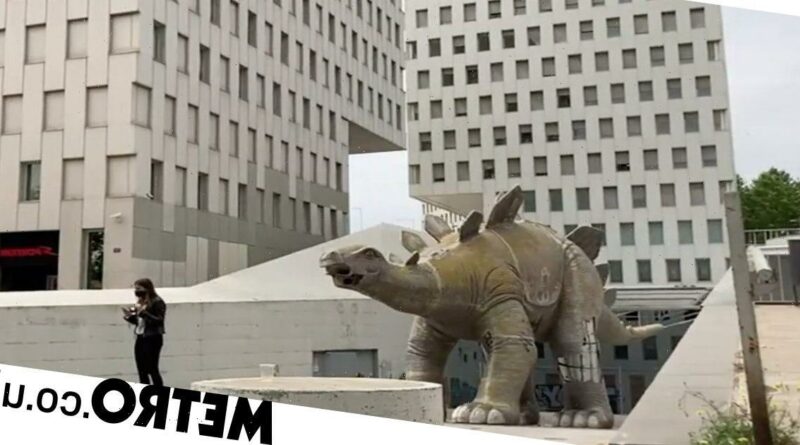 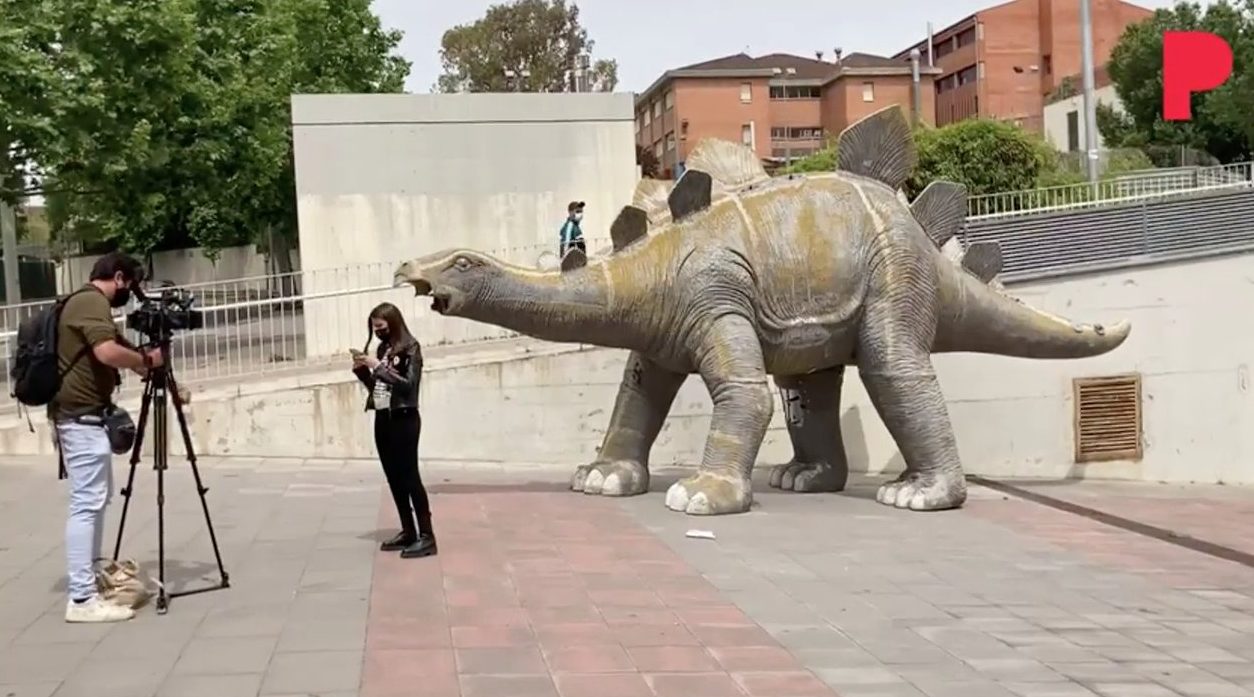 A missing man has been found dead inside a hollow statue of a dinosaur.

The man, 39, is believed to have fallen inside the structure accidentally, possibly while trying to retrieve his dropped mobile phone.

His body was discovered upside down after a father and son noticed a smell coming from the figure on Saturday, local media reported.

The father was able to spot the corpse through a crack in the Stegosaurus’s leg and called police.

Firefighters then cut open the dinosaur to release the body.

Police have not said how the man became trapped in the Santa Coloma de Gramenet suburb of Barcelona, Spain.

An autopsy will take place to try and determine what happened.

The man, who has not been named, had been reported missing by his family and there is no evidence of foul play.

The statue has now been removed from where it stood outside the Cubic Building.

It was initially put there to advertise a cinema.