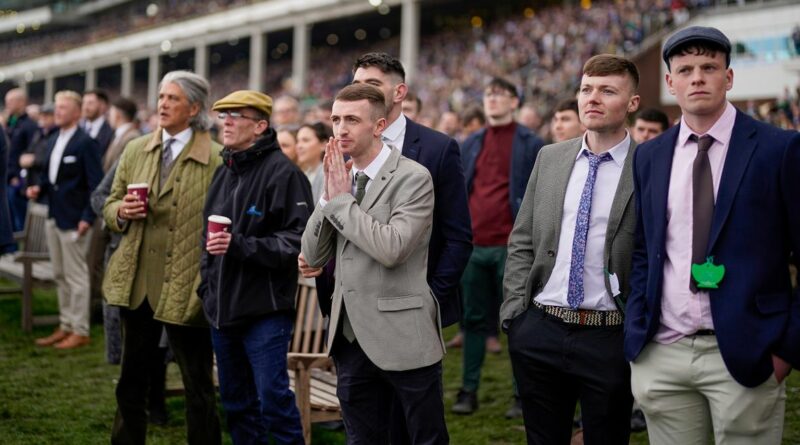 A peeved Cheltenham punter has bemoaned the fact that his bet, which would have returned hundreds of pounds, was ruined by a horse called Ain't That a Shame.

Jord Simpson did a six fold online bet but his potential £235.03 returns were scuppered during the last race, when Ain't That a Shame failed to win.

"The f****** irony," an annoyed Jord tweeted after the race, with a screenshot of his losing bet.

"This is significantly worse than all losing. Painful," someone said in response, adding that the horse's name was "salt in the wounds."

"He should’ve seen that coming," added a second person.

A fourth person added: "Feel bad for you bro!"

But others had a better race festival. Kian 'Tubbs' McNally, an 11-year-old pony racer from Ireland, won his mum £1900 after he asked her to place a four-fold accumulator bet.

Speaking on ITV Racing, Kian said: "I asked mum to put a bet on for me and it had Sir Gerhard, Bravemansgame, Energumene and Facile Vega.

"Bravemansgame pulled out and the other three came up. My mum won £1900."

The Morning Show host Oli Bell then asked his mum if she had spent the money already and she replied "absolutely."

Co-host Alice Plunkett joked: "She's looking very smart in her new coat!" And it's no coincidence that the family are in attendance at Cheltenham Racecourse this week.

Kian's dad Ronan is the owner and trainer of The Jam Man, who finished 14th in the Pertemps Final on Thursday (March 17). Ronan is also a jockey but told the Irish Independent Kian is "light years ahead" of him already.

The youngster was only three when he first rode a horse, which is now a daily ritual for him before he heads to school. Kian said: "I'd rather be at the yard all day but it has to be done."