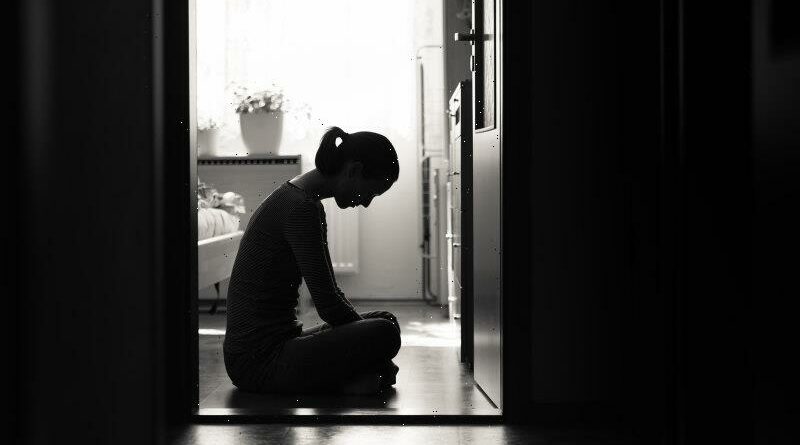 New York: New research from the Centres for Disease Control and Prevention on adolescents’ mental health during the coronavirus pandemic suggests that for many teenagers who were ordered to stay at home, home was not always a safe place.

A nationwide survey of 7705 high school students conducted in the first half of 2021 built on earlier findings of high levels of emotional distress, with 44.2 per cent describing persistent feelings of sadness or hopelessness that prevented them from participating in normal activities, and 9 per cent reporting an attempt at suicide. 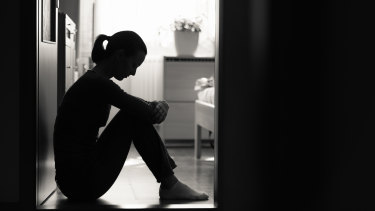 A teenager in isolation.Credit: iStock

Research conducted before the pandemic, in 2013, showed that self-reports of parental abuse were substantially lower, with 13.9 per cent of respondents ages 14-17 reporting emotional abuse during the preceding year and 5.5 per cent reporting physical abuse.

Abuse was only one of the stressors that teenagers reported at home, according to the new study; 29 per cent of those interviewed in the survey reported that a parent or another adult in the home lost a job, and 24 per cent said that they had experienced hunger. 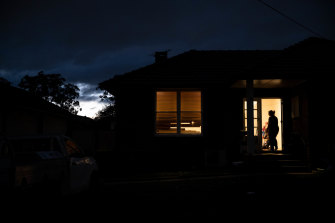 A family in lockdown in Australia. Credit:Sydney Morning Herald

The data underscores the protective role that schools can play in the lives of young people, especially those grappling with racism or gender identity, said Kathleen Ethier, who heads the adolescent and school health program at the CDC.

“Schools provide a way of identifying and addressing youth who may be experiencing abuse in the home,” she said, calling the reported rise in physical abuse “beyond worrisome” and the rise in suicidal behaviour “hugely significant.”

“These data really confirm that we are in a severe crisis in terms of mental health among young people, particularly among female students and students who identify as lesbian, gay or bisexual,” she said.

Researchers and clinicians have expressed alarm about a sharp decline in the mental health of young people during the pandemic, which was described as “devastating” in a rare public advisory from the US surgeon general in December.

After much of the country went into lockdown, emergency room visits for suicide attempts rose 51 per cent for adolescent girls in early 2021 compared with the same period in 2019, according to the surgeon general’s report. The figure rose 4 per cent for boys. A CDC report released in February found that emergency room visits by teenage girls relating to eating disorders had doubled during the pandemic.

Research released this week from the Adolescent Behaviours and Experiences Survey from the CDC adds to those findings.

More than 1 in 3 high schoolers experienced poor mental health, with 44.2 per cent reporting persistent feelings of sadness or hopelessness. Nearly 20 per cent said they considered suicide, and 9 per cent said they had attempted suicide during the previous year.

“That is hugely significant,” Ethier said. “That means a significant portion of our young people are telling us they don’t want to live right now.”

Dr Moira Szilagyi, president of the American Academy of Pediatrics and a specialist in abuse cases, said adolescents benefit from access to the large network of adults who are present at school.

“It exposes you to a whole other group of adults and peers,” she said. “There is a sea of people there, and among them — your teacher, your coach, the school administration — there are caring adults youth can seek out and who identify when a youth isn’t doing well.”

The CDC data showed that mental health was better among students who described a strong sense of “connectedness” or closeness with people at school, even when they were attending school remotely.

The findings underline that school “is good for kids on multiple levels,” said Dr. Andrea E. Spencer, a child psychiatrist at Boston Medical Centre and one of the paper’s authors.

“Families are extremely important, but often that peer group is not replaceable within the confines of the family home,” Spencer said. “Then you add parent stress on top of that, and it adds up to increased conflict in a house where no one can escape from each other. That recipe is not going anywhere good.”

Under normal circumstances, clinicians would “mobilise support to those families and really wrap around them and provide people in the home with resources,” Spencer said. But during periods of intense virus spread, public health conditions required much more isolating at home, which is “exactly the opposite of what we try to do for kids who are at risk,” she said.

If you or someone you know is experiencing a personal crisis, please contact Lifeline on 13 11 14 or lifeline.org.au.