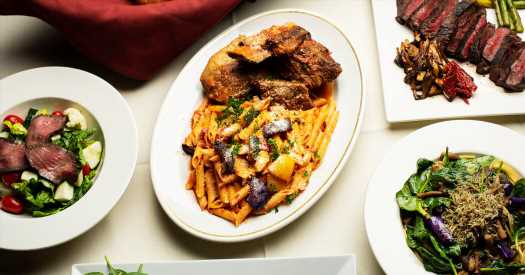 Italian food prepared with a Japanese pantry — or vice versa — is not new. Kimika in NoLIta opened last summer and fit the mold. Now, there’s a restaurant in Midtown Manhattan, from the group that includes Tomoe Food Services, a meat distributor specializing in Wagyu, where the emphasis is on Italian fare with Wagyu beef as an essential component in a few dishes. The same owners have the more Wagyu-centric restaurant J-Spec in the East Village. Wagyu, both imported and domestic, is having its moment of late, showing up more than ever on New York menus. But at this new place, there are choices like eggplant dengaku fritters, spaghetti giapponese with soy-butter sauce, and fried calamari with shiso chimichurri sauce, that fuse Japanese and Italian without the Wagyu. For now, the restaurant is only for takeout and delivery. A 25 percent discount is in effect through the end of the month for a one-pound top sirloin American Wagyu steak, and penne cacciatore with three cuts of beef, peppers, potatoes, zucchini, butter and tomato sauce. Eventually there will be outdoor seating; indoors at 25 percent capacity will allow for 36 diners.

An industrial atmosphere softened by Iberian tile work sums up the décor of this two-story Mediterranean restaurant at the edge of McCarren Park. It was designed by Matthew Maddy, who also did Colonia Verde and Celestine in Brooklyn. For now, Fandi Mata offers takeout, delivery and a heated patio for al fresco dining. The executive chef, Javier Vázquez Mariño, a native of Spain who worked in Barcelona for several years, was most recently at the Aviary at the Mandarin Oriental New York as a sous chef. His menu travels throughout the Mediterranean with spreads like tzatziki and muhammara, plates of croquetas and grilled octopus, and Italian-style panini. There are pizzas and flatbreads from Federico Crocciani, the pizzaiolo at the wood-fired oven. A few more substantial items include a lamb burger and pappardelle with oxtail ragout.

Noodles are the specialty, of course, at this casual spot, and options include scallion and shrimp, dan dan, beef offal and sizzling sesame. A couple of soups and snacks, like marinated cucumbers and pot stickers, round out the menu.

After running a battery-powered coffee cart and serving drinks at the Wythe Avenue Diner, this company has opened its first brick-and-mortar location nearby. It gets its coffees from Parlor Coffee Roasters and its food from suppliers like Pain d’Avignon.

Lucky Rice, a company that highlights Asian food and culture and runs dozens of food festivals across the country, has come up with a nationwide Lunar New Year celebration. From Feb. 12 to 14, restaurants in New York (Hwa Yuan Szechuan, Win Son and Main Street Imperial Chinese) and in Los Angeles, San Francisco, Seattle, New Orleans, Washington, and Charleston, S.C., will offer multicourse dinners for two to go (pickup or delivery). Most of the dinners are $88 (a lucky number) and include symbolic foods like long-life noodles. Some holiday trinkets are also included. The event is sponsored by American Express and Resy.

With more than 600 restaurants participating, this new program organized by NYC & Company, the city’s promotional bureau, has been such a resounding success that it will continue until the end of this month. Restaurants offer a dish and a side for pickup or delivery for $20.21. (Taxes, gratuity and delivery fees are extra.) There’s a $10 rebate for using Mastercard, and some delivery platforms have reduced their fees. Tim Zagat, who is on the bureau’s board of directors and who was also instrumental in creating the original restaurant week in 1992, said he and others came up with the idea as a way to help restaurants increase their revenues right now. “It was also to make customers aware of many restaurants that never did takeout before, including some of the better restaurants,” he said. NYC & Company noted that 90 percent of the first group planned to continue with the promotion. “We’ve seen a significant increase in orders across all our restaurants this past week,” said Jacopo Giustiniani, a partner in the Felice and Sant Ambroeus restaurants. Kevin Takarada, a founder of the Japanese MakiMaki restaurants, said he had not seen an online ordering rush like this since before the pandemic.

A fifth location of the Altamarea Group’s Emilia-Romagna-style restaurant has planted roots in Florida. Bill Dorrler, the company’s corporate executive chef, is running the kitchen, with Julio Cesar Ramos as chef de cuisine. The restaurant, in the Kimpton Palomar Hotel, sits at the edge of the Collins Canal. (Thursday) 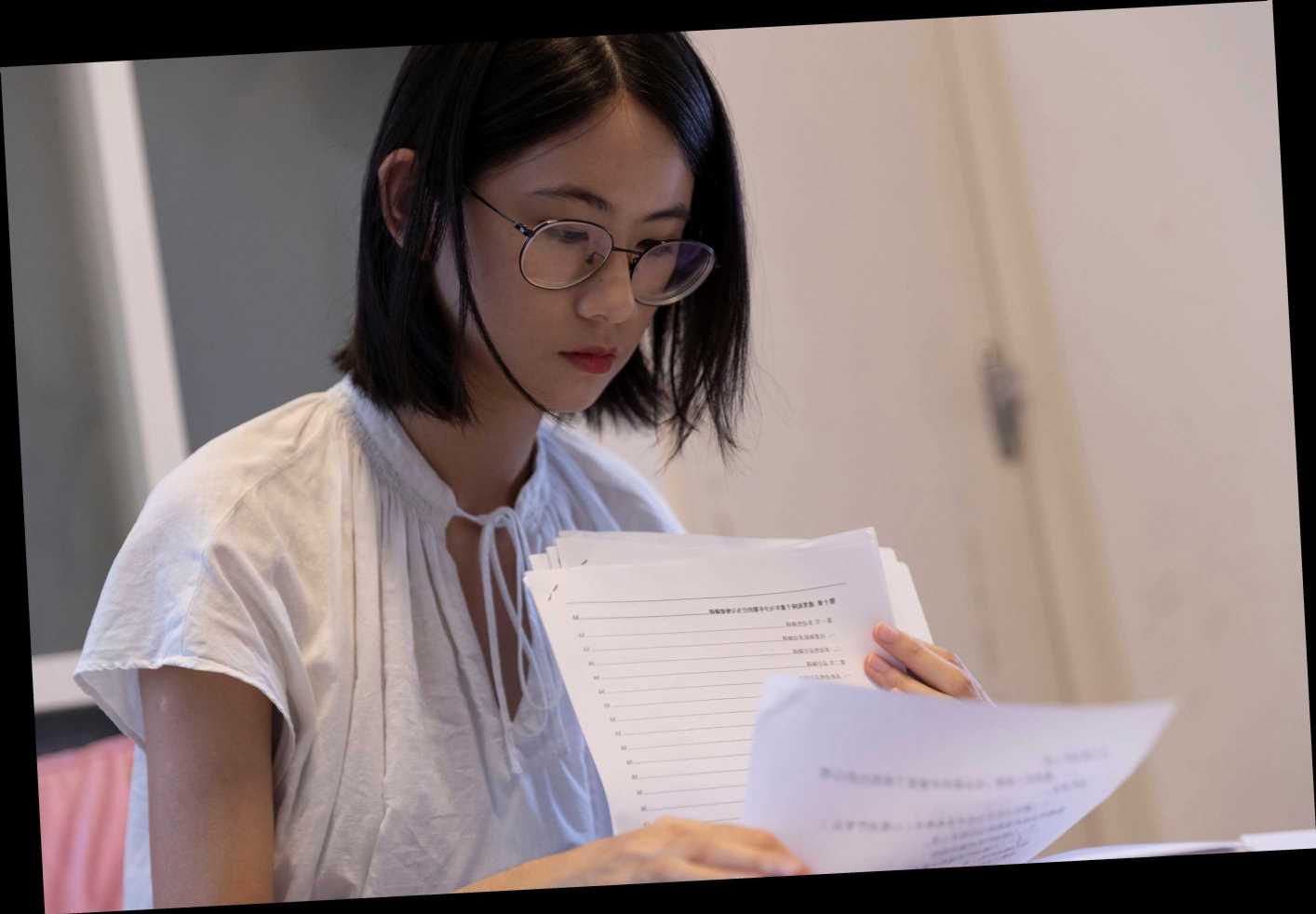 Bodybuilder attacked neighbours after accusing them of throwing bottle
Travel