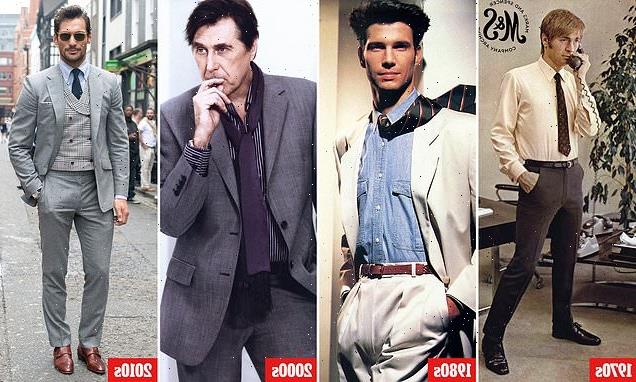 Marks and Spencer has stopped stocking suits in some stores as sales of formal wear fall by 72 per cent and working from home sees people choose chinos and elasticated joggers over tailored looks.

The retail chain only stocks suits in 110 of their 254 stores across the UK, which is less than half of their branches.

Working from home appears to have accelerated the trend of casual dressing, as sales of men’s suits has declined over the years, according to The Times. 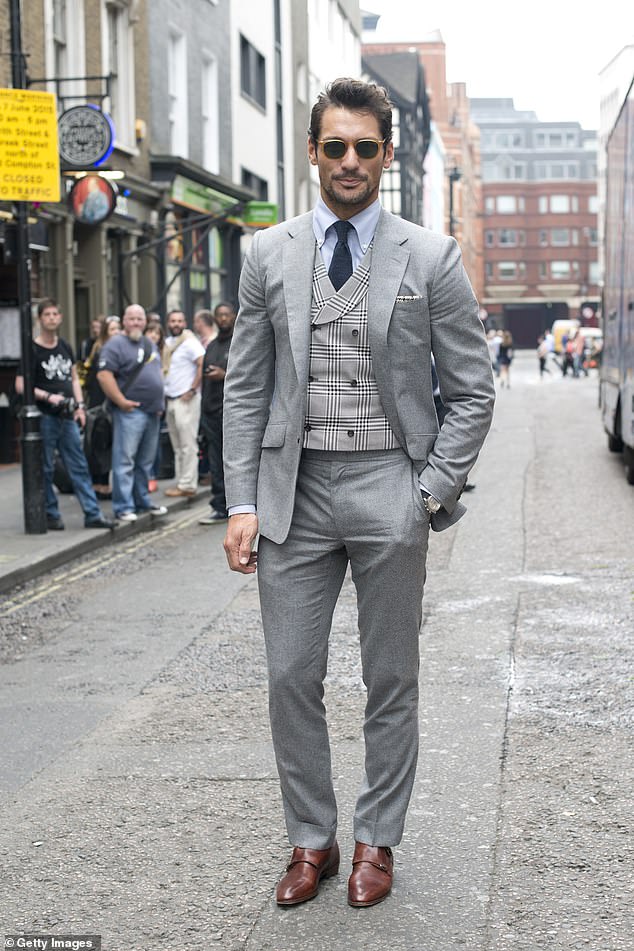 British shoppers bought two million men’s suits in the year up to last month, compared with 4.3 million five years ago.

However, a decade ago, the number was at five million, according to new research from the analysts Kantar.

According to M&S, in the year to April, sales of formal wear were down by 15 per cent online and 72 per cent in stores compared to the previous year.

During the same period, sales of casualwear were up 61 per cent online, and the store now stocks men’s joggers to keep up with current trends. 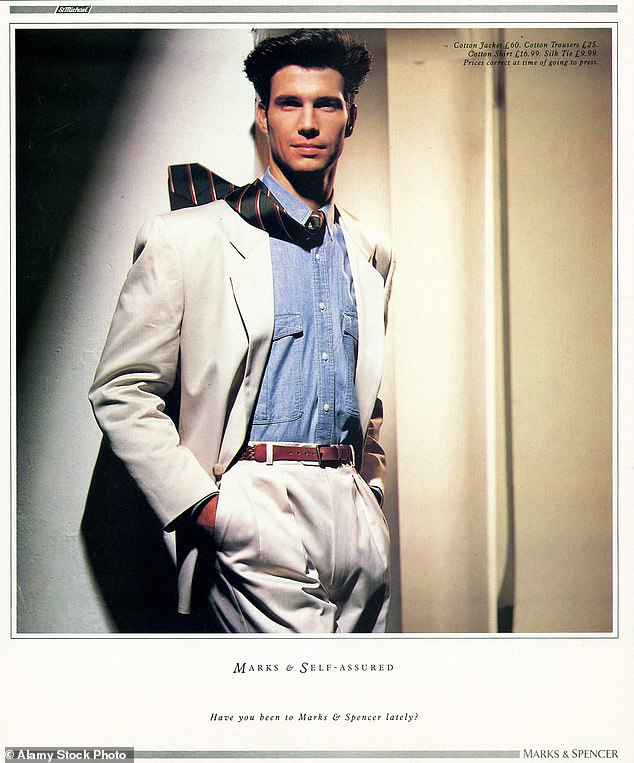 The retail chain only stocks suits in 110 of their 254 stores across the UK, which is less than half of their branches (M&S magazine advert from the 1980s)

Despite the suit being less in demand, some customers have expressed surprise that their local M&S store no longer sells them.

One customer took to Twitter and wrote: ‘Went into your Moorgate branch to buy a suit and shirts. No shirts and no real choice of suits.

‘Lame excuse from Sales Rep, ‘As it’s the Bank Holiday you are sold out.’ Someone else said you don’t sell suits there anymore. This is your Moorgate branch. Not good.’

Another wrote: ‘Bit disappointed- went to your Longwell green store to try suits and was told you don’t have any because of Covid’.

According to M&S, in the year to April, sales of formal wear were down by 15 per cent online and 72 per cent in stores compared to the previous year (M&S office wear, 1970s)

The retailer still has a selection of classic black, navy or grey options online, and can be collected from 700 locations.

Wes Taylor, director of M&S menswear, said: ‘During the pandemic we worked hard to adapt our product offer to be more relevant to customers’ rapidly changing needs.

‘Covid hit fast forward on the trend to more casual dressing that was already in train so our smartwear is now more focused on smart separates — easy to wear, stylish smart clothing that can be worn in lots of different ways.

‘However, we still want to be the go-to for a great suit whatever the occasion. Lots of men want help buying a suit from an expert so during the pandemic we also launched online video consultations.’ 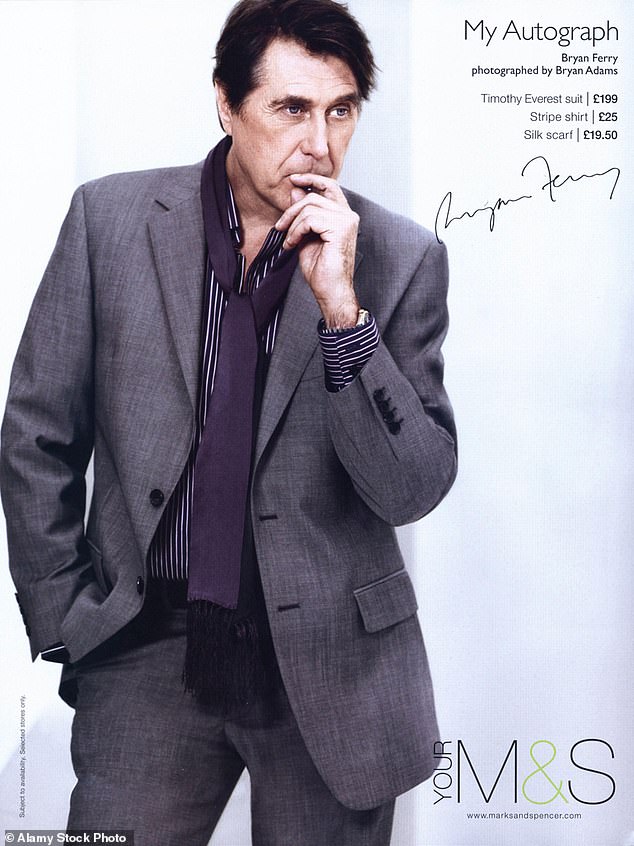 British shoppers bought two million men’s suits in the year up to last month, compared with 4.3 million five years ago (M&S magazine advert from the 2000s)

This comes after fashion experts have predicted a ‘comfortable clothing’ revolution with no ties, jeans and trainers allowed along with looser-fitting clothes when staff return to the office.

Millions of workers headed back to their desks when restrictions relaxed on July 19 after spending over a year attending Zoom calls in their loungewear.

The stark contrast between clothing worn while working from home and that of the office has led many to anticipate a more relaxed dress code.

Experts believe that clothes will ‘allow for a little more breathing room’, with elasticated sections being added to waistbands and looser-fitting dresses.

It is also said that men could swap out a tie for a shirt and blazer with jeans, alongside white fashion trainers or Converses becoming more commonplace.

But despite these predictions, Nick Wheeler, founder of the suits and shirts retailer Charles Tyrwhitt, said tie sales have been ‘surprisingly good’.