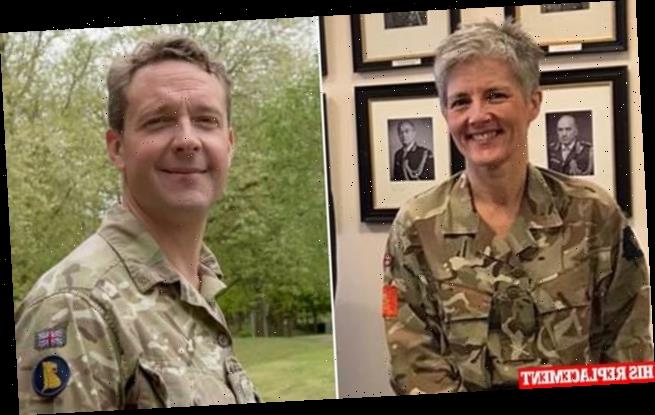 The Army’s head of recruitment has resigned after being accused of lying about an ’emotional affair’ with one of his junior officers.

Major General Chris Bell, 48, who is married with two children, was ordered to quit by the Army Board last month because it lost trust in him, sources said.

He was accused of lying about his relationship with the female officer during an investigation when he was commander of a top-secret unit called 77th Brigade.

It is understood he later admitted having an ’emotional’ relationship with the woman, although denied they had sex. He is believed to still be with his wife, Alexandra, and the woman has since left the Army. 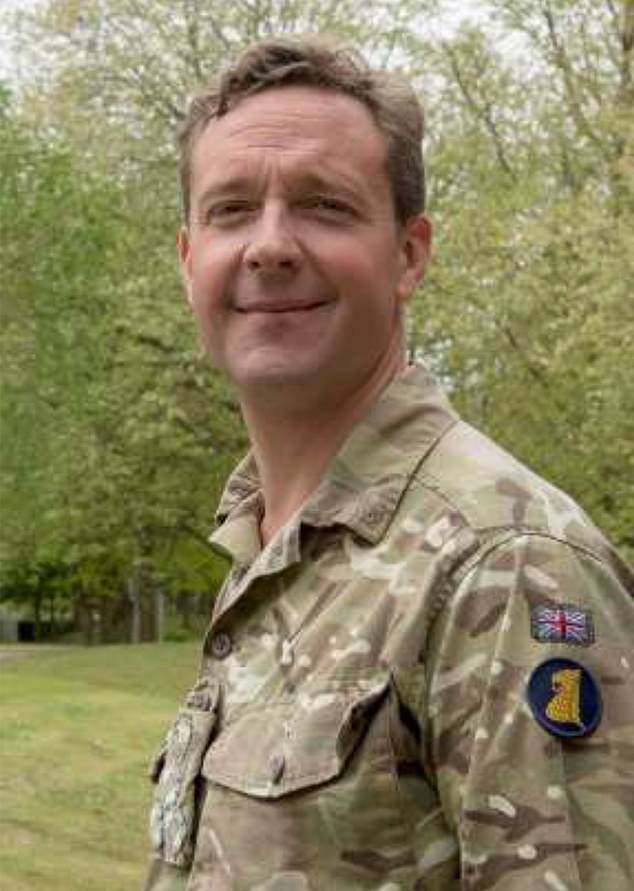 Major General Chris Bell (pictured), 48, who is married with two children, was ordered to quit by the Army Board last month because it lost trust in him, sources said

An Army source told the Mail: ‘He has clearly had a relationship with her which he has lied about in the course of an investigation into something else.

‘He’s been asked to resign because he lied about it. The Army Board has lost trust in him.’

Major General Sharon Nesmith, 50, has taken over his position as head of Army recruitment and initial training – becoming the first woman to command as a major general. It is understood the ’emotional affair’ took place between late 2018 and the summer of 2019. 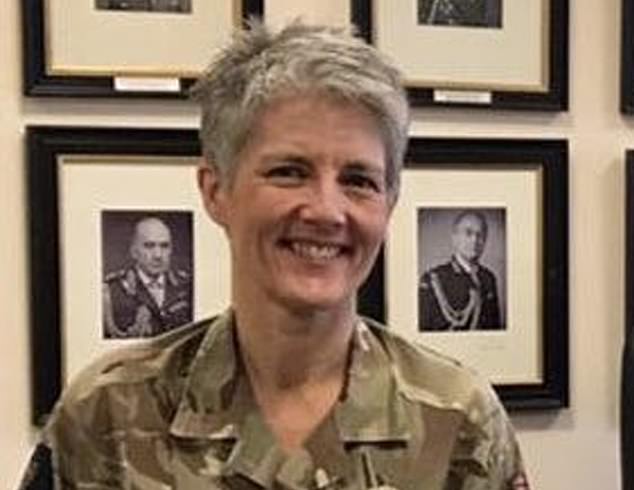 Major General Sharon Nesmith (pictured), 50, has taken over his position as head of Army recruitment and initial training – becoming the first woman to command as a major general

It is not clear how long Major General Bell and the officer were in a relationship. 77th Brigade works alongside MI5, MI6 and the SAS in electronic and psychological warfare. An investigation was carried out into another matter within the brigade and it was during that process that Major General Bell was thought to have lied.

The board – which includes the head of the Army, General Sir Mark Carleton-Smith, other senior officers and ministers – asked him to resign his commission.

It aims to win the hearts and minds of those in battle by using digital technology and social networks, including Facebook and Twitter.

Created in January 2015, it is modelled on the Anglo-Indian Chindits, a special forces unit which fought in Burma during the Second World War. It became renowned for its unconventional tactics.

Some soldiers in the brigade are tasked with gathering intelligence about what the enemy is doing while others put out false information to create diversions and confusion.

Tactics can include undermining the enemy’s morale by covertly leaking messages and disseminating details of British successes.

‘They [the board] decided on the balance of probabilities he had lied during course of that investigation. He admitted to having lied about the exact nature of his relationship to her.’ The board ruled he had broken the ‘service test’, which meant it lost trust in him.

Major General Bell was commissioned into the 1st Battalion Scots Guards in 1994 after studying geography at Oxford. He served in Iraq and in Afghanistan, and was given an OBE. He commanded 77th Brigade from 2017 onwards and was made a CBE in the recent New Year honours. He became head of the Army Recruiting and Initial Training Command last summer.

An Army spokesman said: ‘Major General Chris Bell has retired from the Army. We are not prepared to release any personal information about this individual. We have a duty under both common law and statute to protect the personal information of all those who serve or have served in the Army.’

Major General Nesmith, a mother-of-two from Northumberland, became the first woman to command an Army brigade in 2014. Her father was an officer in the Royal Naval Reserve, and her brother served in the Army for 16 years. She studied biological sciences at Edinburgh University.

The scandal comes months after another top Army officer was revealed to have had an affair.

Last year Major General Rupert Jones, who was previously Britain’s highest-ranking soldier in Iraq, was accused of breaking lockdown rules to visit his married lover. He was later cleared of breaking social distancing restrictions. An investigation into his commitment to the Army’s standards found ‘no case to answer’. In July last year it emerged he had left his wife Lucinda, 47, and moved out of their £1.5million home in the West Country. The couple have three children, aged between 16 and 20.

His lover was understood to work outside the military and had left her husband. His father Lieutenant Colonel Herbert ‘H’ Jones was awarded a posthumous Victoria Cross for his heroism in the Falklands War.