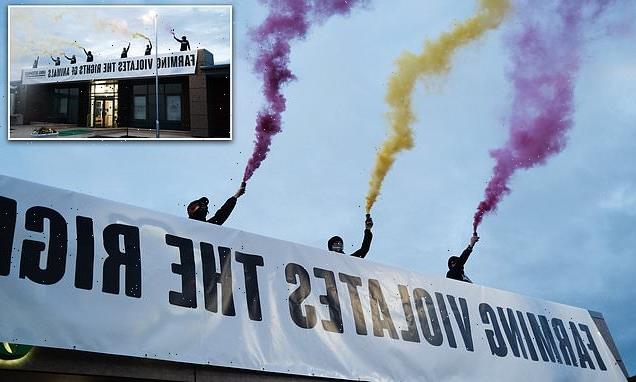 Farmers have criticised alleged ‘threatening’ behaviour from mask-clad animal rights activists who scaled the roof of a national beef expo in protest against the meat industry.

The stunt, which began in the early hours of Saturday, is said to have seen one demonstrator taken to hospital after chaos unfolded outside the event at Darlington Farmers Auction Mart (DFAM) in Co Durham.

Photos showed activists from the Animal Justice Project (AJP) wearing masks as they stood on the roof of the building holding banners and spraying coloured smoke flares.

The National Beef Association (NBA), which is organising the event, describes it as a celebration of the best of British beef, drawing in about 5,000 farmers annually.

Animal justice activists have said their protest aims to highlight ‘farmed animal suffering and environmental safety concerns’, and that police are on the scene.

They claimed farmers had ‘assaulted’ protesters with a JCB digger and that one activist had sustained a possible broken finger after being attacked on the roof. 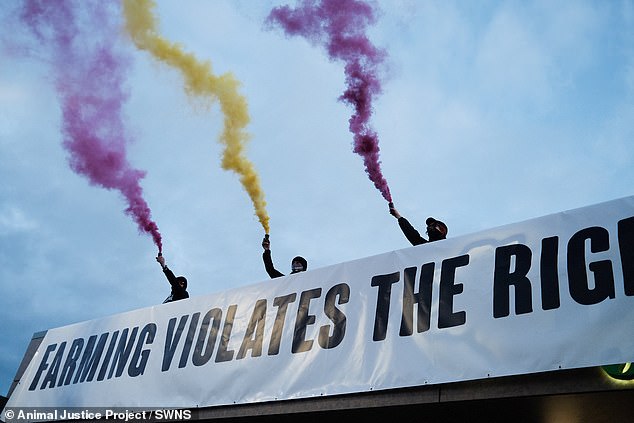 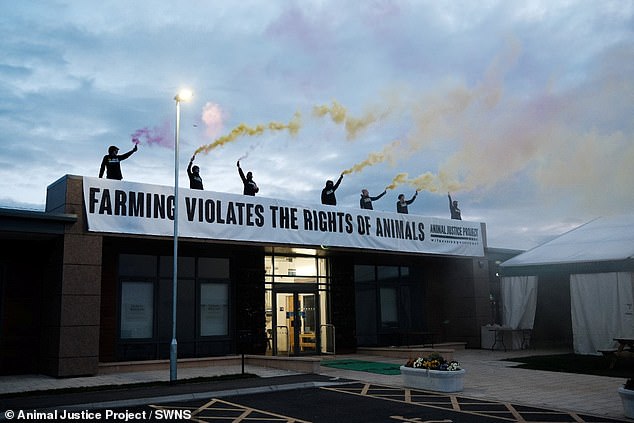 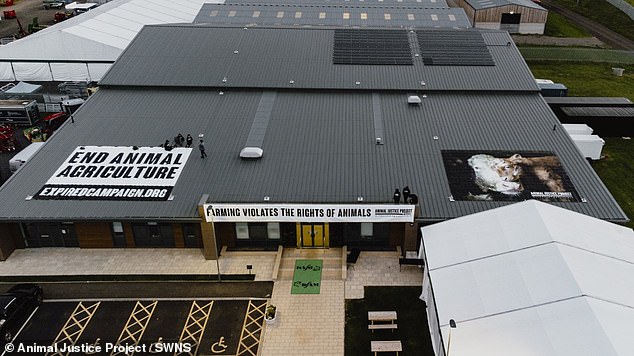 Mark Dent, chair of DFAM, said the allegations were untrue and the protesters were the sources of ‘intimidation’.

He said: ‘We respect people’s right to protest, but the way they go about it doesn’t help their cause.

‘There is no respect for people’s property or livelihood. I’m afraid then you lose your moral high ground … It’s a tin roof and they’re jumping up and down on it, and it’s bending.

‘They’ve got their faces covered. It’s intimidation (and) threatening behaviour. I’m all for people protesting what they believe in, but it’s the way they go about it – the face coverings, the intimidation.’ 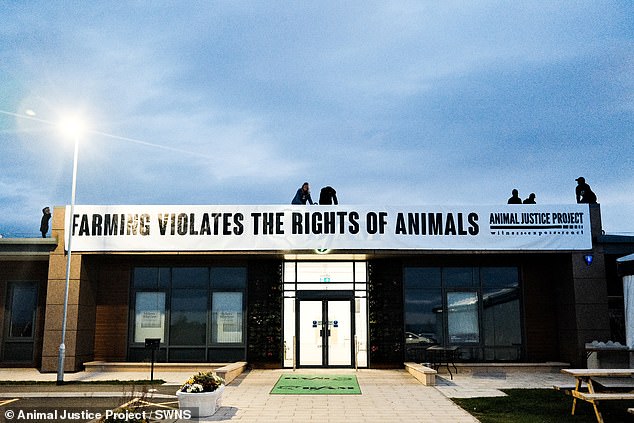 The industry event, hosted at Darlington Farmers Auction Mart (DFAM), is the largest of its kind in the UK – with industry leaders, DEFRA representatives and 5,000 beef farmers expected to attend over the weekend 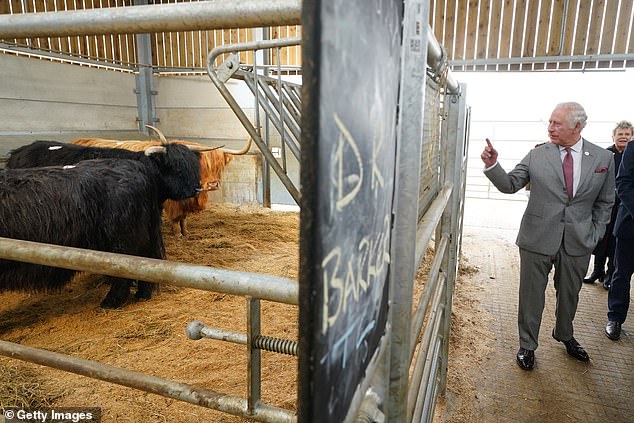 He added: ‘If you have a pair of eyes you will see how important agriculture is around the world at the moment. Food is top of the agenda.’

An AJP spokesperson said: ‘Today is not a celebration of the ‘Best of British’, but a farming event that glorifies the exploitation and killing of animals – an industry that has yet to be held accountable. This is fundamentally wrong and unjust.’

They added that the protest had been ‘peaceful’ and ‘silent’ on the part of the activists and not all demonstrators were wearing masks.

Neil Shand, chief executive of the NBA, said: ‘Nobody has been hit by a tractor.’

A spokesperson for the NBA claimed there was a ‘wonderful atmosphere’ at the event and did not comment further on the protest.