It is only ‘a matter of time’ before cyber hackers breach the systems of a commercial airliner and hijack the plane, potentially leading to a catastrophic disaster, a new government assessment has claimed.

A federal government research agency put together a report which concluded that the systems that are widely used onboard commercial flight are vulnerable to hackers.

The documents were obtained by the news site Motherboard.

The research is a continuation of analysis that was made after a group of security experts last year were able to remotely hack a Boeing 757 aircraft without the pilots knowing about it.

Robert Hickey, a Homeland Security cyber investigator, managed to take over the passenger jet on the runway at Atlantic City airport, New Jersey.

Hickey revealed the details during a November 2017 speech at the CyberSat Summit in Virginia, after the plane was hacked in 2016.

‘Two days later, I was successful in accomplishing a remote, non-cooperative, penetration.’ 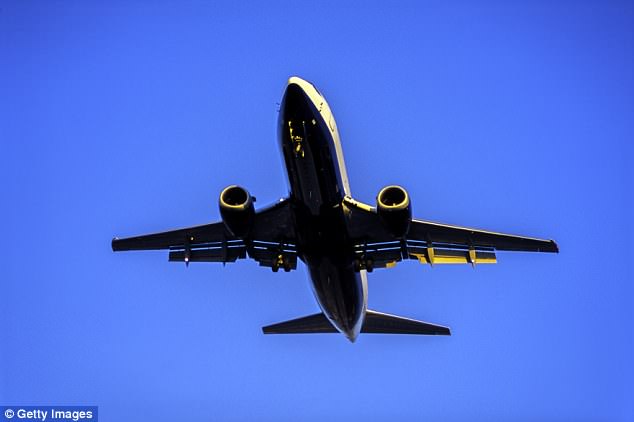 It is only ‘a matter of time’ before cyber hackers breach the systems of a commercial airliner and hijack the plane, potentially leading to a catastrophic disaster, a new government assessment has claimed.  The stock image above is a Boeing 737

‘I stood off using typical stuff that could get through security and we were able to establish a presence on the systems of the aircraft.’

Hickey said his team used a combination of radio frequency communication to hack into the craft, but that details of the breach remain classified.

Researchers at the Pacific Northwest National Laboratory, an arm of the Department of Energy, compiled a presentation features slides, charts, and graphs.

The researchers appears to have been done in concert with the Department of Homeland Security.

It suggests that there have been other attempts to hack into the systems of civilian aircraft.

‘Potential of catastrophic disaster is inherently greater in an airborne vehicle,’ the report said.

Another document included in the presentation claims: ‘A matter of time before a cyber security breach on an airline occurs.’

Among the worrying findings from the presentation is the claim that the airplanes currently in use do not have the necessary cybersecurity protections in place to repel hackers.

‘Today’s commercial aviation backbone is built upon a network of trust; most commercial aircraft currently in use have little to no cyber protections in place,’ according to a DHS report obtained by Motherboard.

In a statement to Motherboard, the DHS said it ‘takes aviation cybersecurity seriously and works with both researchers and vendors to identify and mitigate vulnerabilities in the aviation sector.

‘The aviation industry, including manufacturers and airlines, has invested heavily in cybersecurity and built robust testing and maintenance procedures to manage risks.’

Boeing, the dominant American manufacturer of civilian aircraft, said: ‘Boeing is confident in the cyber-security measures of its airplanes.

‘Multiple layers of protection, including software, hardware, network architecture features, and governance are designed to ensure the security of all critical flight systems from intrusion.’