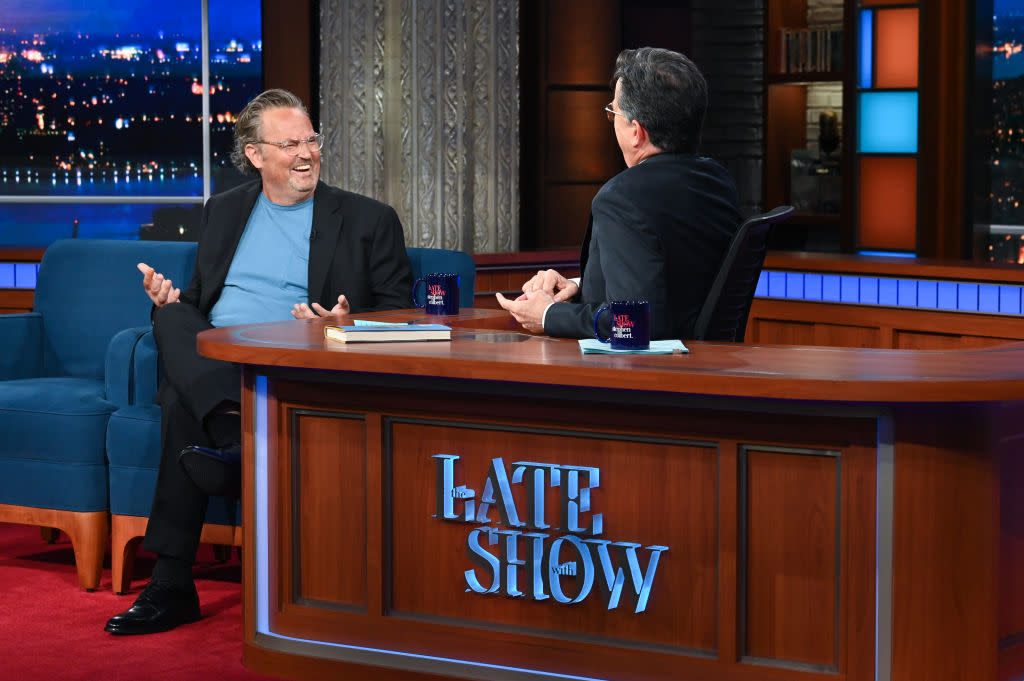 He's on late night TV, morning shows and primetime, not to mention print publications, promoting his book about addiction, Friends, Lovers, and the Big Terrible Thing: A Memoir, that was published on Nov. 1. In it, Perry writes candidly about swiping pills from open houses to maintain his 55-Vicodin-a-day habit, his Friends co-stars' reactions and support, his many attempts to get clean, and the five-month hospitalization that followed the bursting of his colon from taking too many opioids in 2018. He also dissed Keanu Reeves (for which he apologized) and alleged that he once made out with Valerie Bertinelli while her then-husband, the late Eddie Van Halen, was passed out beside them, and that he broke up with no less than Julia Roberts because of his insecurity. It's been a lot.

"Right now, I am everywhere," Perry told the Washington Post in an interview published Tuesday. "The paparazzi's back. The offers are coming. Television shows, movies."

Aside from all the attention that he's attracted, the tome itself landed at the top of Amazon's best-selling nonfiction chart just four days after it came out.

The actor, whose last IMDb credit is portraying Ted Kennedy in the 2017 Reelz miniseries The Kennedys: After Camelot, marveled at "how big this book has become, and how much my face is back in the public eye."

Before his medically induced hiatus, though, Perry had racked up acting credits since the ’80s. His book is doing the work of reminding people that he's still around.

"It's putting me on the map and people are talking about me again. That's nice because it’s been five or six years when there was none of that," he told the newspaper. "Sometimes I think I went through the addiction, alcoholism and fame all to be doing what I'm doing right now, which is helping people."