A 35-year-old man was killed near a playground in North London close to Turnpike Lane where drugs are openly old in broad daylight, according to local residents. 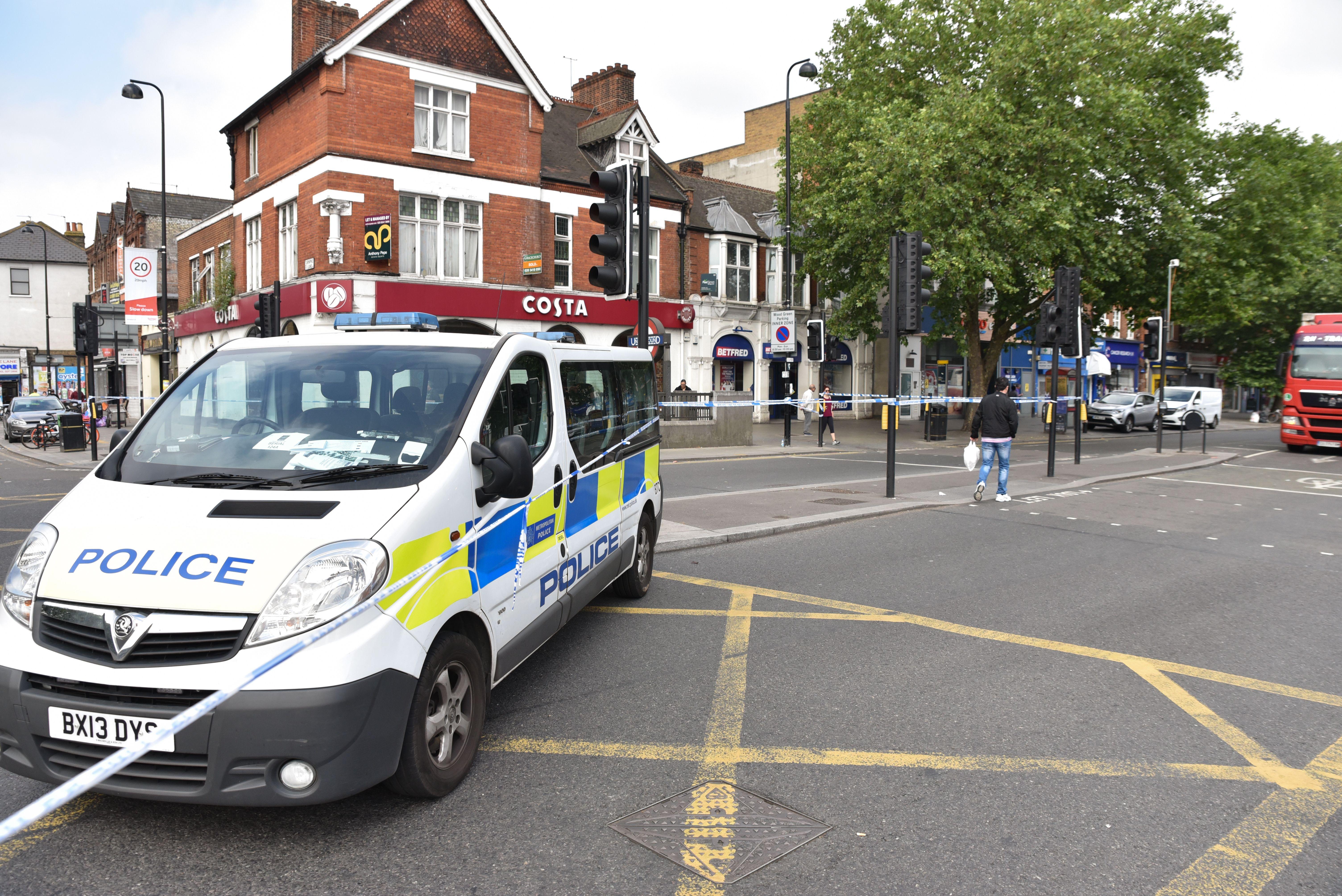 The latest violent death in London took the capital's murder tally since Christmas to more than 75 as London’s crime epidemic continues.

Khan said he would meet with the Home Secretary Sajid Javid on Monday about the “scourge of serious violence across Britain.”

He said: "Here in London, the Met's Violent Crime Task Force, set up with City Hall funding, is arresting criminals and taking knives off our streets every day.

"The police must be properly funded now to prevent more lives being lost." 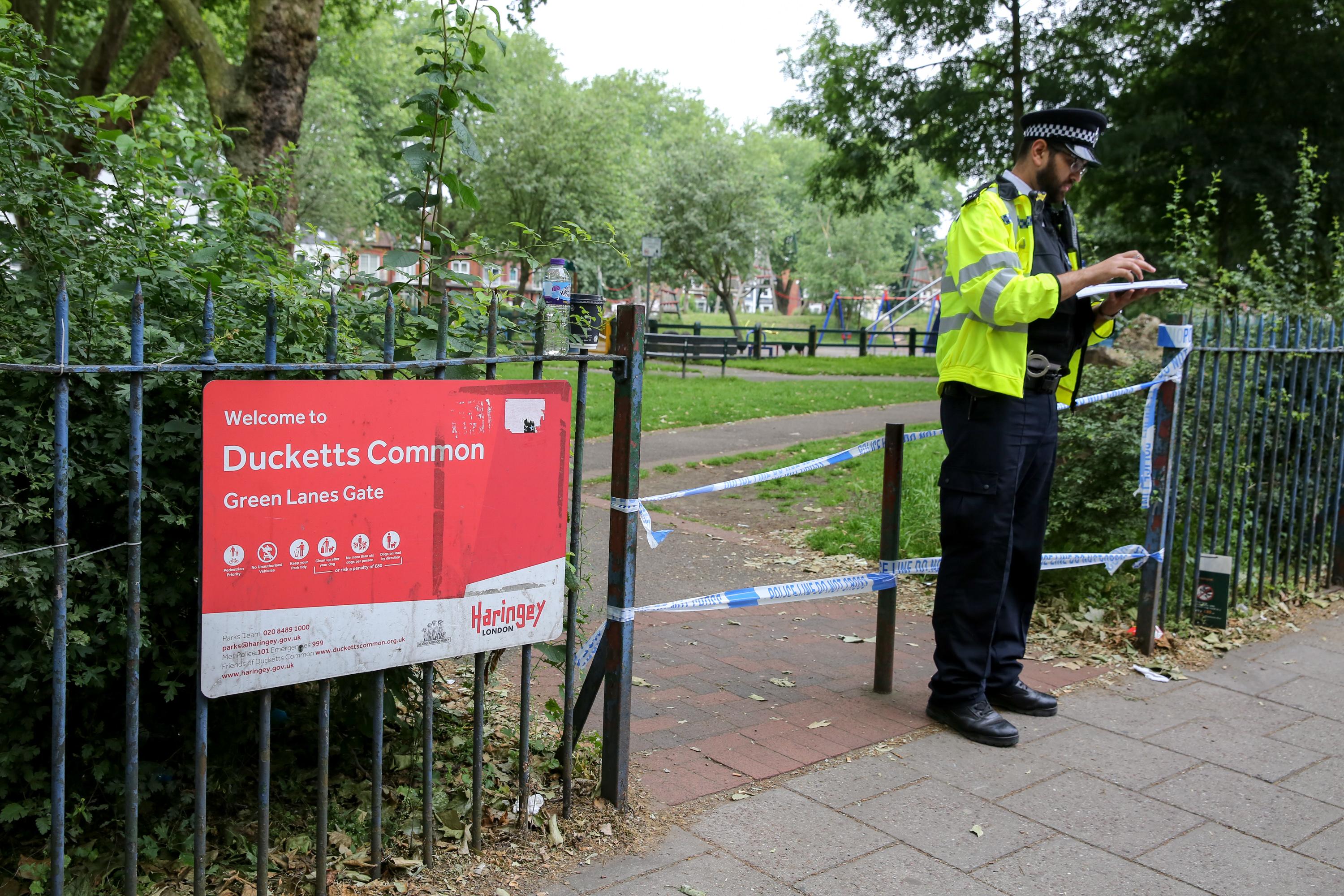 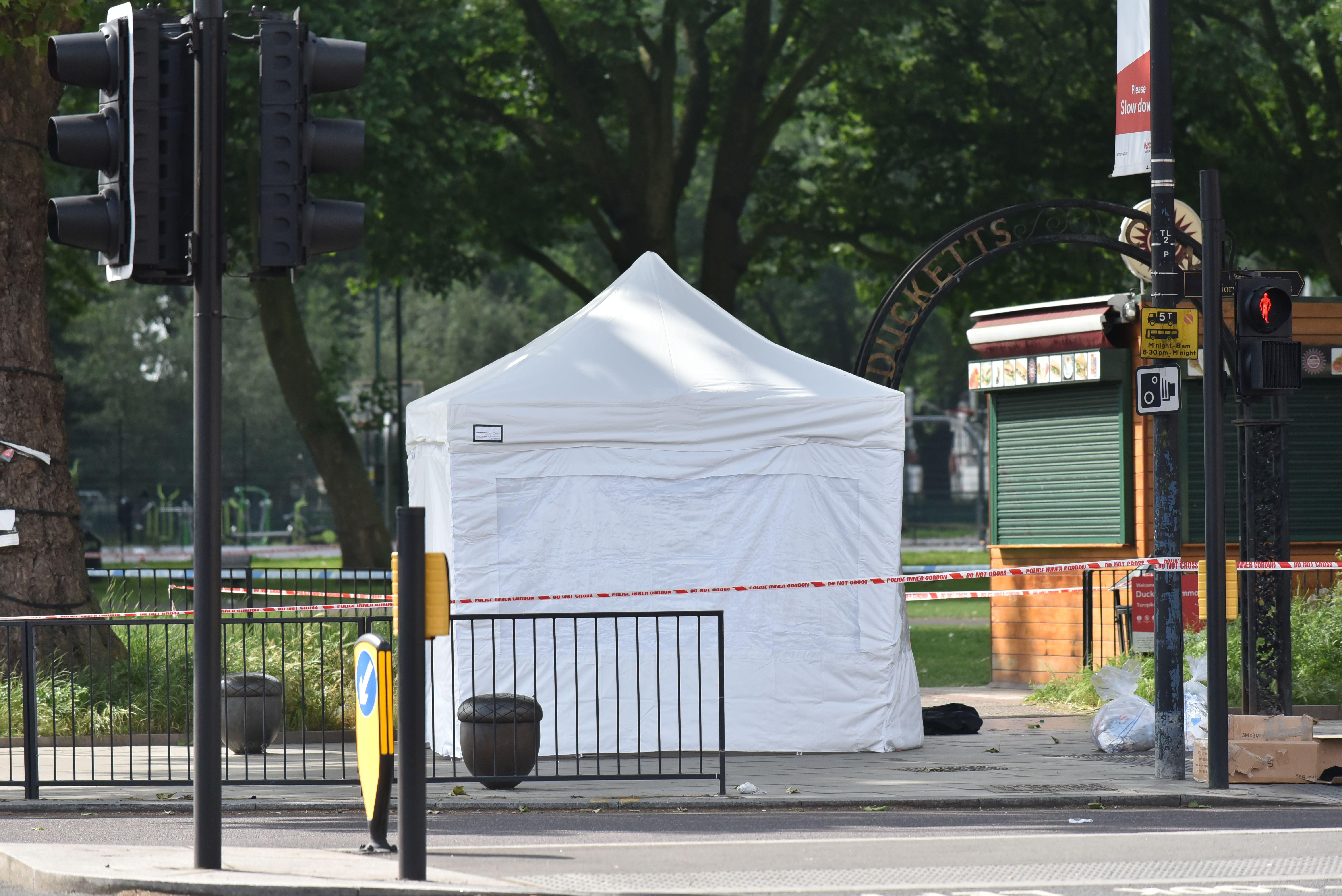 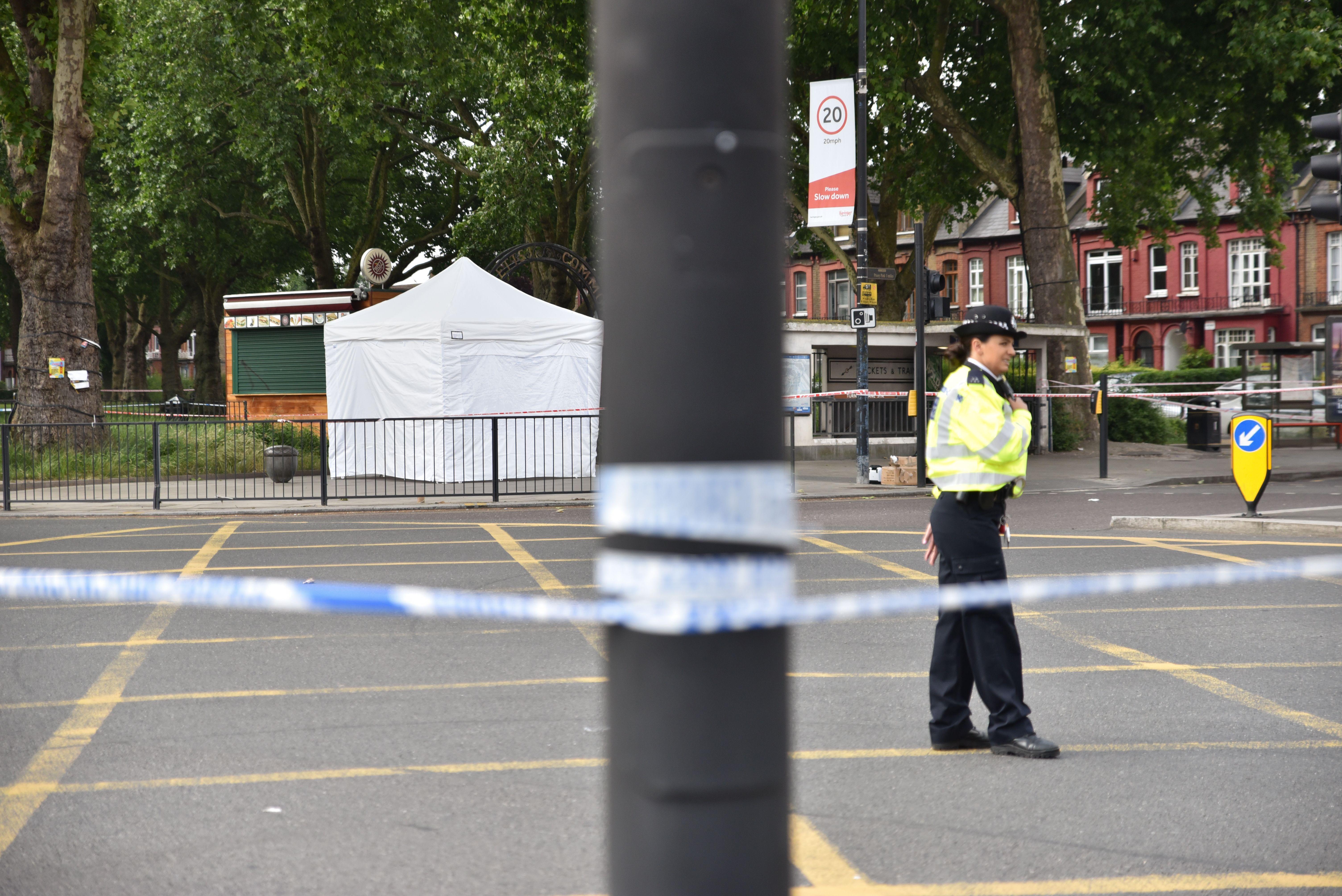 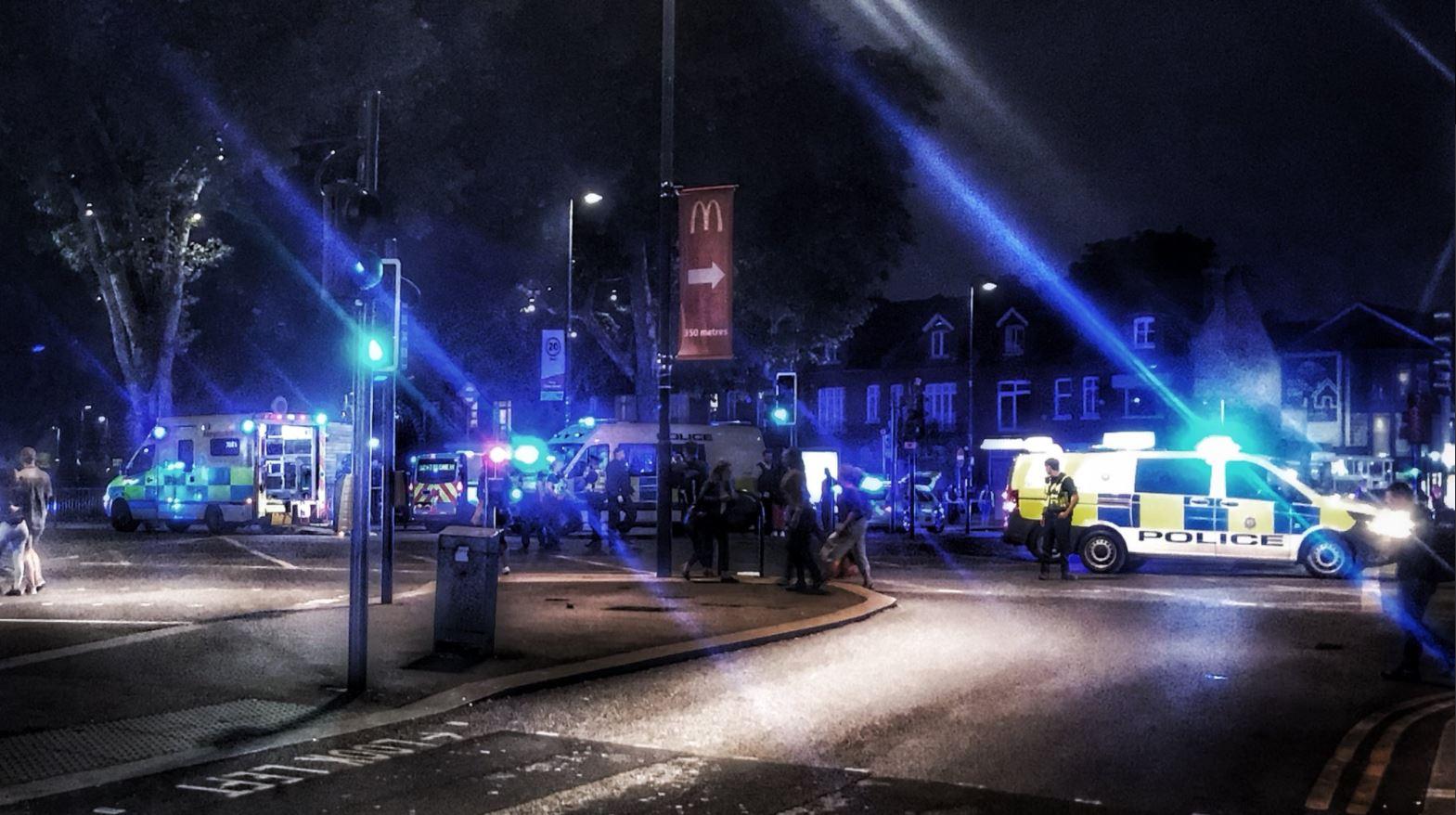 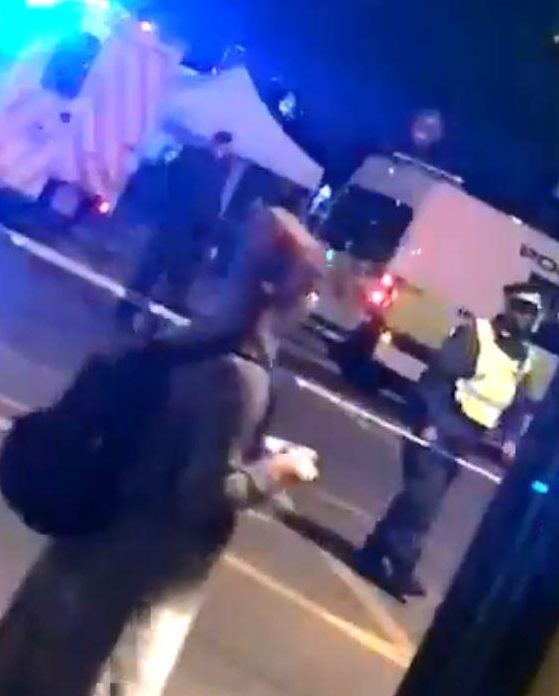 Greg Roberts, 46, a homeless, claimed drug dealing was "rife" in the area.

He said: "It happens everywhere. It is rife, really rife.

"The police patrol, but they don't question anyone.

"It is blatant. I sit in the park every morning reading and I see it happen."

The man was pronounced dead at the scene, becoming one of at least 37 victims stabbed to death in the capital this year.

The authorities are in the process of notifying his next of kin and a post-mortem will be arranged in due course. 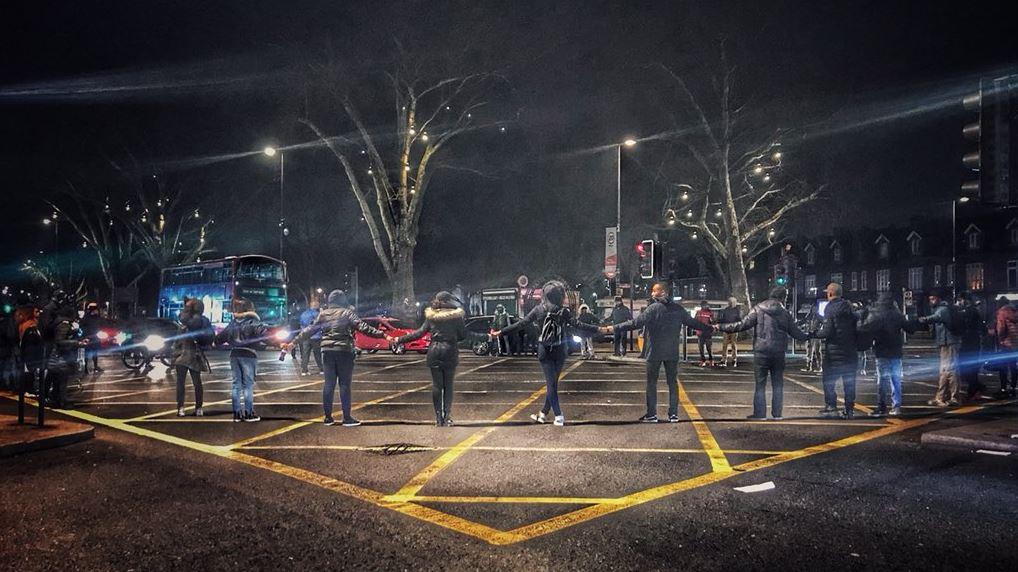 An urgent investigation was launched by detectives from Haringey CID but no arrests have been made, the Met Police said.

Lucy May Hunt wrote on Twitter: "Just got out of Turnpike Lane station to realise there’s just been a stabbing. Medics literally giving CPR to a guy in front of us."

This becomes latest act of violence in a city where 75 have been murdered since the start of the year.

Only yesterday, horrifying footage emerged showing a 16-year-old schoolboy being knifed in the middle of a suburban street in Streatham, south London.

The boy, still in school uniform, is fighting with another lad and what appears to be an older man before his friends rush in to intervene.

Throughout the frenzied brawl, the other youth wearing a dark tracksuit is seen holding what looks like a sharp object while his victim grapples with him.

A man wearing a bright blue shirt also appears to be holding a similar object during the scuffle.

The footage, captured from a house on the street, cuts away from the drama, only to show the teen lying on the ground while others call for an ambulance.

Witnesses and anyone with information that could assist the investigation in Haringey are urged to call police on 101 quoting reference 7472JUN09.

You can also give information anonymously by contacting Crimestoppers on 0800 555 111 or online at www.crimestoppers-uk.org.