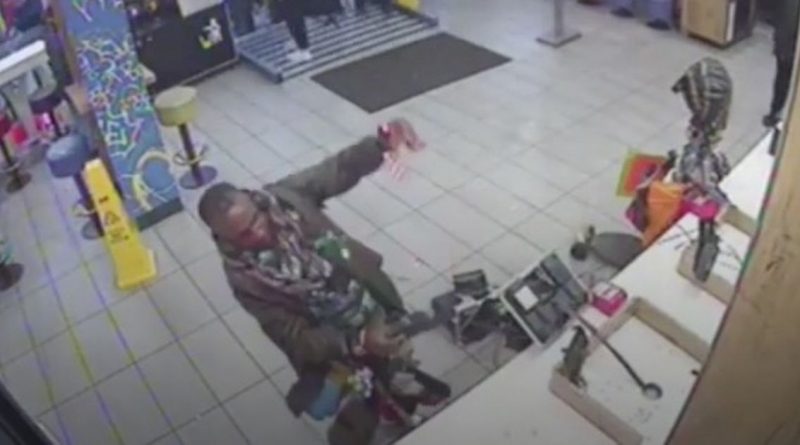 Shocking footage shows the moment a man ripped two McDonald’s tills out and assaulted the store manager after he was refused service at a London branch.

David King, 50, caused around £1,000 of damage in the Camberwell Maccies store when staff refused to serve him because he had been drinking alcohol inside at around 3.30 pm on November 1, 2019.

In the clip, he rips the till off the counters while other customers stand and watch and some leave in a hurry with their food.

People stand in the doorway looking shocked as he carries out the destruction in broad daylight.

The Lambeth resident was convicted of criminal damage and common assault by beating following a trial at Croydon Magistrates’ Court and will be sentenced at the same court on May 10.

McDonald's staff spotted King drinking inside the chain and refused to serve him, My London reports.

The manager agreed to take King’s order if he took his food outside the restaurant but he suddenly became irate and took another swig of his drink before pouring the rest on the floor.

CCTV footage showed King aggressively shouting, throwing large bags of popcorn across the counter, and ripping two electronic till screens off their fixtures as school children watched on.

He was later arrested by police officers at the chain.

The manager gave evidence during the trial and spoke about how afraid he was when he was pushed back towards the deep fat fryers with oil at 178 degrees.

He told the police King had been out of control and had deliberately knocked over the drinks tower.

King caused approximately £1,000 damage to the till system, forcing the McDonald’s branch to close during the after-school rush hour.

The expected loss of revenue was £700 per hour when the restaurant closed.