The world’s biggest fast food chains are subjecting chickens to ‘chronic pain’ in factory-style farms around the globe, a report has found.

The organisation’s ‘Pecking Order’ report claimed that as a result, some of the billions of chickens sold at fast food chains such as Burger King and McDonald’s had ‘endured stressful and painful deaths’. 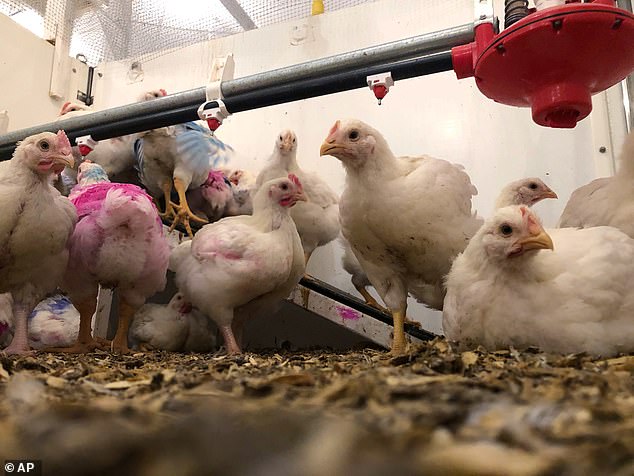 Bad chicks: A global report has found that some of the biggest fast food chains in the world ‘universally disregard’ improving chicken welfare (stock image)

Around 60 billion chickens are raised for meat around the world every year. Two thirds of meat-chickens, also known as broilers, live on so-called ‘factory farms’.

Modern broilers have been bred specifically to grow at an alarming rate, so that they reach the ideal slaughter weight after little over a month.

They are slaughtered after around 40 days, at which point they have grown at such speed that they are the size of a three-month old chicken.

The nine companies in the WAP report were assessed based on what policies they have on chicken welfare, what targets they have set to achieve this, and how they report on their progress. 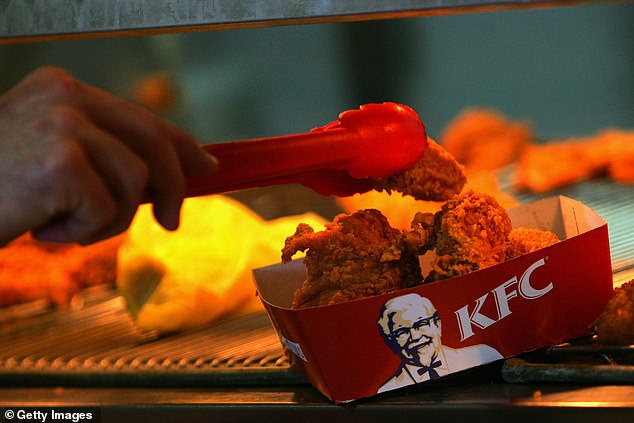 Criticised: KFC was one of the nine chains, which included two Domino’s Pizza companies, who were criticised in the global report

The WAP was only able to base its report on publicly available information, such as annual reports and the companies’ websites.

Pizza chain Domino’s was ranked eighth and ninth, the only global chain ruled to be ‘failing’, while others were ranked ‘poor’ or ‘very poor’.

The WAP report said that while Domino’s do have a global animal welfare policy, it is weak on chicken welfare, and the company has no targets to improve this.

Chicken-focused restaurant chains Nando’s and KFC were both ranked as ‘very poor’.

The report said that although both companies have made commitment to improve chicken welfare and have set targets on this matter, the targets are limited in scope and the policies are ‘not robust enough’. 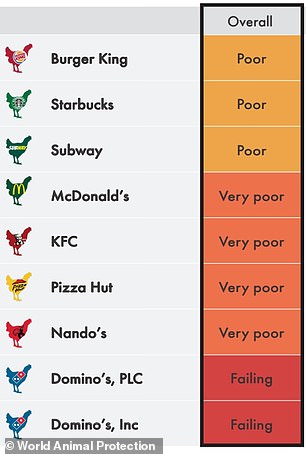 Not pleased: The WAP rated the nine chains as poor, very poor or even failing on chicken welfare

Burger King meanwhile – rated ‘poor’ – had made ‘robust commitments’ to improve chicken welfare, but only in the US and Canada and not in the UK or other countries.

McDonald’s was the only company out of the nine ranked which has a published global policy on chicken welfare. However, this policy only covers 70 per cent of the company’s operations.

WAG said the lack of global policies on issues like humane slaughter meant that chickens being served at Burger King and McDonald’s in certain areas of the world may be ‘enduring stressful, painful deaths’.

Burger King, Starbucks and Subway were the only three companies out of the nine which had ‘demonstrated interest and ambition in addressing the main problems faced by factory farmed chickens’, WAP said.

All companies mentioned in the report have been contacted for comment by MailOnline.

”Our internal technical teams undertake regular visits to all our suppliers across the world and we employ independent auditing companies to make extra checks.

‘We are confident that these processes ensure that the chicken we serve meets the high standards which our customers demand.’