Stephen Ley, 19, couldn't believe his eyes when he peeled the sticker off his regular fries – and found he had instantly won a brand new £15,000 Mini Cooper in the fast food chain's Monopoly competition. 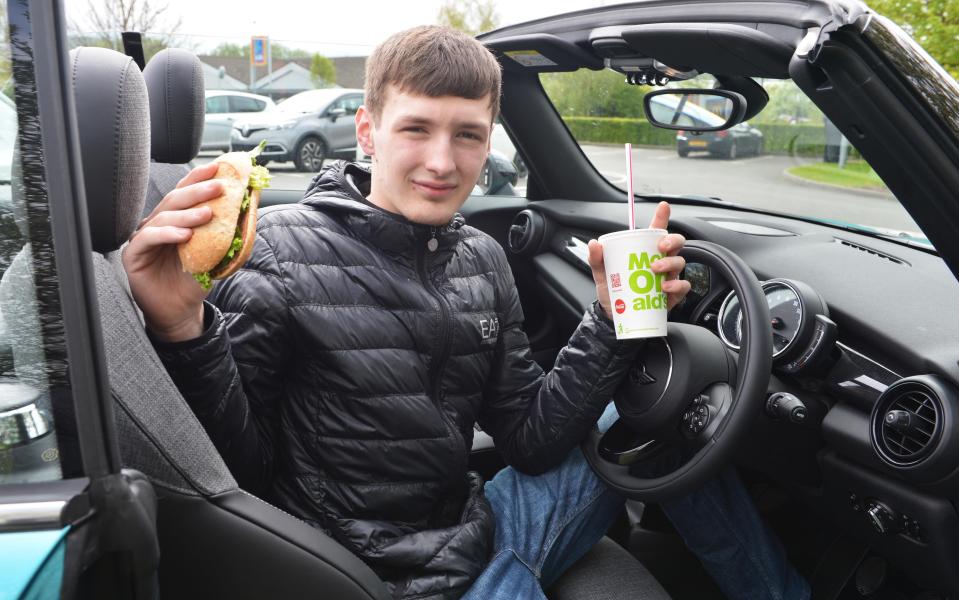 The teen picked up his new car from the fast food giant's Fenton branch in Stoke-on-Trent today – happily posing with his regular meal in the car.

Stephen said: "I just came in to get my tea and then when I peeled off the sticker it said I had won a Mini Cooper.

"I went through the drive-thru and parked up because I couldn’t believe I had won. I thought it was fake so I went on to the redeem website and it was confirmed.

"I had only gone in for a Chicken Legend, I never expected to win a car." 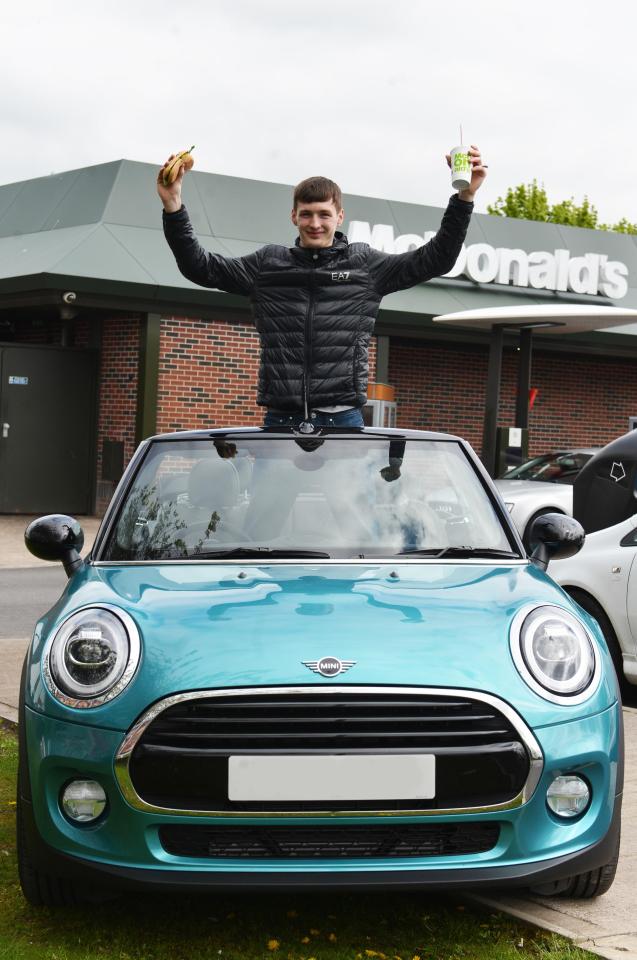 Stephen, a regular customer at McDonald’s, had his lucky win on March 23.

He added: "I go to McDonald’s pretty regularly, as often as once a day. I always look forward to the Monopoly promotion.

"I haven’t won anything this big before. I’m absolutely over the moon with my new Mini."

The teen, who already has a Ford Focus, said he would be comparing the two cars over a couple of spins.

Stephen’s big win was a first for manager Alex Sale in his 18 years working at McDonald’s.

Alex, aged 38, from the Westlands, said: “This has been first for me. I have never seen a big win before.

"The largest I have had previously is £10 and music vouchers.

“It is nice to see a regular customer win and to see how happy he is with his new car.

“It is nice to know that it goes to real local people and that people do actually win the big prizes."

It comes after fears of a McDonald's Monopoly crime spree were sparked after a masked man snatched vouchers at knifepoint.

The man barged past tills in Hayes, West London, and snatched the tickets, which can offer a free Mini Cooper and £100K in cash.