Patrick Plunket was the only other  man  she  ever  looked  at, and to this day she thinks of him. 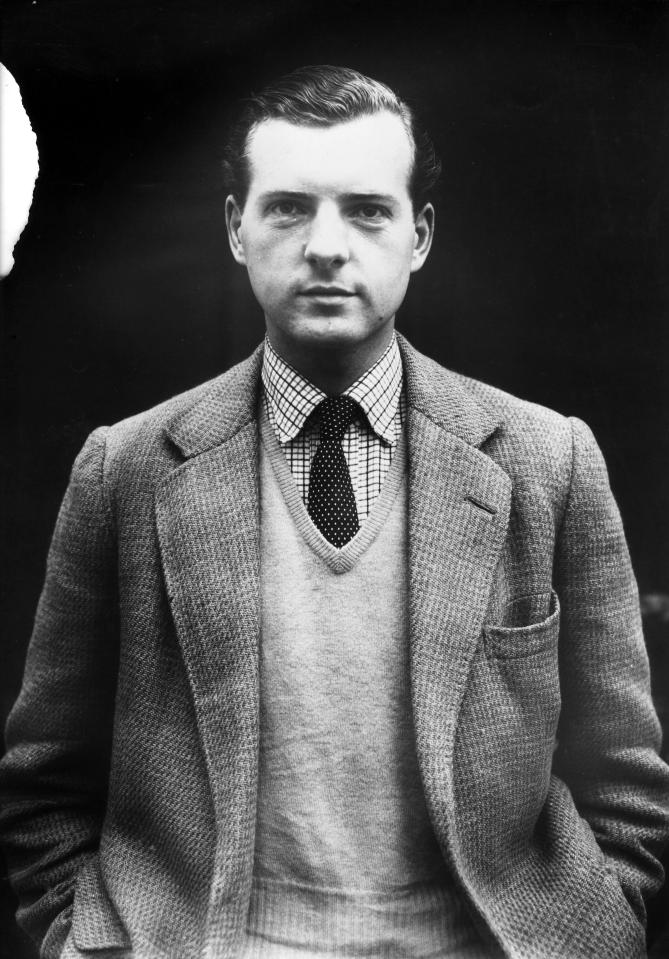 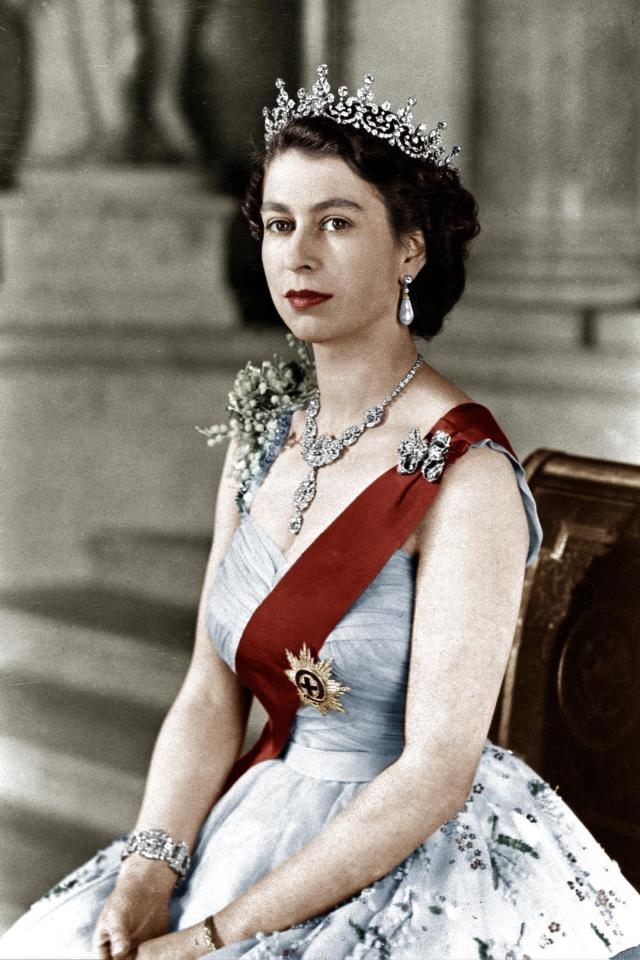 The dazzlingly handsome former Guards officer spent 25 years in her service. He was more than a courtier and much more than a friend.

In her 92 years, no other man has ever been that close to the Queen, apart from Prince Philip.

In 1975, when bachelor Plunket died from liver cancer aged just 51, the Queen was plunged into grief. 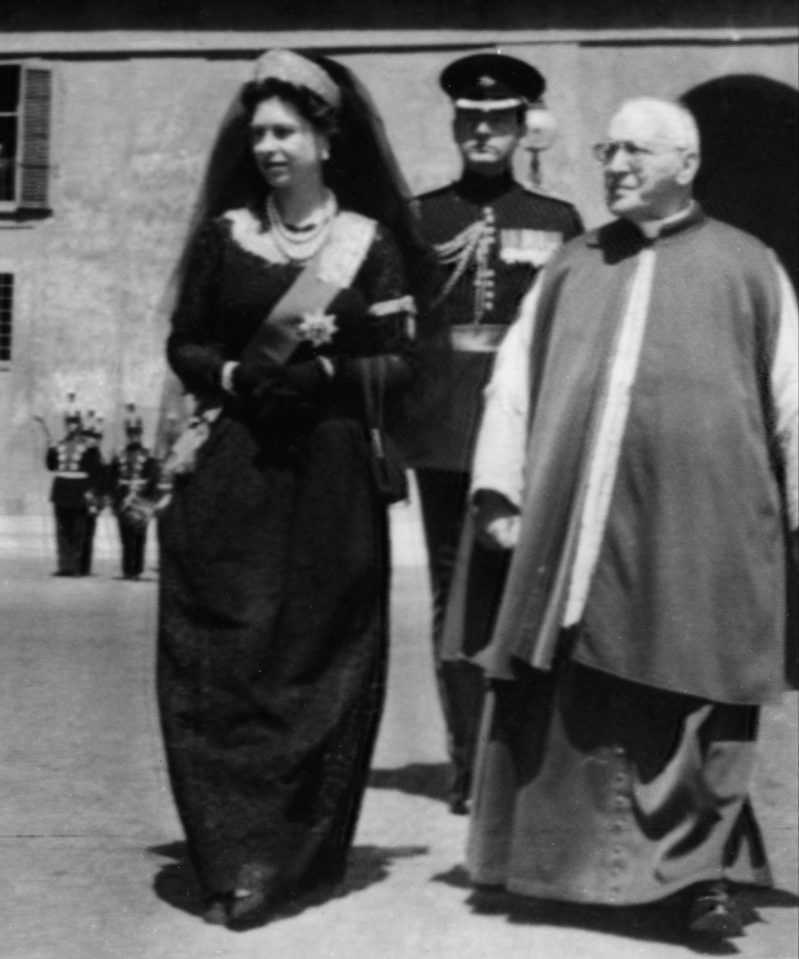 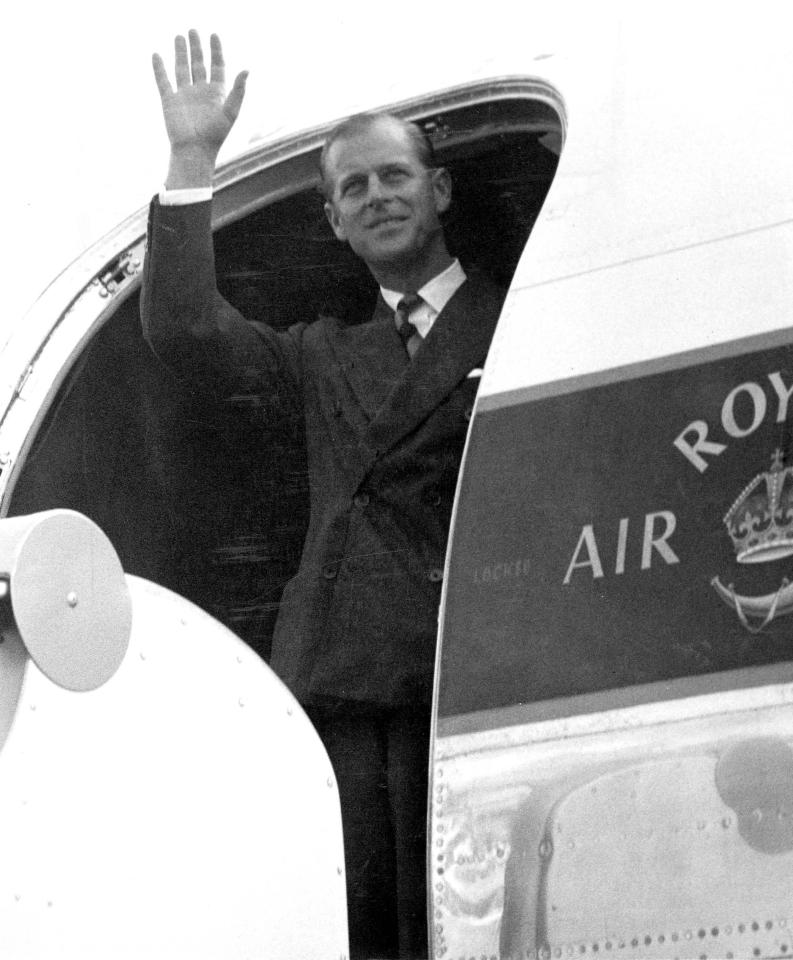 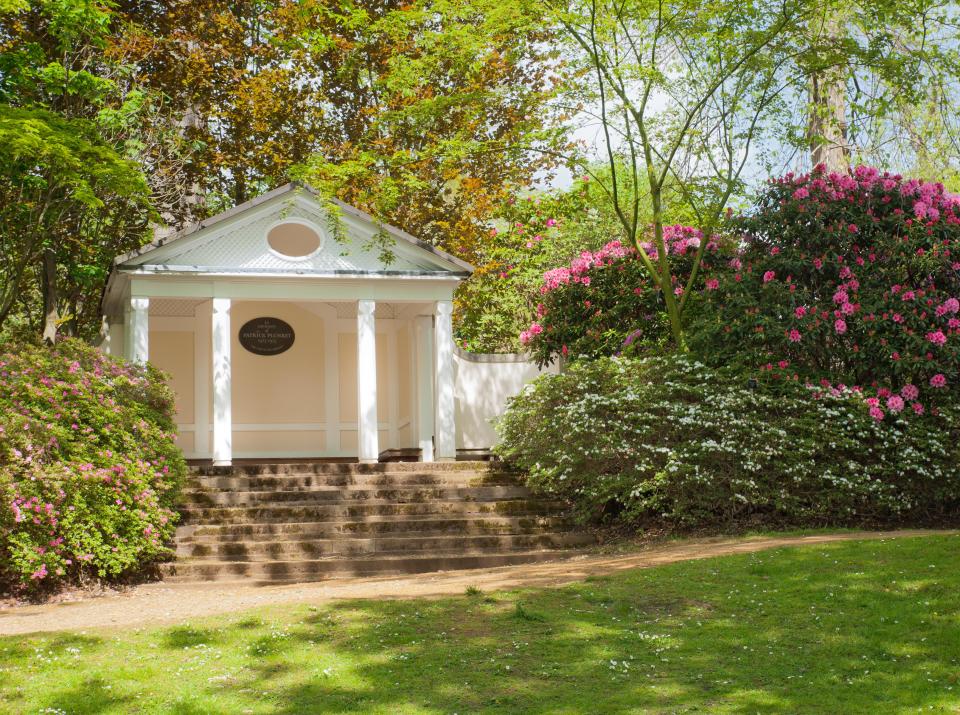 Breaching all protocol, she ordered a royal funeral for him at St James’s Palace. Again, she broke precedent by attending his memorial service.

Then she ordered that a memorial temple should be built to him in Windsor Great Park. She had a hand in its design and chose the flowers to be planted around it.

Many times since Plunket’s death, when the Queen has gone to watch polo at nearby Smith’s Lawn, she has slipped away to sit, alone, beside the white-painted colonnaded temple built in her friend’s name in the park’s beautiful Valley Gardens.

Nobody ever mentions these visits — nobody ever has — as the grief is too private. 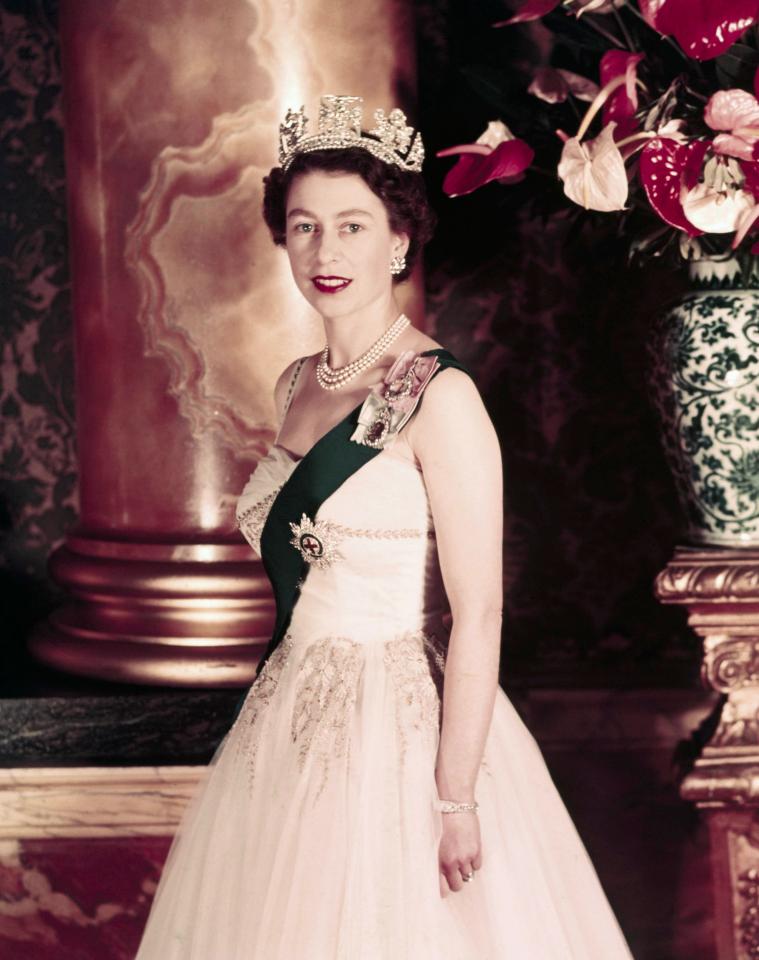 Such behaviour from a monarch who has spent a lifetime shielding her emotions from her subjects is unprecedented. But then, as Elizabeth was to confess herself, there was nobody to equal Patrick Plunket.

They had been friends since childhood. But when Elizabeth ascended the throne in 1952, aged 25, the relationship changed . . . and deepened.

Patrick’s father, Irish peer Lord Plunket, had been a close friend of Elizabeth’s parents, then the Duke and Duchess of York.

Plunket’s mother Dorothé was a half-American heiress and the couple were worldly and sophisticated members of the international set. 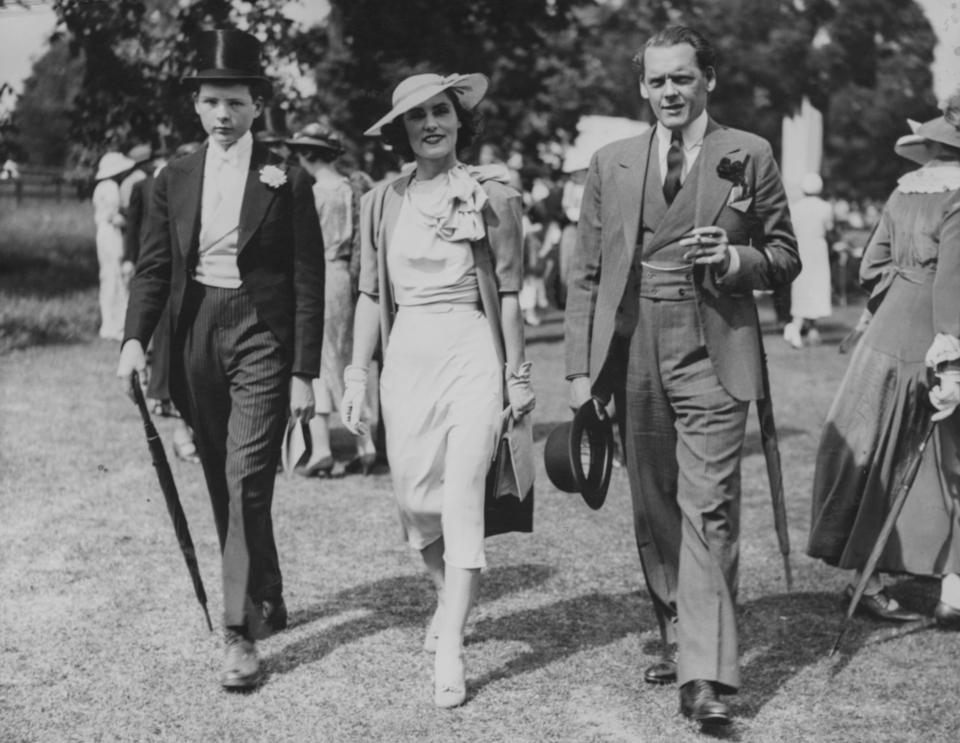 But when Patrick was just 15 they died in a plane crash and he inherited the family title.

In World War Two he served in the Irish Guards, then became an equerry for Elizabeth’s father, King George VI. When Elizabeth became queen, she appointed him Deputy Master of the Household.

As such he masterminded the Queen’s banquets and State receptions, as well as the Royal Ascot house parties. He revelled in it, loving nothing more than to please and surprise his royal boss.

As they discussed menus, guest lists and ways to keep boring guests at arm’s length, they became closer. 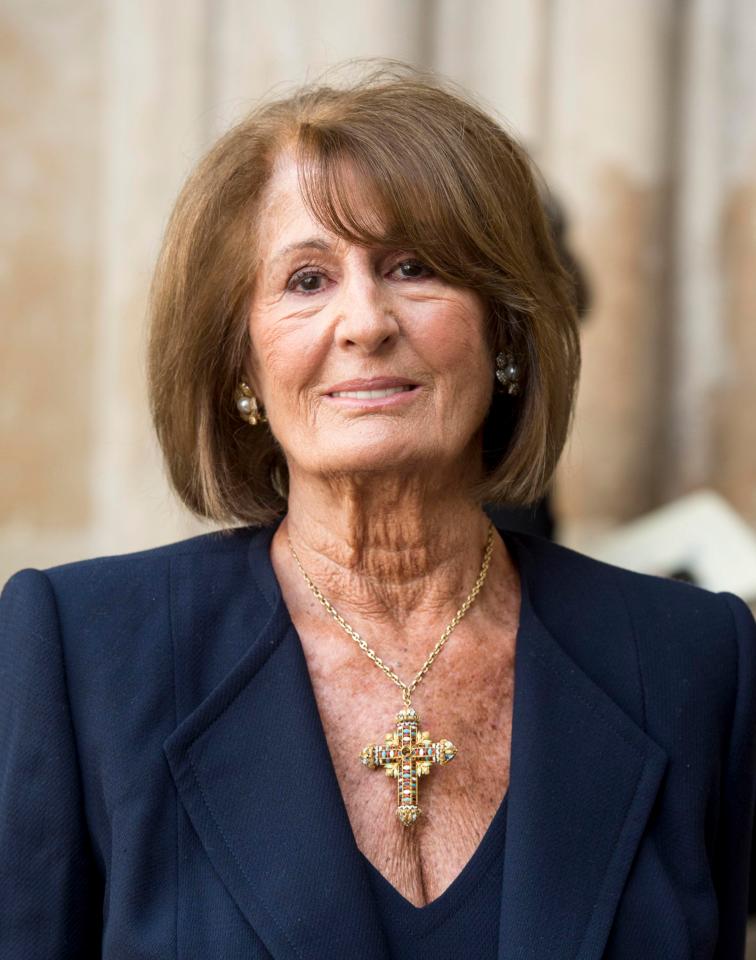 Plunket’s cousin, Lady Annabel Goldsmith — mother of Jemima — said: “He adored her from the outset.

“They enjoyed a very special connection. He was the one member of her staff who could talk to her on equal terms.

“There was an openness and honesty between them based on respect, friendship — and a lot of teasing.”

But the relationship was more than that. In 1956, when Prince Philip disappeared off on a world tour for four months on the royal yacht Britannia, Plunket provided a shoulder for the Queen to lean on, helping her through the lonely days and weeks. 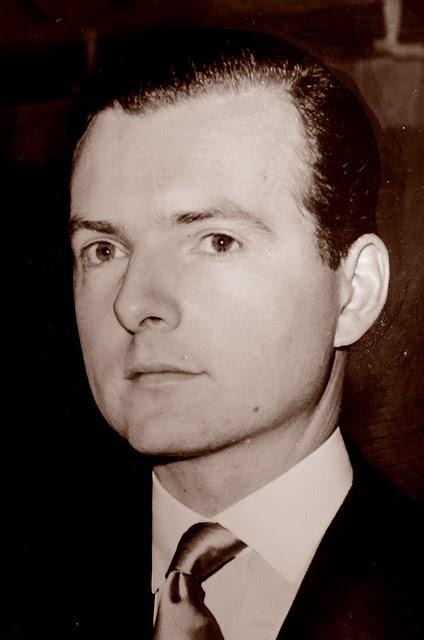 The royal marriage had reached a crisis point. Prince Philip had devoted himself to rejuvenating the monarchy and to selflessly serving the wife he loved, but there were impossible pressures on him.

Yet the reforms that Philip sought in the Palace and beyond were often turned aside or ignored.

“I’m just a bloody amoeba,” he complained, implying he was only there to father the next monarch — and nothing more.

Philip’s 1956 tour seemed endless, and nobody seemed to know when he would come home. Questions were asked in the House of Commons. 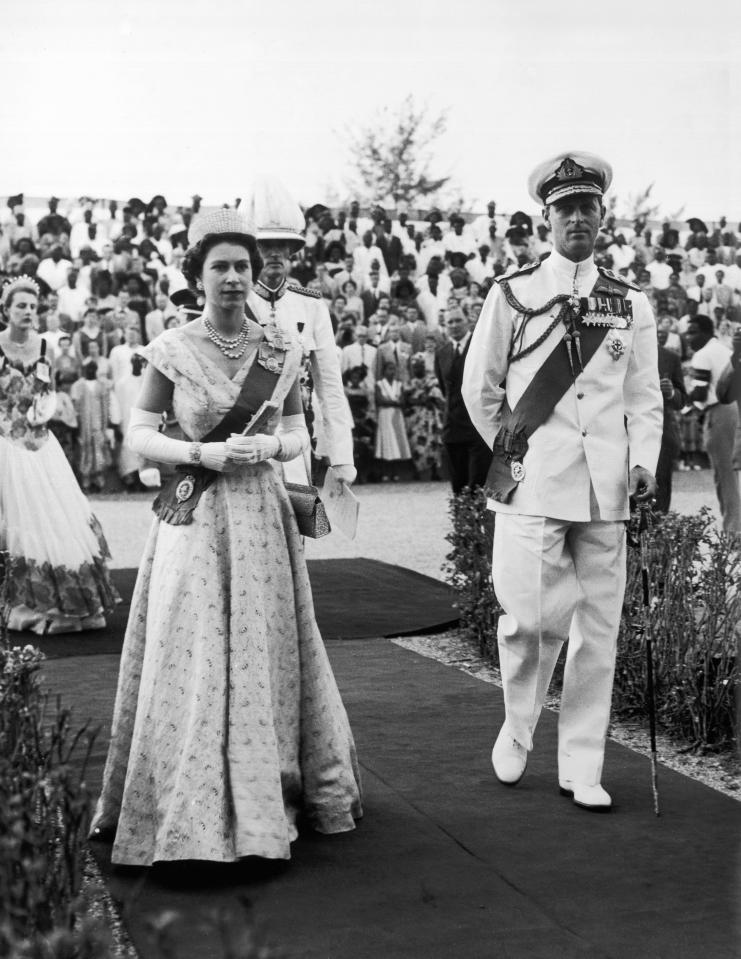 Reports started appearing in the American press of a serious rift in the royal marriage and rumours came back from Australasia of girls and parties aboard the Britannia.

It was hastily arranged for the Queen to meet her husband in Lisbon, Portugal, before he returned home. And perhaps in a moment of panic, worrying that she might lose him, she made Philip a Prince of the United Kingdom — until then he had been only a Greek prince.

At Windsor, Plunket continued to hold the Queen’s hand throughout the crisis. Lady Goldsmith said: “He was tall, impeccably dressed, with a voice full of merriment and his eyes crinkled up with laughter. He radiated an irrepressible sense of fun.”

Philip finally came home and the royal marriage was rekindled. 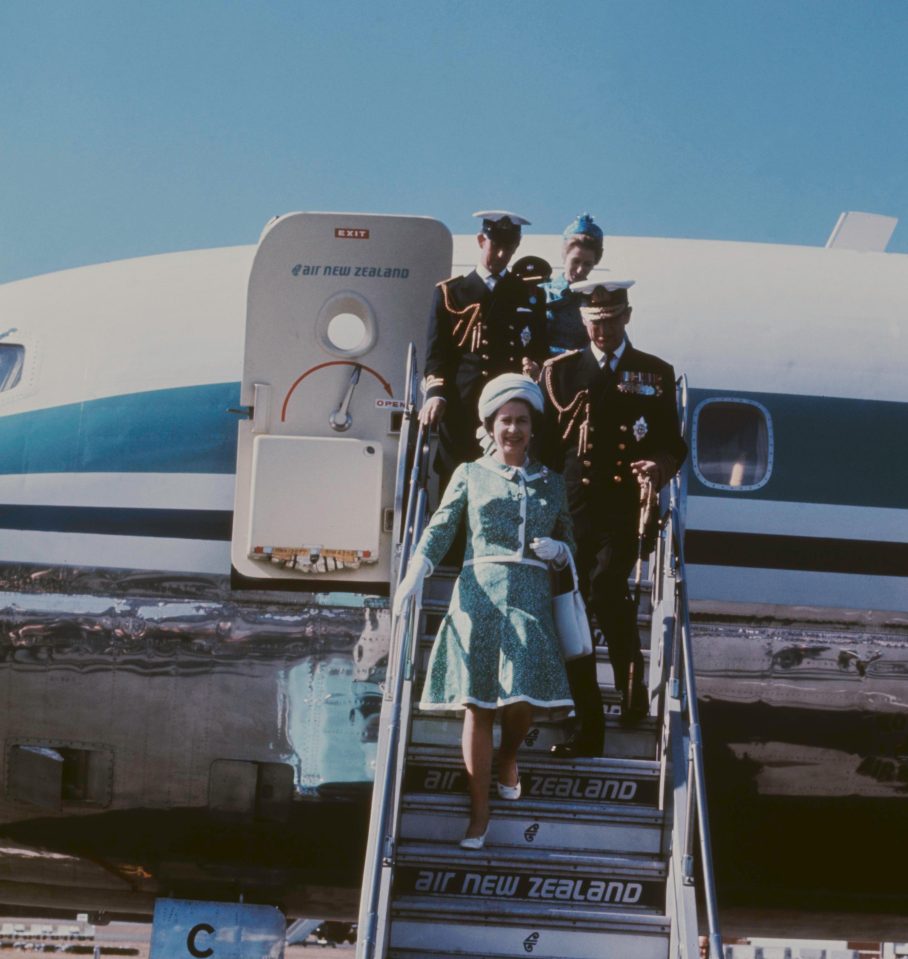 There had been a ten-year gap between the birth of Princess Anne and their next child, Prince Andrew — but things were back on track. If Philip had had an itch, it had been well and truly scratched.

And yet there was still a need for Patrick Plunket by the Queen’s side.

Her biographer, Sarah Bradford, said: “While Philip was off dancing with one of his women friends, Plunket would whirl Elizabeth on to the floor.

“He’d notice at parties if she was looking lonely, scoop her up and dance with her, always there if she looked a bit lonely.” 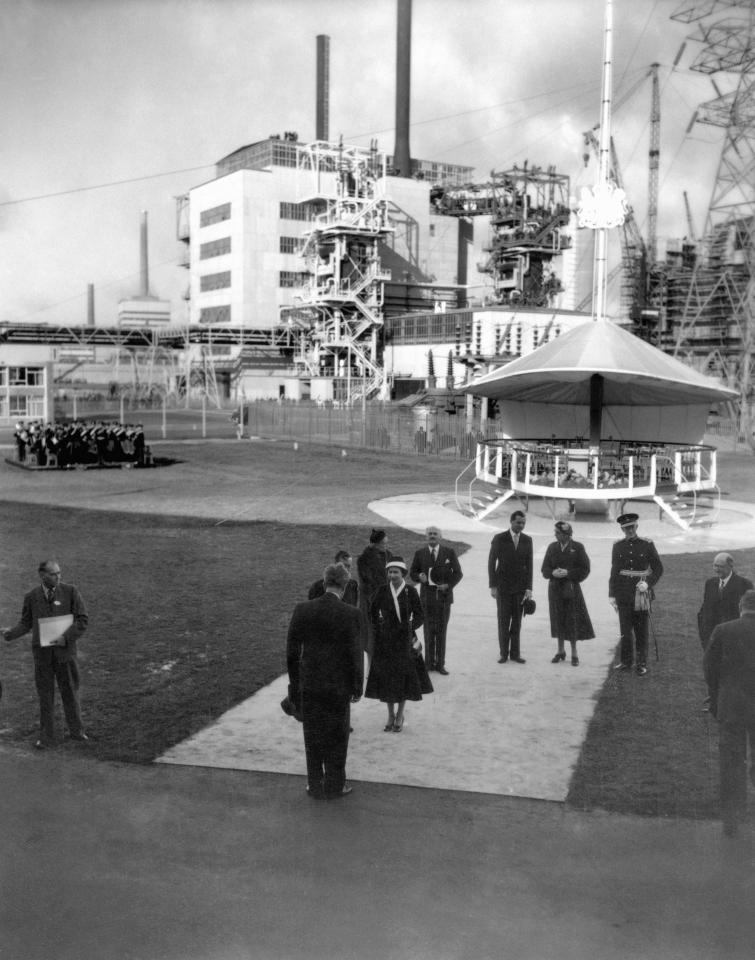 Royal biographer Charles Higham added: “He was slender, handsome, with thinning, dark hair and aristocratic profile. The Queen was very fond of him, very probably in love with him.”

Historian Sir Roy Strong added: “He was one of the few who could give the Queen a glimpse of the world outside.”

Plunket was not just playful, he was practical too. When the Queen discovered she needed a tiara for a formal occasion and found the Buckingham Palace safe was locked, he raced away and came back with a Plunket family heirloom.

When she visited his house — a rare honour for a royal servant, however lordly — she teased him for looking “like a dentist” in the expensive portrait he had recently commissioned from artist Graham Sutherland. 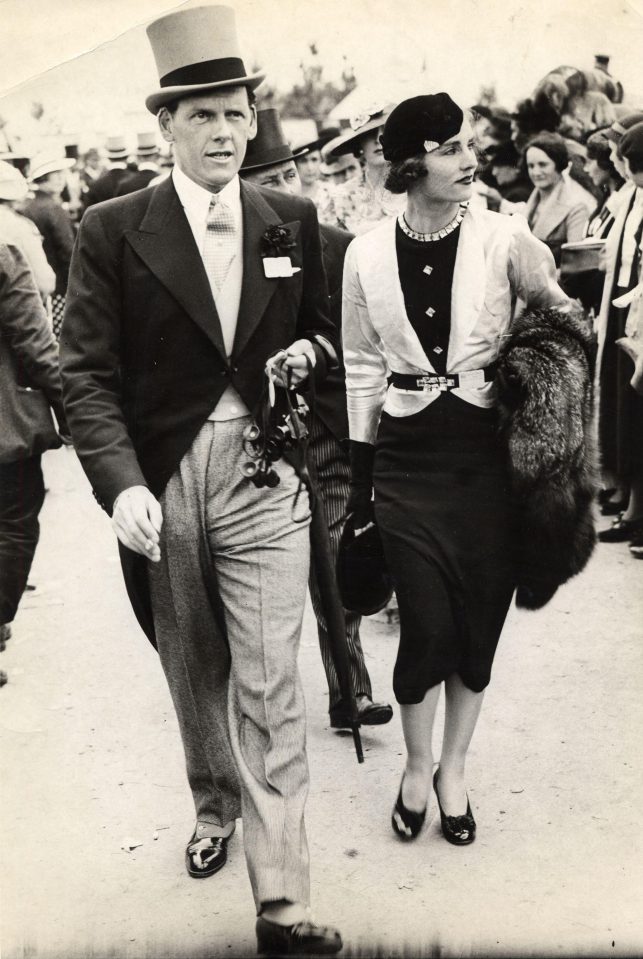 They laughed together a lot, especially during those crisis years. And even when he was terminally ill, he struggled from his sickbed to attend one last formal duty at Buckingham Palace, numbed by morphine as he tied his bow tie.

That night, the Queen and her adoring courtier knew it would be the last time they would meet.

Weeks later, at his memorial service at the Guards Chapel, his cousin Lady Goldsmith glanced at the Queen and “caught a look of deep sadness”.

For the only time in her life, Her Majesty had a hand in writing an obituary for The Times, stressing Plunket’s unselfish service and duty. 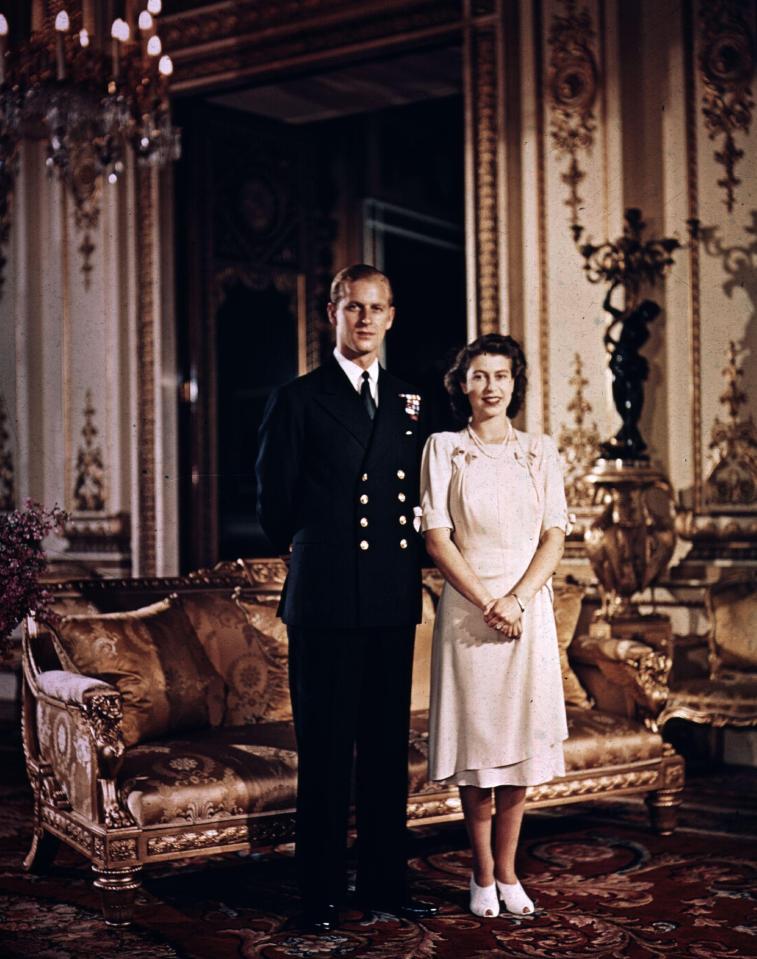 The article made it sound as though his service was for the whole Royal Family — but its meaning was clear to those who had witnessed Elizabeth and Plunket laughing together.

A year after his death, with the position still vacant, a courtier asked the Queen who would replace him as Deputy Master of the Royal Household. She answered: “No one will ever replace him.”

And so to the questions many people will be asking — was the Queen ever tempted? Was she unfaithful to Prince Philip, a man who has never quite escaped the swirl and fog of gossip about his own private life?

Did Her Majesty succumb to the charms and handsome good looks of the 7th Lord Plunket?

Royal biographer Robert Lacey, doesn’t think so. He said: “Opinions vary on Plunket’s sexuality,” and he quoted a fellow Guards officer who said: “He was one of those lucky characters who was just neutral.”

But Charles Higham has a different take. He said: “Even if her royal duty had not been utterly binding, she could never have entered into a relationship with him, because he was homosexual.”

Whatever the level of their relationship, it was intense and lasting. He was the only other man in her life.