Meet the OTHER stars of the royal wedding day: Father and son team Storm and Tyrone who will be among the four Windsor Grey horses pulling Meghan and Harry

Two of the six horses who will be involved with Prince Harry and Meghan Markle’s carriage procession are father and son, it was revealed today.

Storm and Tyrone are among four Windsor Greys who will pull the Ascot Landau carriage through Windsor, with Milford Haven and Plymouth completing the set.

A further two Windsor Grey horses, Sir Basil and Londonderry, will be outriders for the procession on the royal wedding day of May 19 through the Berkshire town. 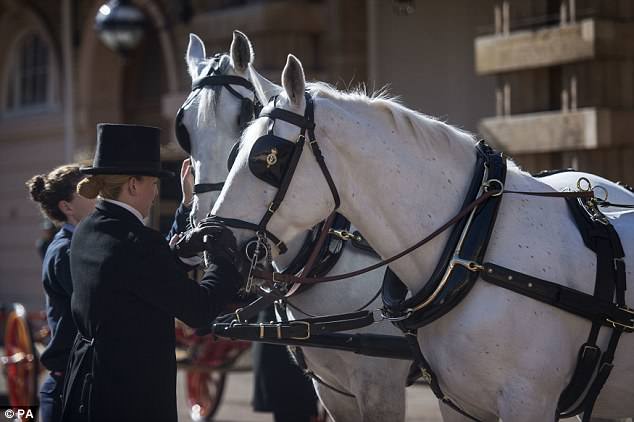 Two Windsor Greys, which will pull the carriage at Prince Harry and Meghan Markle’s wedding 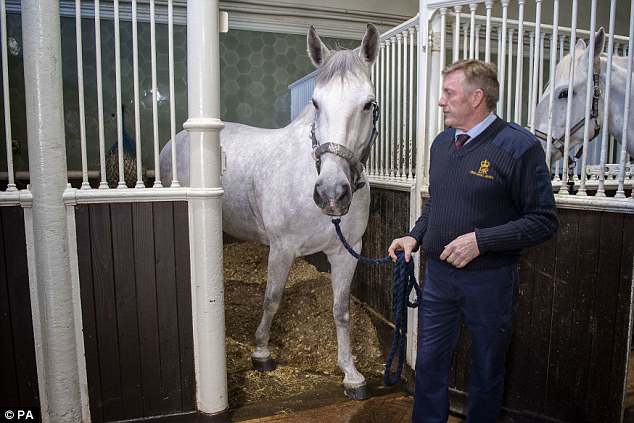 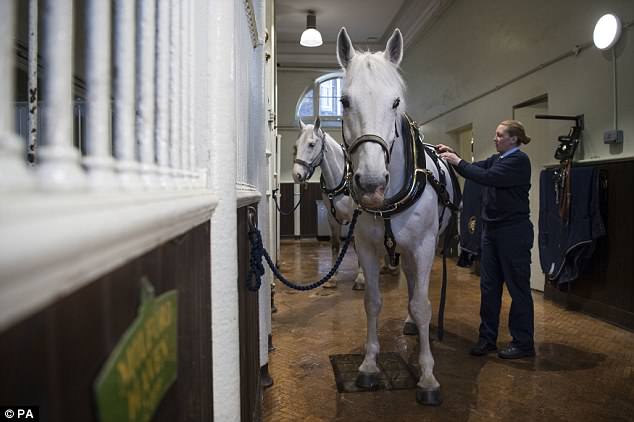 A Windsor Grey, one of the four horses that will pull the carriage at the wedding, is groomed

Harry and Meghan visited the royal mews at Buckingham Palace to select the Ascot Landau to use after they marry in St George’s Chapel at Windsor Castle.

Crown Equerry Colonel Toby Browne, who runs the royal mews, said: ‘We’ve always had two outriders and traditionally they acted to clear the path and herald the arrival of the principal in their carriage.

A postilion rider, sat on one of the two lead carriage horses, will drive the coach and another rider will sit behind him on a Windsor Grey in the second row.

Two footmen will sit behind the newlyweds at the back of the Landau. 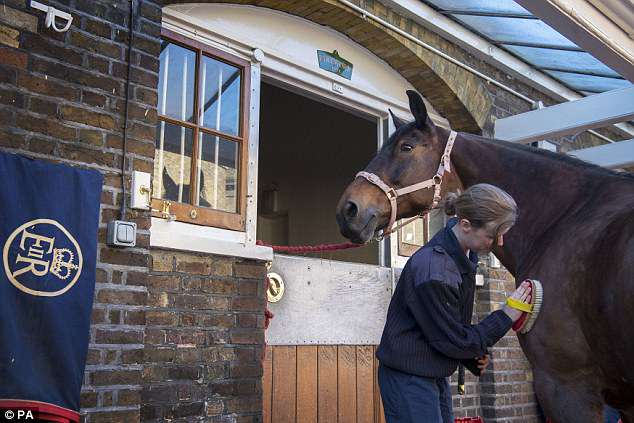 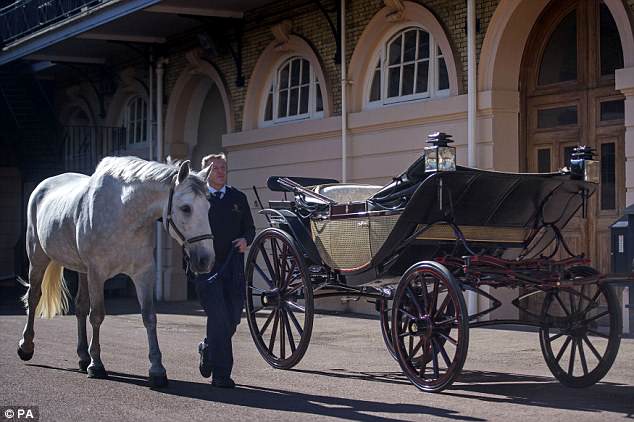 Philip Barnard-Brown, senior coachman at the mews, leads a Windsor Grey through the area 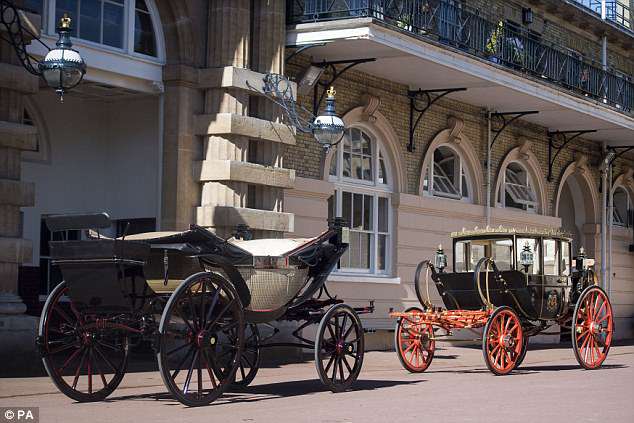 State cars from the Royal Mews include Bentleys, Rolls-Royces and Daimlers and they will be used to transport members of the royal family on the day.

Harry and Meghan’s wedding carriage procession will feature the newlyweds in a type of coach used during the Duke and Duchess of Cambridge’s nuptials in 2011.

The carriage procession will begin at 1pm after the wedding service, with the newlyweds driven along Castle Hill, into Windsor town centre before returning along the famous Long Walk for their reception.

If it rains on the wedding day the wet weather option is the Scottish State Coach. Built in 1830, a new top was created in 1969 with large windows, and a partial glass roof, to allow spectators to see the passengers.