SINGLE Peter Ellenstein was having breakfast with a pal when a message popped up on his phone that would change his life forever – a young woman had written to him claiming to be his daughter.

While his friend fell about laughing, thinking it must be a joke, the blood drained from 57-year-old Peter's face as he recalled how he'd donated sperm for extra cash in his 20s for £57-a-go. 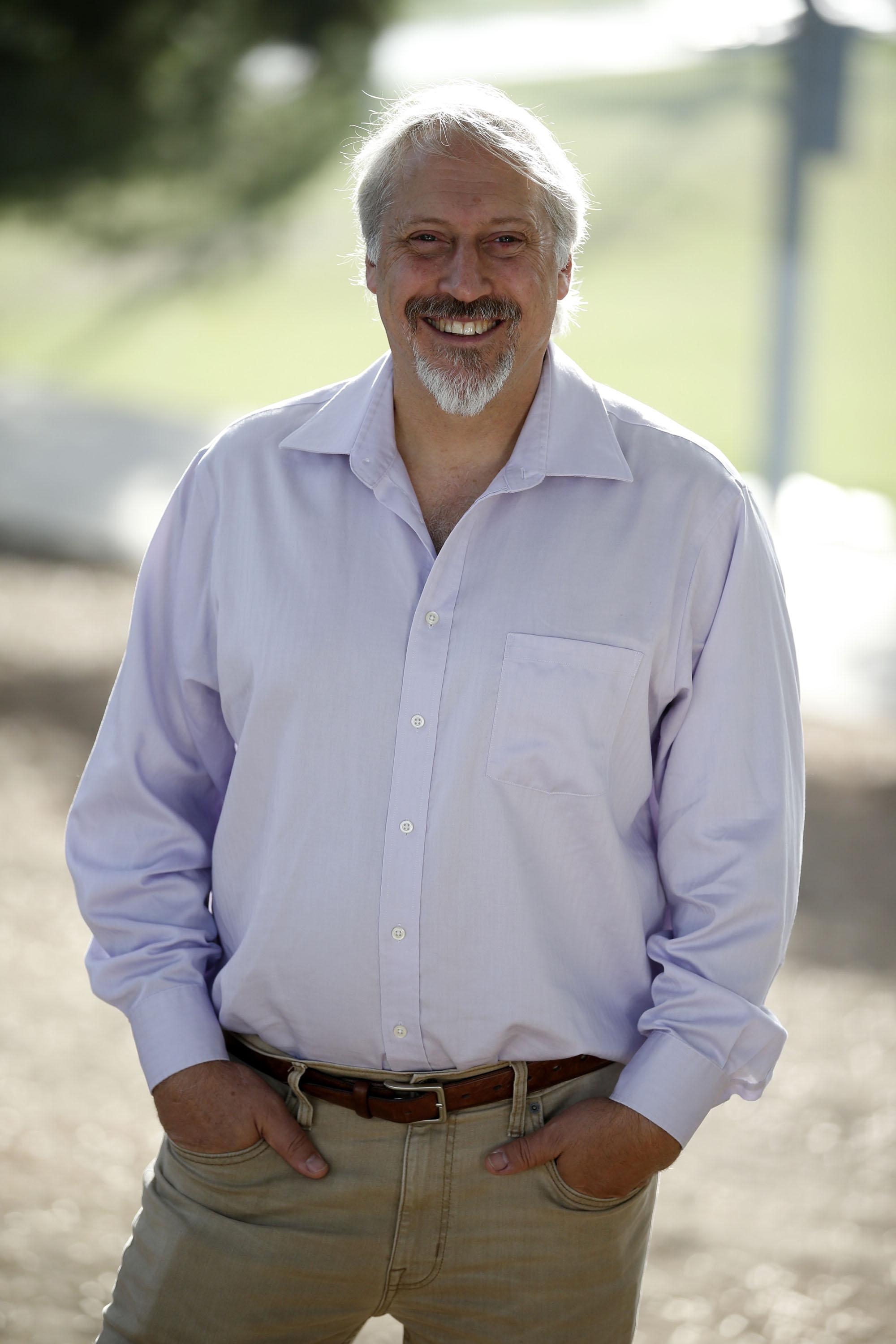 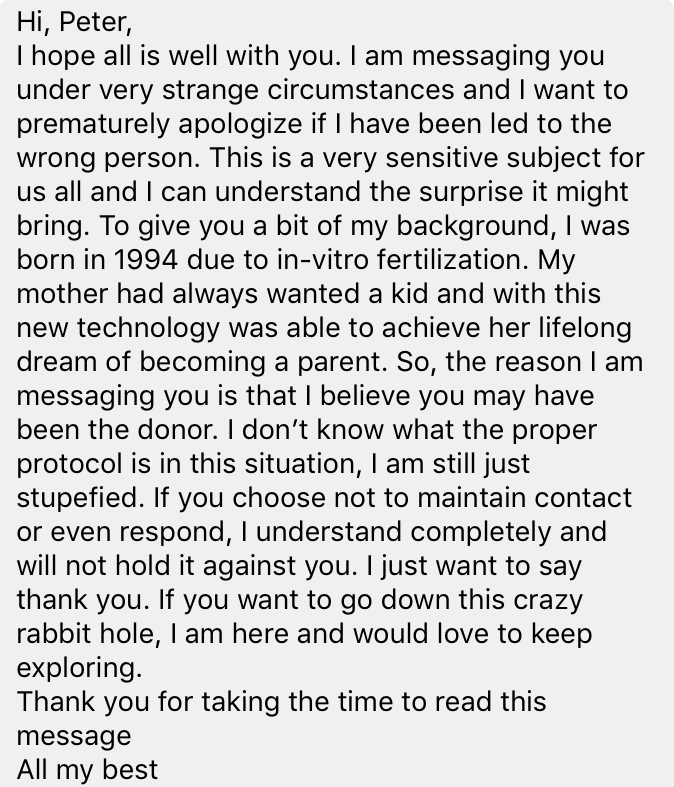 His mind began racing: was she really his donor child? Wasn't he supposed to be kept anonymous? How many more could be out there?

Divorced and childless Peter had spent around six years donating sperm when he was a struggling actor but had barely thought about it since.

But in the 12 months after that first Facebook message from daughter Rachel, he was contacted by a staggering 24 children – aged 17 to 30 – who discovered he was their dad using DNA testing and then tracked him down online.

Since then, two other children have come forward – and three of Peter's daughters have even moved in together after discovering they are sisters. 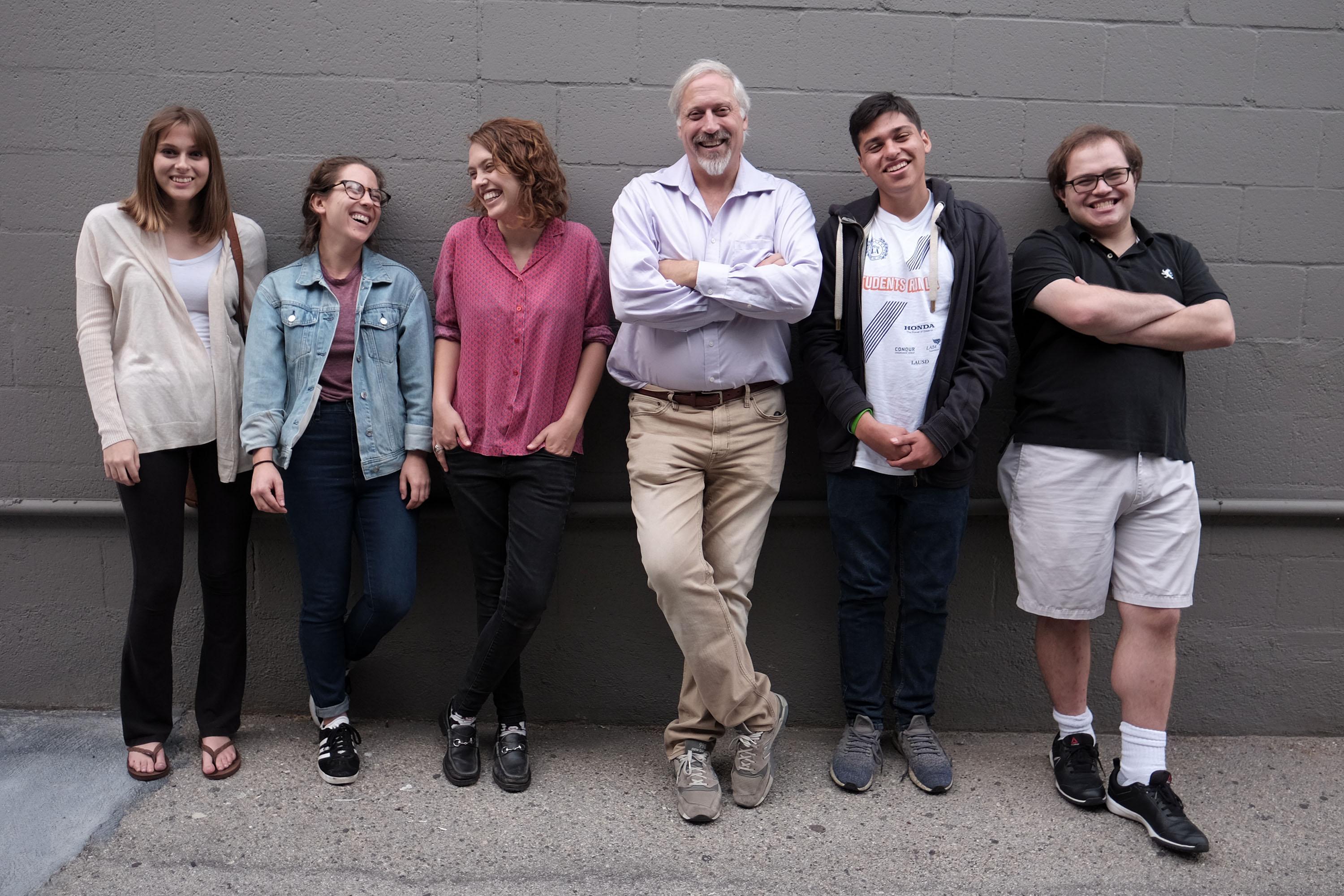 Shockingly, Peter believes there could be hundreds more kids there.

The extended "donor family" – which also includes three grandchildren – now try to hang out several times a month – meeting up for dinner, bowling and even going on family holidays.

And Peter's sure the number will keep growing.

"It was a shock at first, but now when I look around at all these kids I feel giddy," he told Sun Online.

"I can't believe I was a part – even a small part – of creating all these wonderful kids. "I don't know for sure how many kids there might be – the sperm bank doesn’t have complete records."

While in the UK donors can only legally father 10 children, across the pond there are no limits and regulations. 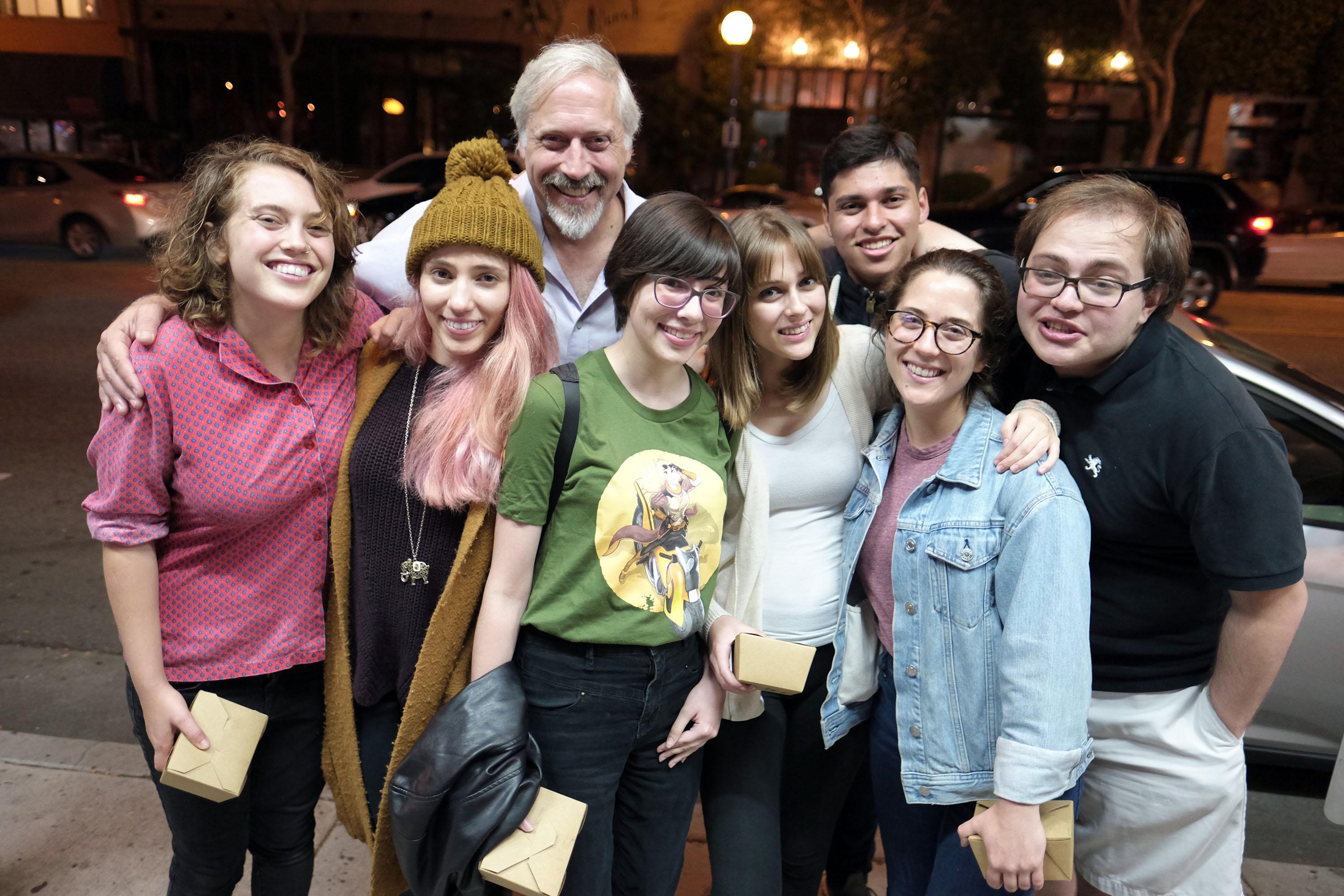 This is something some of Peter's donor kids are concerned about.

Sun Online joined Peter and seven of his kids on a "family" outing in Los Angeles, where they played an Escape Room game and went for a vegan Italian meal.

Peter and the children have a designated Facebook group and spreadsheet to help them keep in touch and plan meet-ups.

Many of the kids have similar physical or personality traits, and bizarrely they all seem to get on like they’ve known each other for years – even though some of them have only met in the past month.

Theatre director Peter's donor children live all over the US and the world – including France and China.

They've not managed to get all 26 together at the same time but hope to one day. 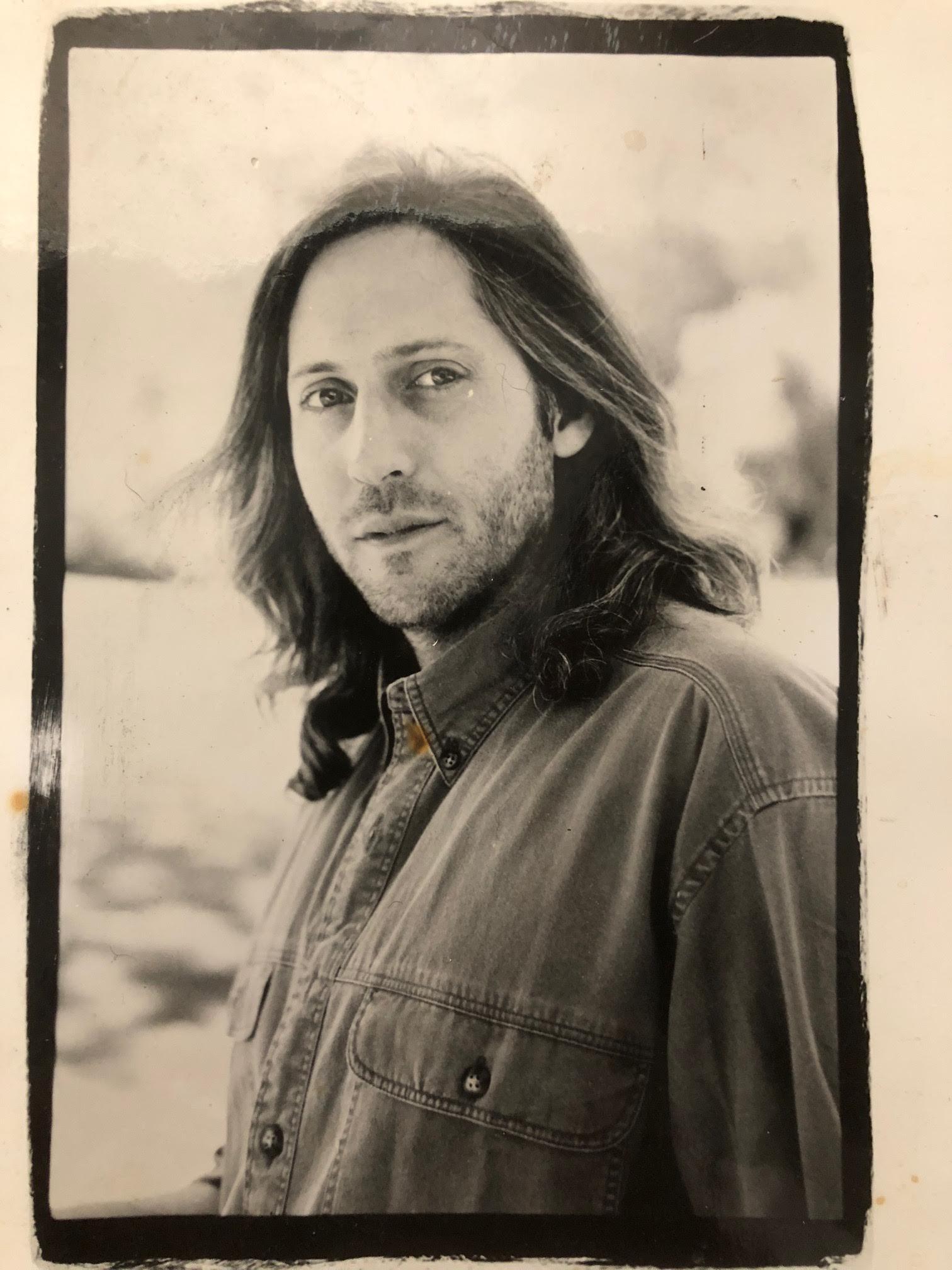 Sidney, is the youngest of the siblings at 17 and had no idea who his donor father was until he took a DNA test on the website 23andme, which matches people with their genetic relatives.

“I have two moms so I always knew I had a donor father but he was completely anonymous,” Sidney explained.

“Then I took the test and got connected with my sister Rachel and brother Peter and we kept growing.

“It’s weird to say that you have become friends with your siblings because usually you grow up with them, but in the past year that’s what’s happened to me. 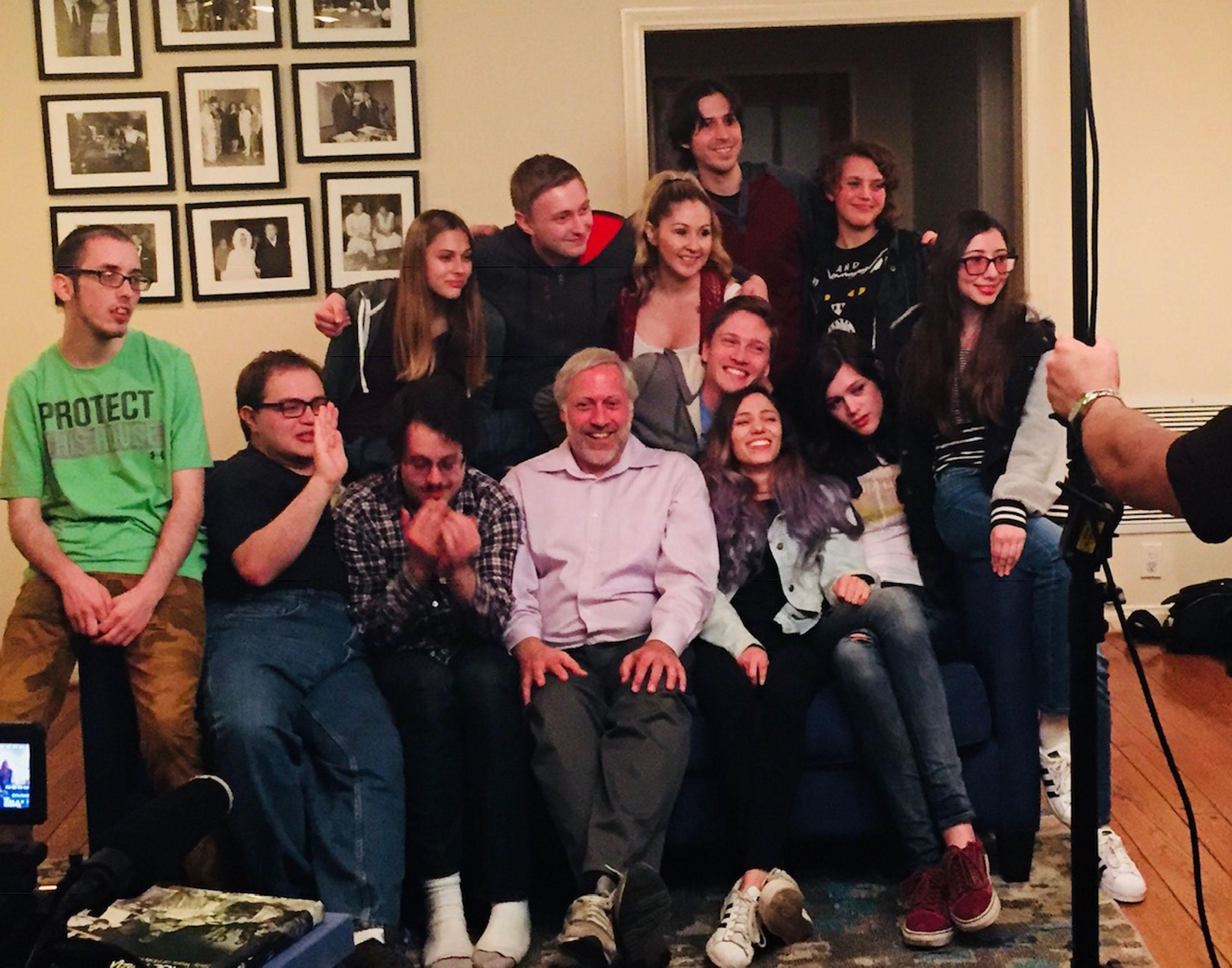 “It’s great for me because I’m an only child so I haven’t grown up with brothers or sisters so it’s nice now to get to go out and hang out with my siblings.

“It’s funny when I tell people that I have 23 siblings because they don’t believe me – they think I’m lying.” 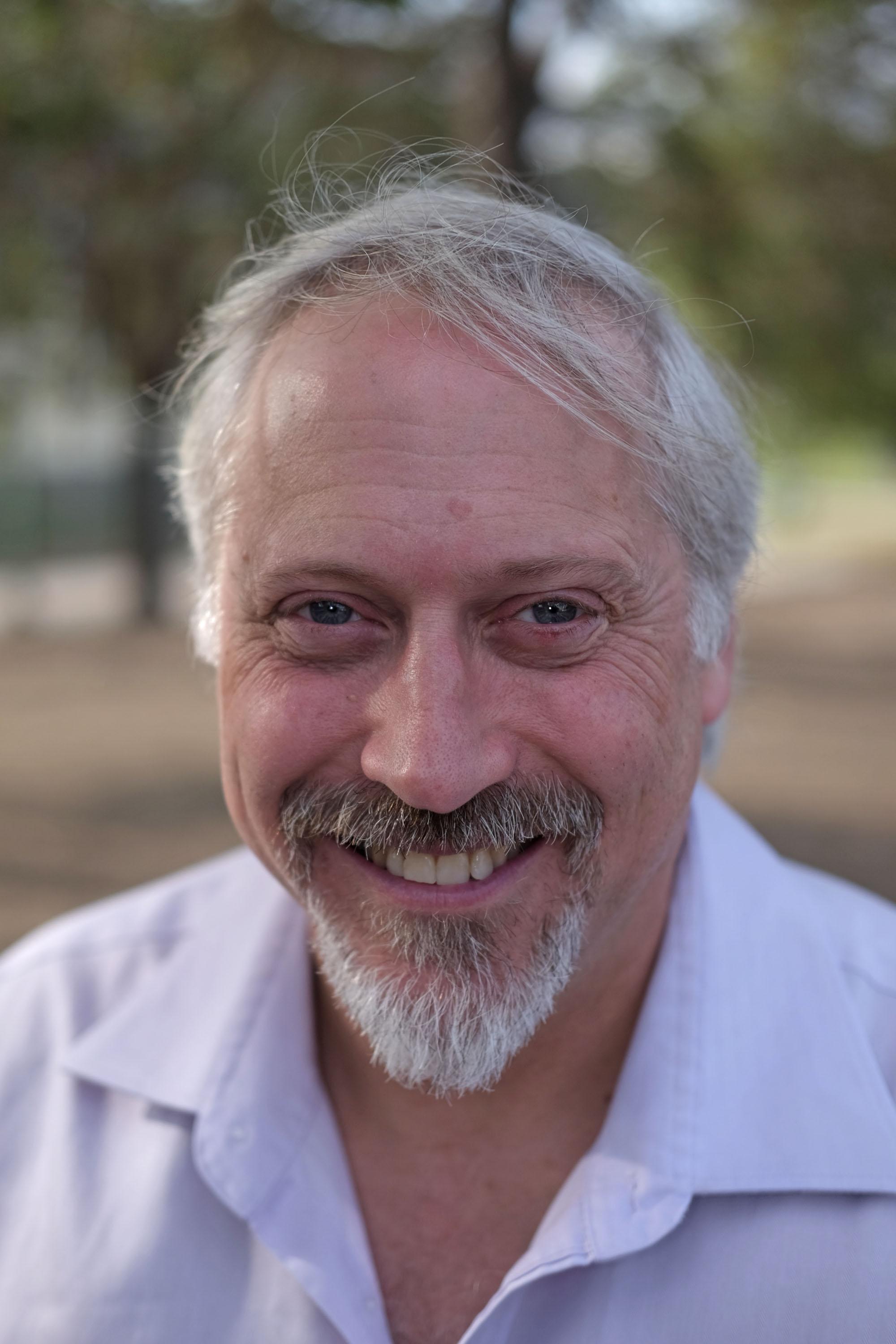 The message that changed everything

Peter’s donor daughter Rachel was the first one to reach out to Peter.

She had already managed to locate 11 of her donor siblings using the donor register and 23andme.

Pooling together different information they had been given from their parents, they figured out that their dad was an actor from Los Angeles and they knew his name.

She put the name into a movie database and found a “Peter Ellenstein”, then managed to track him down on Facebook.

Musician Rachel, 24, said she was most interested in seeing a picture of her biological father and learning a little bit more about “where she came from and how she got here”.

Rachel and Peter hit it off and became very close – now they speak to each other most days and even enjoyed a holiday to France together, where they visited another donor sibling.

Peter described meeting Rachel for the first time – via video chat – as “different than anything I'd ever felt before.”

He said: “It was a profound feeling looking at someone who so clearly resembled me and some of my mannerisms and it turned out we had all kinds of things in common.

“We actually met the next day in person and we hugged for a long time and cried and talked." 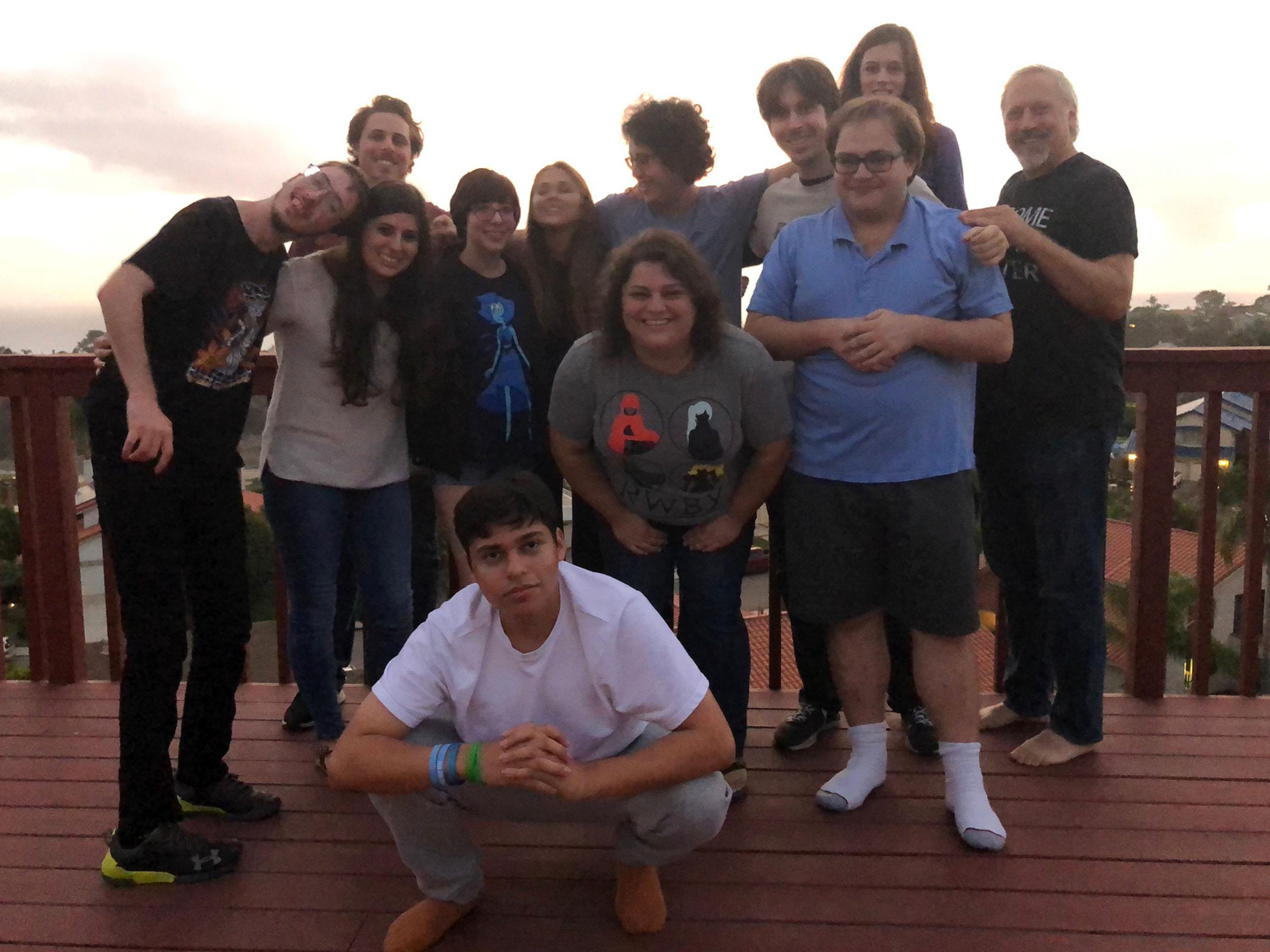 Rachel told him she had made contact with 11 other siblings and over the course of the year Peter began meeting them.

Another 12 kids then came forward over the next year.

And since, then two others have also emerged – the most recent one, a 20-year-old from Montana who is about to move to France to study.

"I'm going to meet him before he goes," Peter told us. "It's now not a shock for me when someone comes forward – but it's extremely exciting."

Peter said his friends and family have all reacted differently to the news of his new family – but his 92-year-old mother is delighted to suddenly have so many grandchildren.

“The reactions of everybody have been all over the map,” he said.

"My mother is thrilled she says, 'the more, the merrier’. 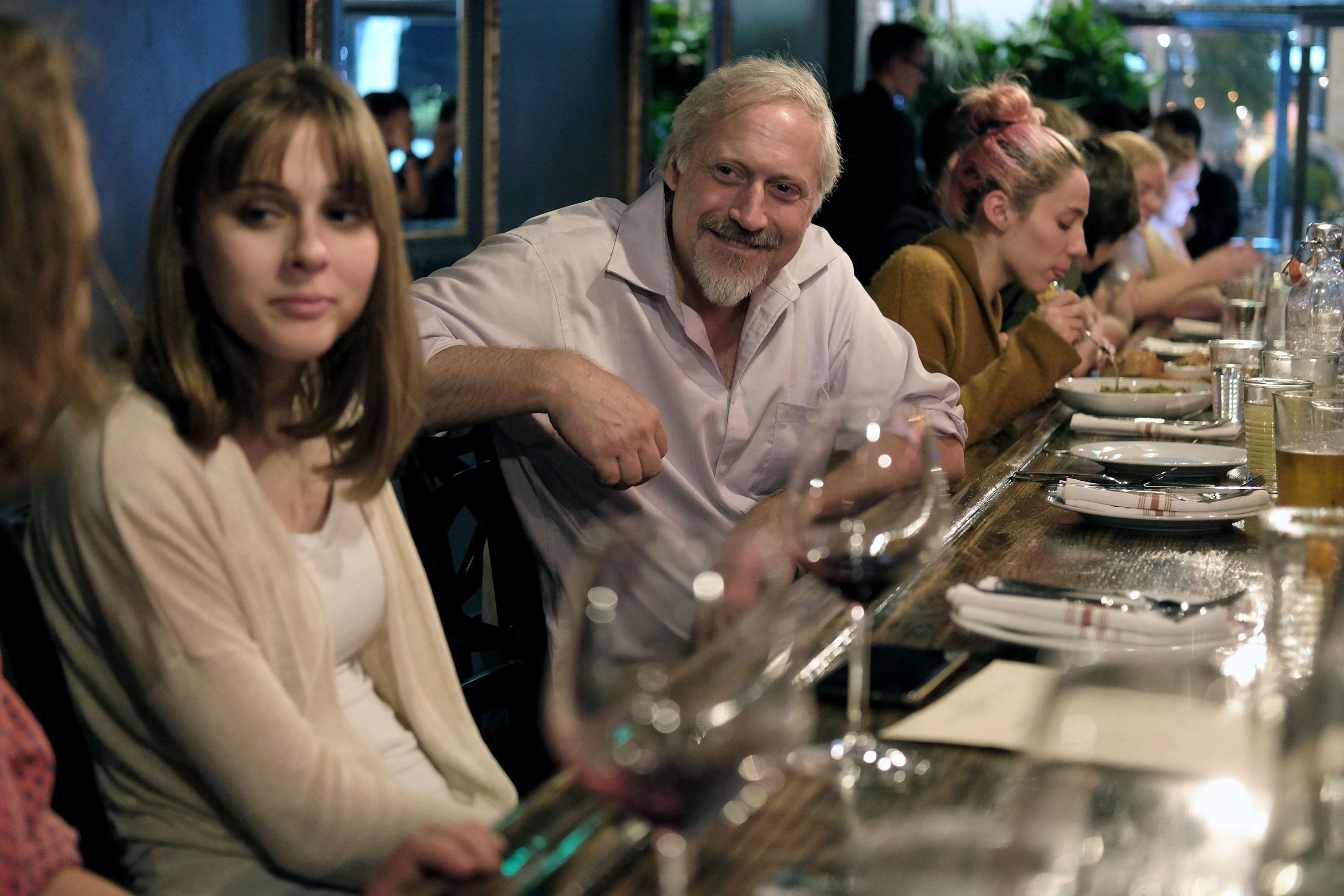 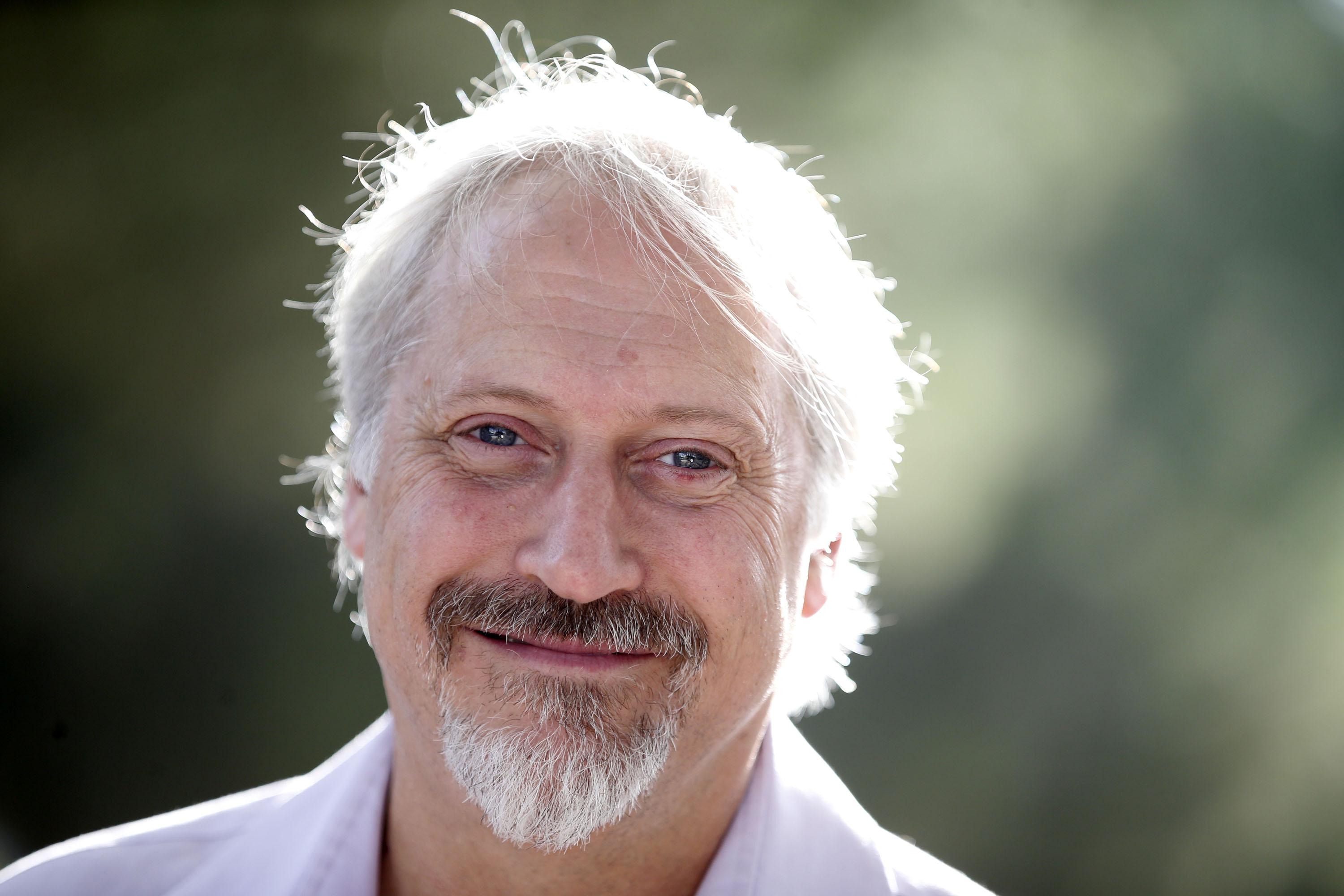 Peter, who donated sperm for about six years – sometimes as often as five times a week -says he tries to let each of his children decide if and how they want to meet – and they also decide what they want to call him.

Some call him “DNA dad”, “donor father”, “lab dad” or just plain old Peter. Others refer to him as father or dad.

Alana, 24, who has a twin sister Bridget, said she was more interested in meeting other siblings – than gaining a new dad – but is glad that she has met Peter.

“We were raised by a mother and a father so we already had that father figure,” she said. 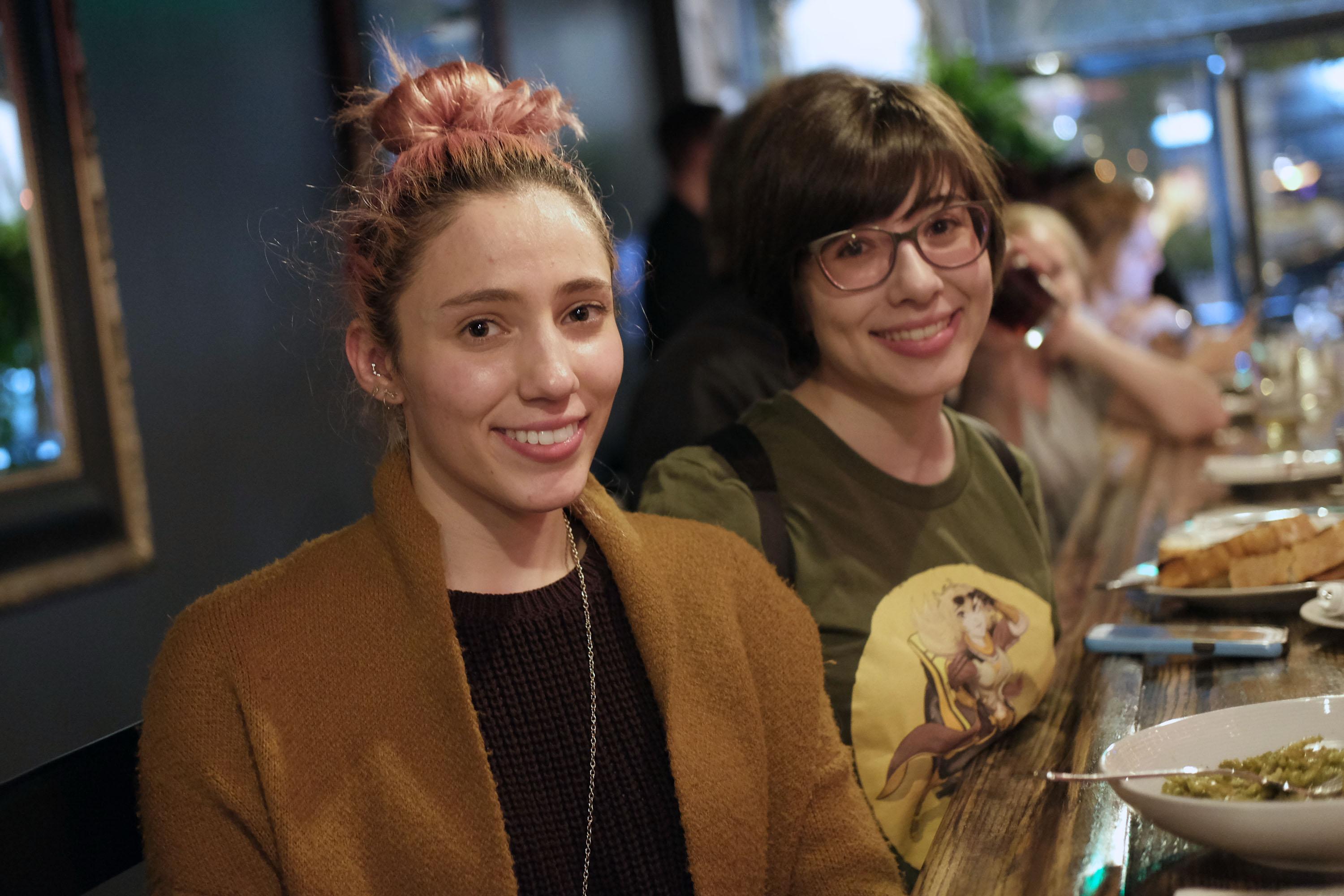 “For us we wanted to know about our other siblings and find out if we had anything in common with them, were there were any similarities? Do we look like each other?

“My mother told me when I was 14 that we had a donor father and I was always curious but it wasn’t until 2016 that we tracked down any siblings.”

And although Alana and Bridget are “super excited” about suddenly acquiring so many siblings – they do think there should be more regulation on how many children can be created from one man’s sperm.

“I think there should be a cap – we are probably going to be hitting 30 soon in the next year – it’s a lot,” she said.

“There’s so many of us that live in California too – what if we fell in love with someone and they turned out to be a sibling? That would be terrible. 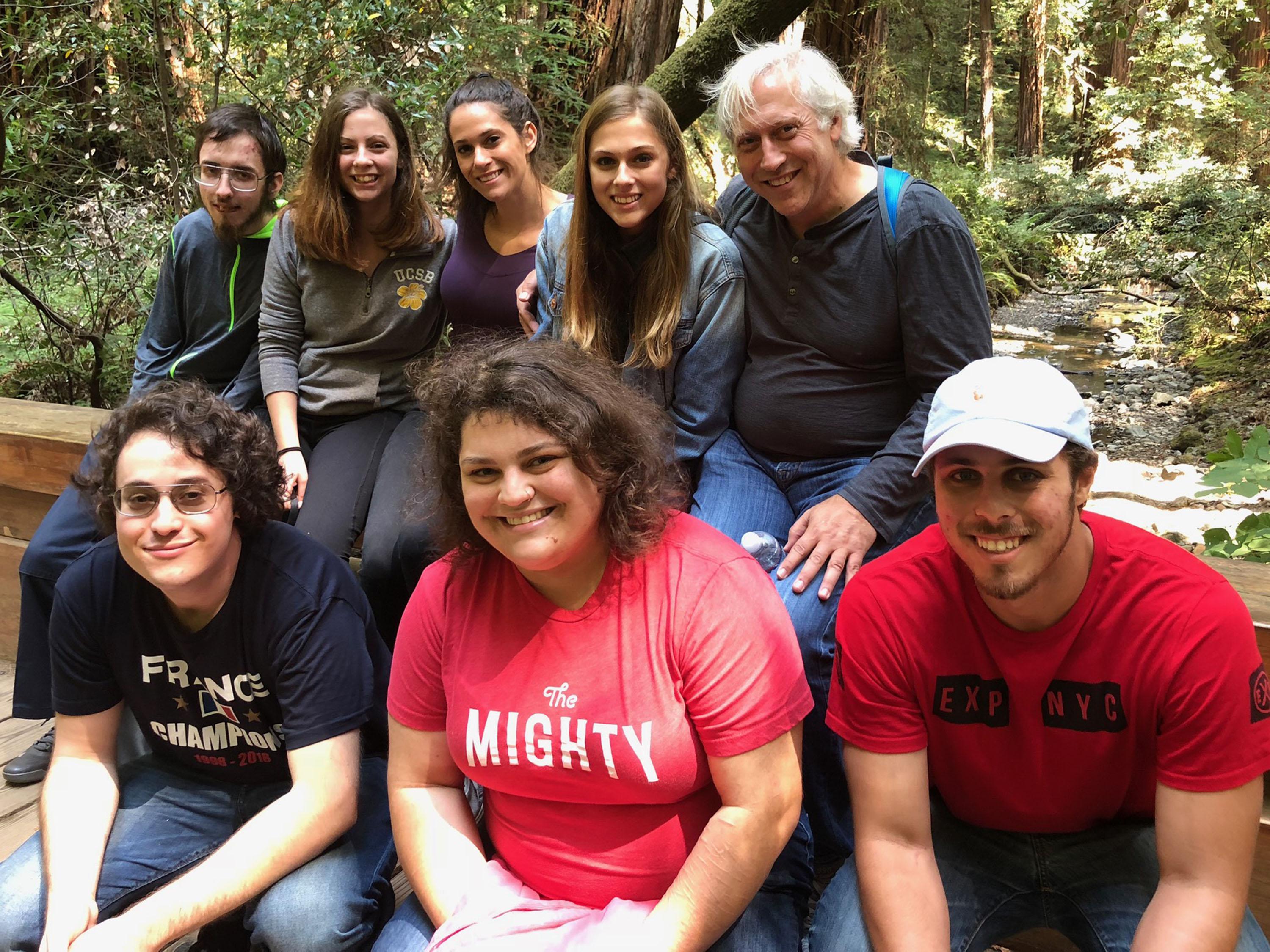 “Some of the siblings have already figured out that they knew each other from before – from being in the same classes – but they didn’t know they had the same donor dad.

“I sometimes wonder when I’m looking at people walking down the street or on the bus – what if that’s my sibling?" 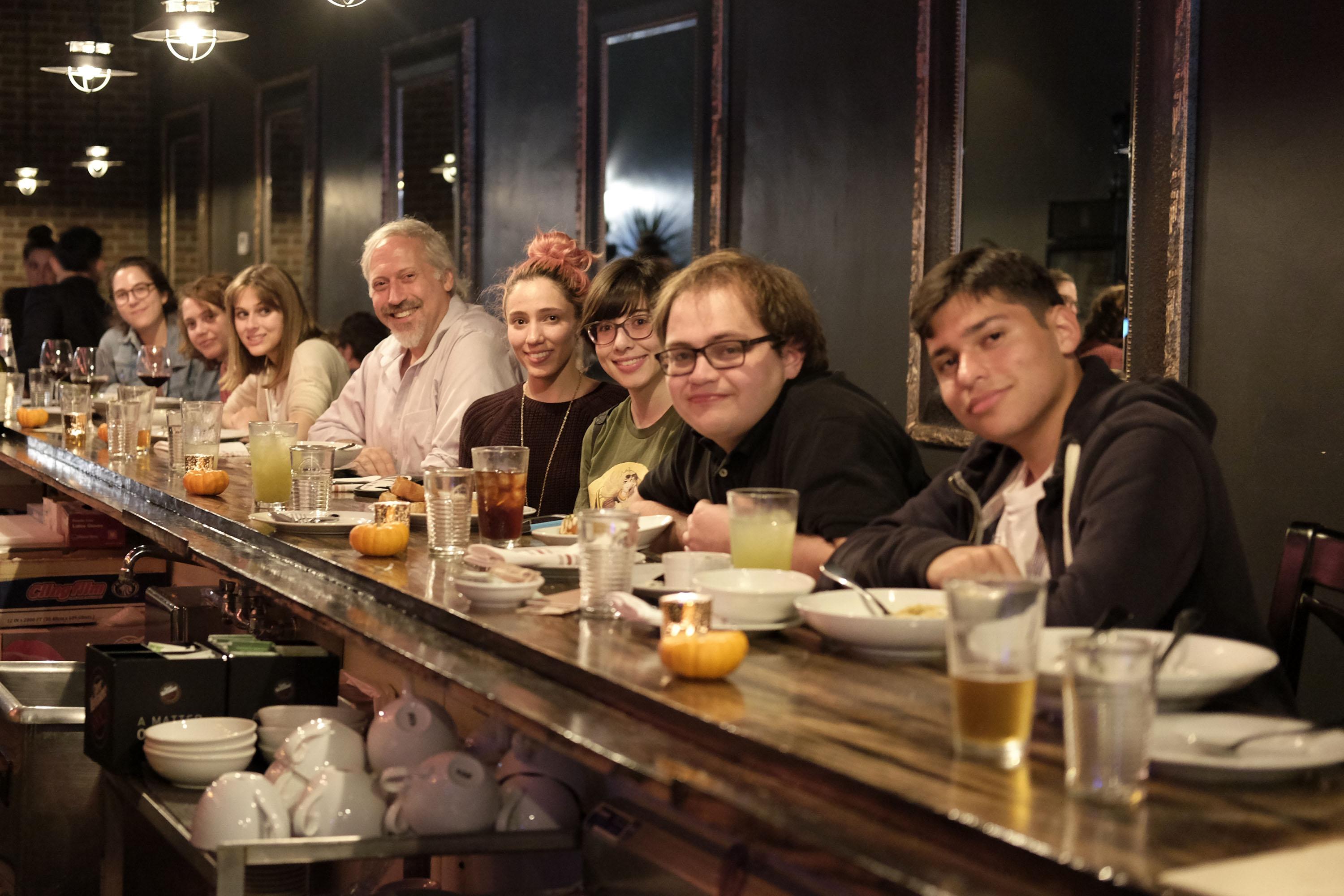 Peter says he says he is careful not to try and replace anybody’s actual parents.

"Most of the real parents have been supportive – some have felt a little concerned but they've soon come around when they've seen the benefits for their kids having so many siblings," he explained.

“I feel like I get to be a part of 24 different adventures.

“I didn't have any children of my own. I had a step daughter with my ex wife but I'd never raised my own kids.

“And when I first saw Rachel, part of my brain and a part of my heart opened up that I didn't know that I had before. And I can't really explain what it is. 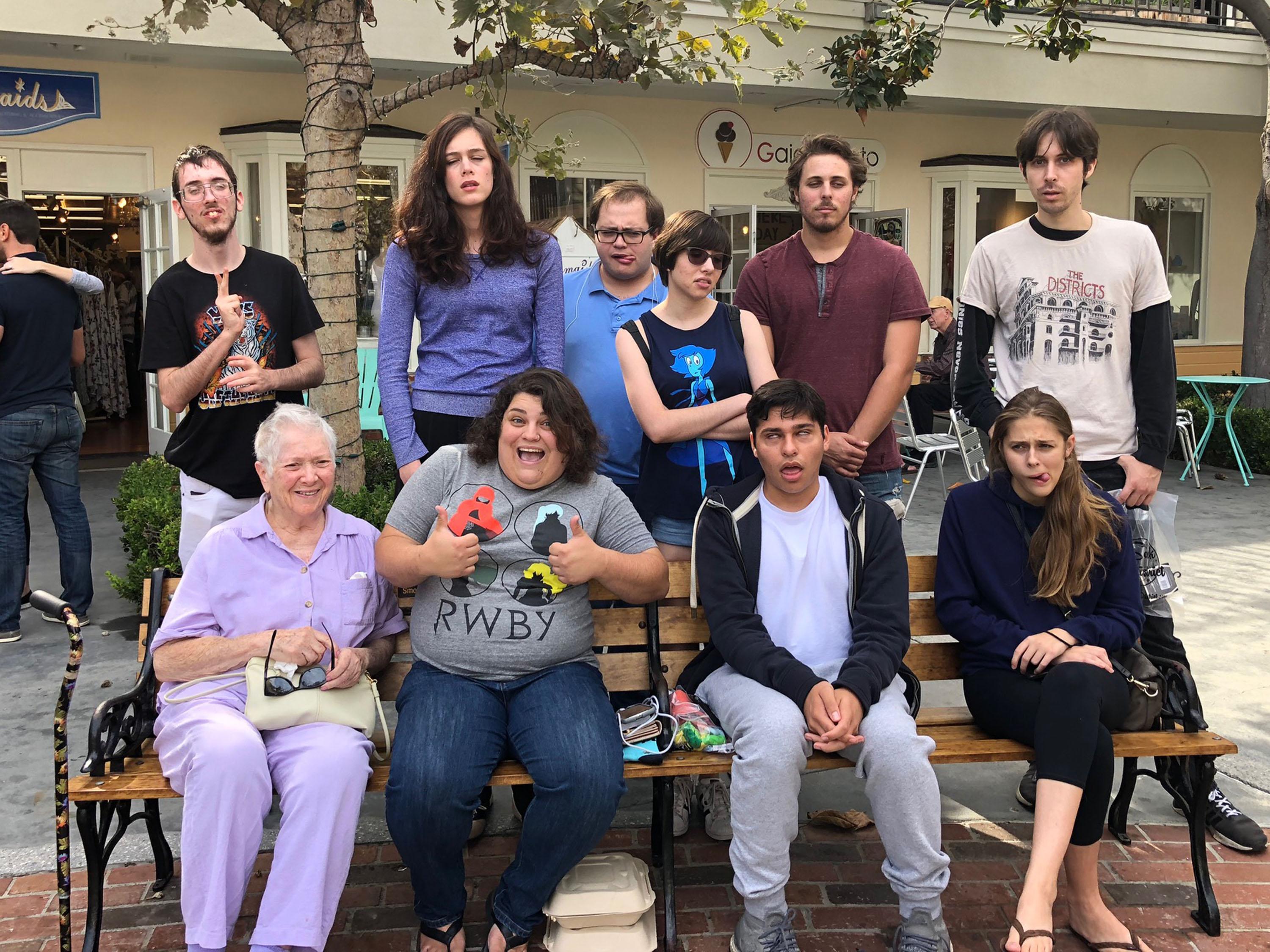 “It was a mixture of sort of a sense of longevity, of purpose, wonder. I'm really just feeling things that I'd never experienced before.”

Recently, three of Peter's daughters moved in together in LA.

"I've been to their house a couple of times just to hang out," he said.

And Peter is also preparing to travel to Europe with one of his children – with their itinerary including trips to Rome, Florence,  the Amalfi Coast and Paris.

But while he considers his newfound children the "best thing that's ever happened to me", he admits if he'd known at the time he wouldn't remain anonymous, he probably wouldn't have donated his sperm. 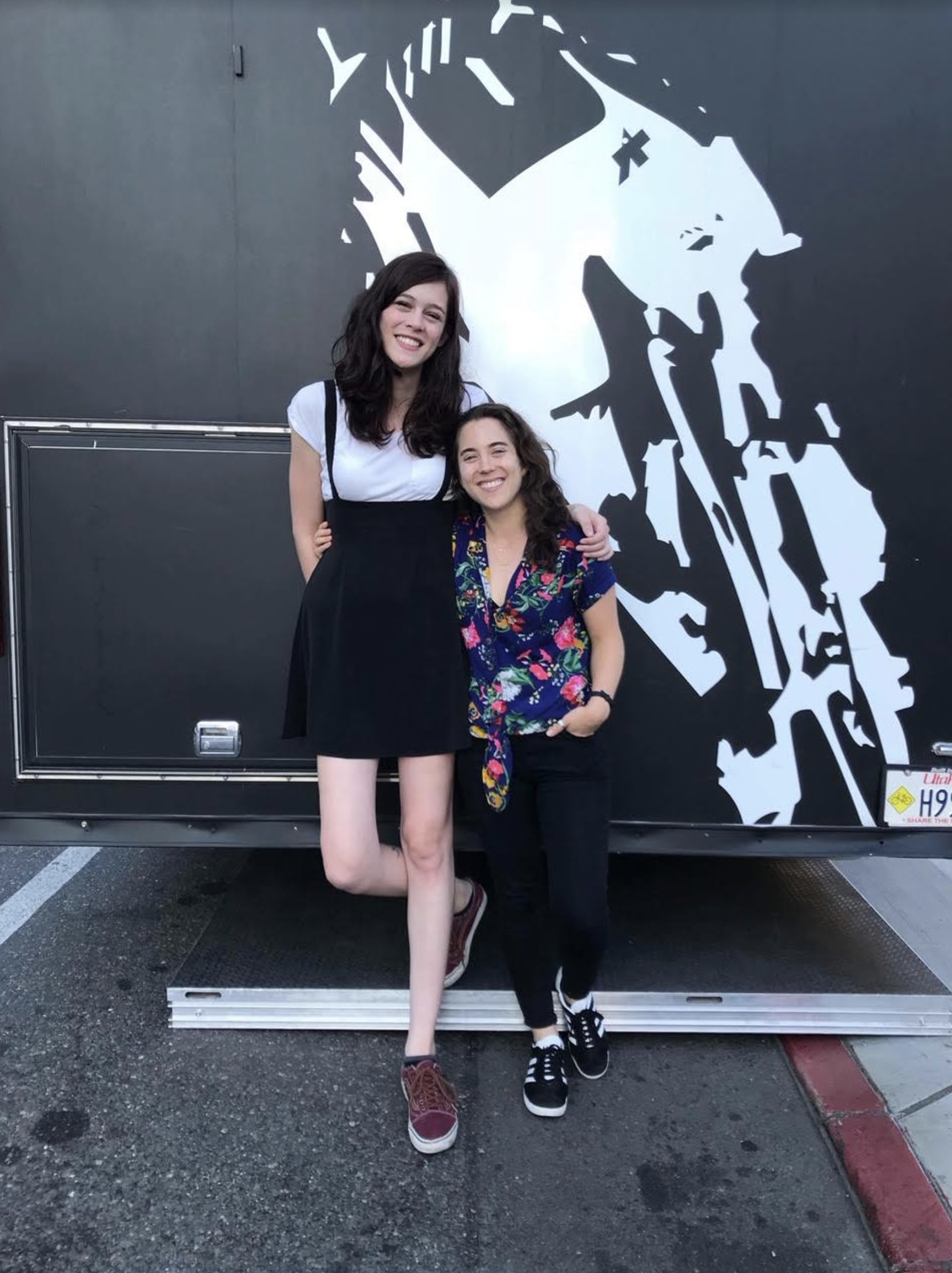 "I don't know whether I'd have donated knowing this might happen – but I'm glad that it's happened," he said.

Peter and his donor kids are now eagerly waiting to see if even more of his children come forward.

And it's clear that if they do, they will be welcomed into the unique donor family with open arms.