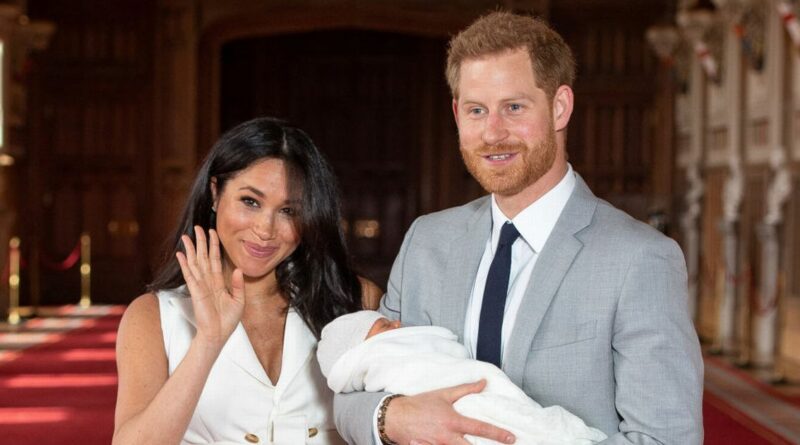 Meghan Markle and Prince Harry are "bucking the system" of royal protocol by insisting on not releasing images of their children, according to a PR expert.

Public relations guru Kinsey Schofield said the Duchess of Sussex could "enhance her reputation" if she was seen as a mother.

Ms Schofield told the Express: “I think it would enhance Meghan's reputation tremendously for fans to see her engaging as a mum with her children.

“With royal watchers labelling her cold and calculated, she needs to show the world that maternal and affectionate side of herself.”

Kinsey explained the Duke and Duchess of Cambridge have become model figures within the royal family – and are crucial to "keeping the monarchy alive".

She continued: "I think the trendsetters are the Cambridges that give us just enough access while demanding that their children's safety be first priority from all parties."

The founder of LA-based royal site ToDiForDaily said: “Most photos released have actually been taken by the Duchess of Cambridge, William with several of the children will pop up and surprise guests at carefully managed events.

“We get cute photos and stories of them eating as a family outside of a pub.

"We will continue to see the relevant royal babies grow up.

“It's the key to keeping the monarchy alive.”

Yet Prince Harry and Meghan Markle will have to change tack if they want to stay in the hearts of people around the world.

Their decision not to release any images of baby Lilibet since her birth on June 4, 2021 says a lot about the Sussexes' approach.

For more stories from the Daily Star, make sure you sign up to one of our newsletters here

Kinsey added: “Meghan Markle and Prince Harry have technically chosen to step back from royal life, except in fancy titles.

“Which seems to be required to attract paid opportunities.

"Besides, they have been bucking the system since the get-go. We've come to expect it from them.”