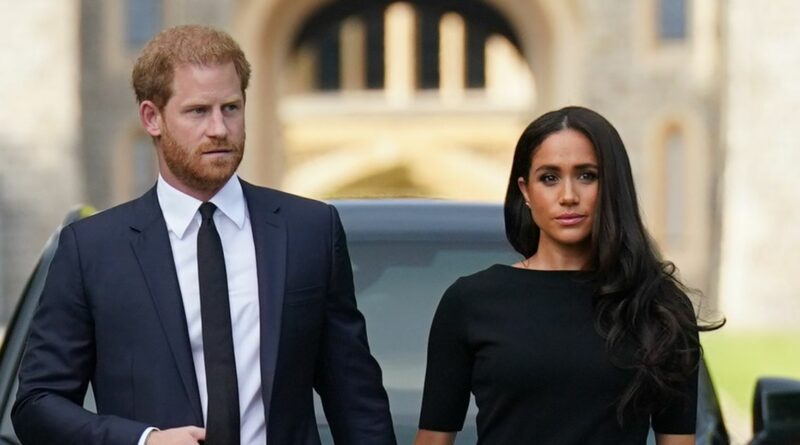 Harry and Meghan need to stop "exaggerating" their claims or "people will stop believing them", experts have said.

Speaking on an episode of Royally Us, hosts Christina Garibaldi and Christine Ross slammed claims made recently by the Duke and Duchess – particularly those in Meghan Markle's interview with The Cut – and said they ran the risk of having their so-called "flashy and splashy" run away with them.

Garibaldi said: "I don't know if she's exaggerating the truth a little bit to make it sound more flashy and splashy, but you got to really be careful.

"People are going to fact-check every single thing."

She then added that the former Suits actress' claims "don't look good" and that "people are going to stop believing what you're saying because you keep, kind of, tripping up on yourself".

She then recalled a time when Meghan had claimed that she had married Prince Harry before their big day on May 19, 2018.

She said: "It even goes back to her CBS interview when she said that they got married before they did. [Even] the priest came forward saying no, that wasn't true."

Ross also suggested that Meghan should have sought professional PR advice before she made claims about alleged racist comments directed at her children in the now-infamous interview.

"This is just another example where if Meghan was taking advice from someone who ran her PR campaign [these claims may not have been released]," they said.

"That's why big celebrities have, you know, PR companies and assistants, and things like that, running their team to make sure that these blunders don't happen."

Harry and Meghan have long been in the firing line over claims they've made about their time as working royals, having first caused a stir when they sat down with Oprah Winfrey for their inaugural tell-all interview at the start of 2021.

Recently, Harry's promised memoir that was set to come out this winter has caused tension in the palace as the details of the book remain under wraps.

And in another soon-to-be-released royal book The New Royals, author and journalist Katie Nicholl claimed tensions were still high between the Sussexes and the rest of the Firm despite attempts to repair relationships.

Nicholl said an unnamed inside source had learned that the Sussexes met with the newly-appointed King Charles and Queen Camilla earlier this year in a bid to mend their tense relationship, according to an unnamed family friend of the Firm.

However, the meeting was reportedly fruitless, with allegations that Harry and Meghan Markle showed up to the meeting late and suggested a family mediator to ease tensions.

An extract published in Vanity Fair revealed: "Harry actually suggested that they use a mediator to try and sort things out, which had Charles somewhat bemused and Camilla spluttering into her tea."

The book also claimed that Harry's brother Prince William and Kate Middleton were "relieved" when they found out Harry and Meghan would be moving to the US.

The now Prince and Princess of Wales reportedly believed the "drama was gone" after the Sussexes announced they would be relocating to start a new life in 2020.