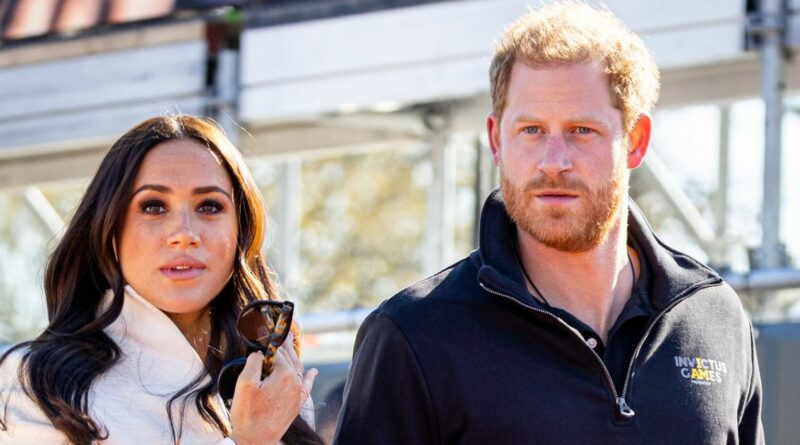 Controversial Royal couple Prince Harry and Meghan Markle have been warned that their children are now “valuable prey” in the United States by a fiery critic of the couple.

The Duke and Duchess of Sussex have not exactly kept a low profile seen vacating the UK a few years ago, and ditching their working Royal positions.

And they were recently booed on their return to the country for parts of the Queen's Platinum Jubilee celebrations last month.

But it was during the recent July 4 celebrations where the family were papped while out enjoying themselves.

And critic Daniela Elser has called this a “significant” moment for the never-snapped-by-the-public Royal couple.

She said, writing for news.com.au : “Very occasionally, paparazzi images of the kids emerge such as when the family was surreptitiously photographed arriving at Heathrow’s A+++ list entrance last October for a holiday, likely to Jordan.

“But while the troika are heavily protected by both security and two parents’ intent on shielding them as much as possible they are not housebound nor kept squirrelled away permanently behind six-foot walls.

“For the last five years these kids have been raised in the very centre of London (and less than one kilometre away from the head offices of the Daily Mail) and yet they are by and large left totally alone to get on with the business of growing up.

“Harry and Meghan might not be enjoying Beyonce-levels of popularity (the most recent polling shows that less than half of Americans view them favourably) but there is no end to the fascination with the nation’s very own branch of the royal family.

“The whole family is, in short, valuable prey for anyone who might come across the family out and about.”

The Daily Star has reached out to Meghan and Harry's team for comments on the matter.