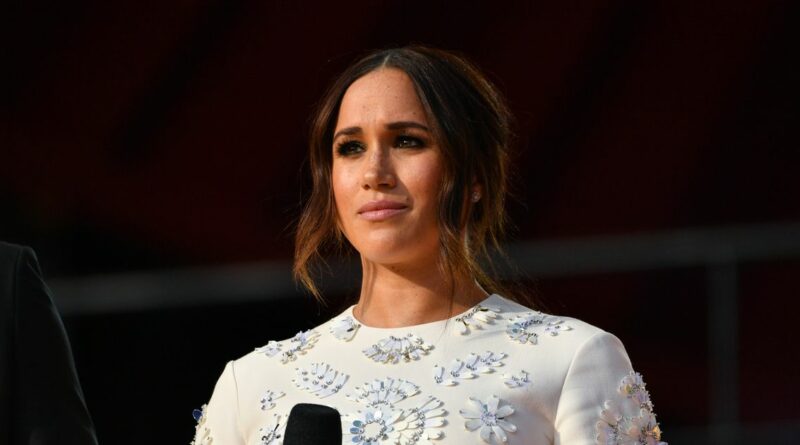 Meghan Markle is set to show her "steelier, more resilient" side without the "restriction" of royal association, a royal expert said.

The Duchess left the UK alongside husband Prince Harry in 2020 after stepping back as senior royals.

They have since signed several big-money deals with the likes of Netflix and Spotify on their quest to becoming financially independent.

And body language expert Judi James has said the Sussexes' cover shoot for TIME magazine as well as their recent trip to New York City is indicative of Meghan's new ambitions.

She said: “New York Meghan and TIME mag cover’s Meghan reveal a woman with a much more steely look in both her eye expression and her body posing and movement."

And that's only a sign of things to come, the royal commentator explains.

Ms James added: “She is also seen looking more independently powerful and much more like a leader.

“Now she has the profile but without the restrictions we can see the much steelier version of Meghan, who looks determined to change the world for the better and sooner rather than later.” The striking comments come one week after the Sussexes' four-day New York visit.

Harry and Meghan met with New York City mayor Bill de Blasio and the UN's deputy secretary-general, among other senior politicians and diplomats.

One fan of hers tweeted the Duchess now seemed a new, improved version of herself, according to The Express.

They wrote: “There’s something about #MeghanMarkle’s photos lately…

“You can tell she is still a good-hearted person.

"But there’s now a steely determination in her eyes that wasn’t there before all the haters tried to destroy her.

“I like this Meghan, but wish she never went through all that.”