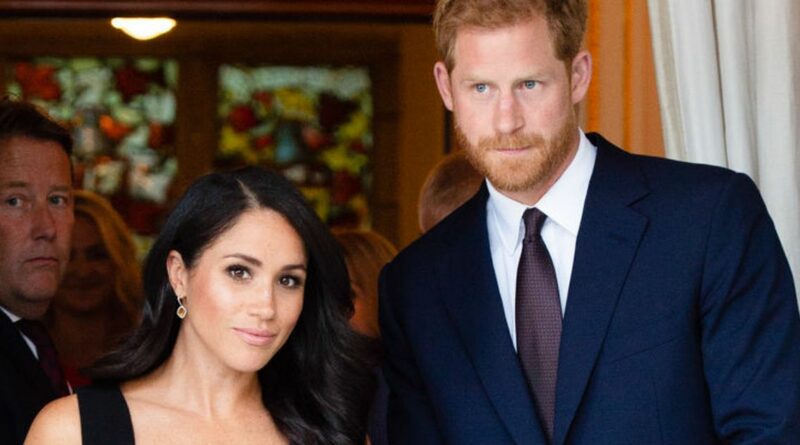 Meghan Markle’s fans have been accused of harassing a renowned chef online after he said he would make the Duchess “pay” for her meal but did not charge the Queen.

Chef and restaurateur Richard Corrigan said he would not roll out the red carpet for Meghan and sparked outrage online with he fans.

Mr Corrigan, owner of Mayfair restaurants Bentley’s and Corrigan’s, told the Mail about the time he provided Her Majesty with a meal for free.

He said: "I cooked for the Queen free of charge, of course. And I’ll cook for anyone, but let me just say, some people will have to pay.

“I’d let her in the restaurant, for sure, but the Queen had the red carpet rolled out. Would Meghan? I don’t think so.”

One Twitter user said: “As if Meghan would want to forgo California cuisine for some British food! I'm not sure if the idea of a “British Chef” isn’t an oxymoron.”

As another commented: “Here is an unprofessional chef, saying the only member of the RF he would not cook for is Harry & Meghan.

"Let that sink in!!!!! WHY? Did they ask for a free meal? Does he feel they can't pay for their meal? I'm sure there are better restaurants for Harry & Meghan to frequent.”

Daily Mail Diary Editor Richard Eden brought up that since his interview with Mr Corrigan that the chef had been accused of “racism”.

The tweeted: “Apparently the celebrated restaurateur Richard Corrigan has had to put up with a weekend of online abuse – and accusations of racism – for daring to say he wouldn't want to cook for the Duchess of Sussex free of charge.

"What is wrong with #PrinceHarry and #Meghan's fans? #royal.”

Some royal fans were seen speaking up for Mr Corrigan after the flurry of online outrage.

One wrote: “Did you consider it might be because of her behaviour? The Chef seems to have a lot of respect for the Queen, someone Harry and Meghan has attacked and disrespected.”

Another user said: “Good man #Royal Chef Richard Corrigan. He would ‘never’ say that without a go ahead nod from the Queen herself.”