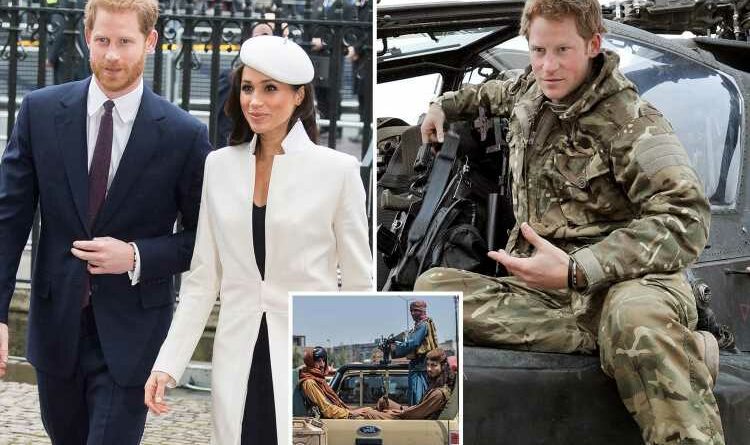 MEGHAN Markle and Prince Harry have been blasted online after saying they feel "layers of pain" amid the unfolding crisis in Afghanistan.

Royal biographer Angela Levin and presenters Piers Morgan and Julia Hartley-Brewer are among those who have hit out at the couple's "attention-seeking word salad". 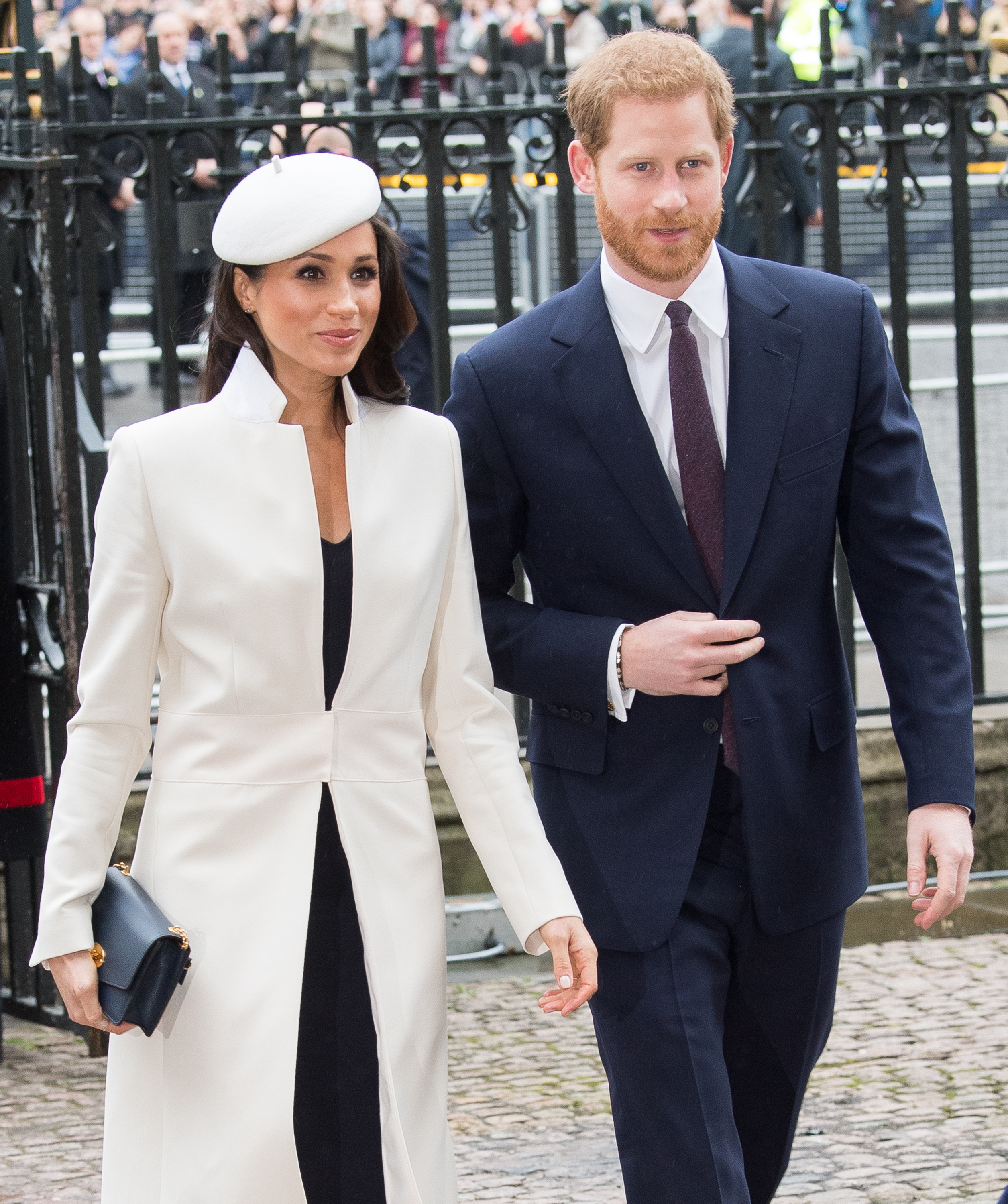 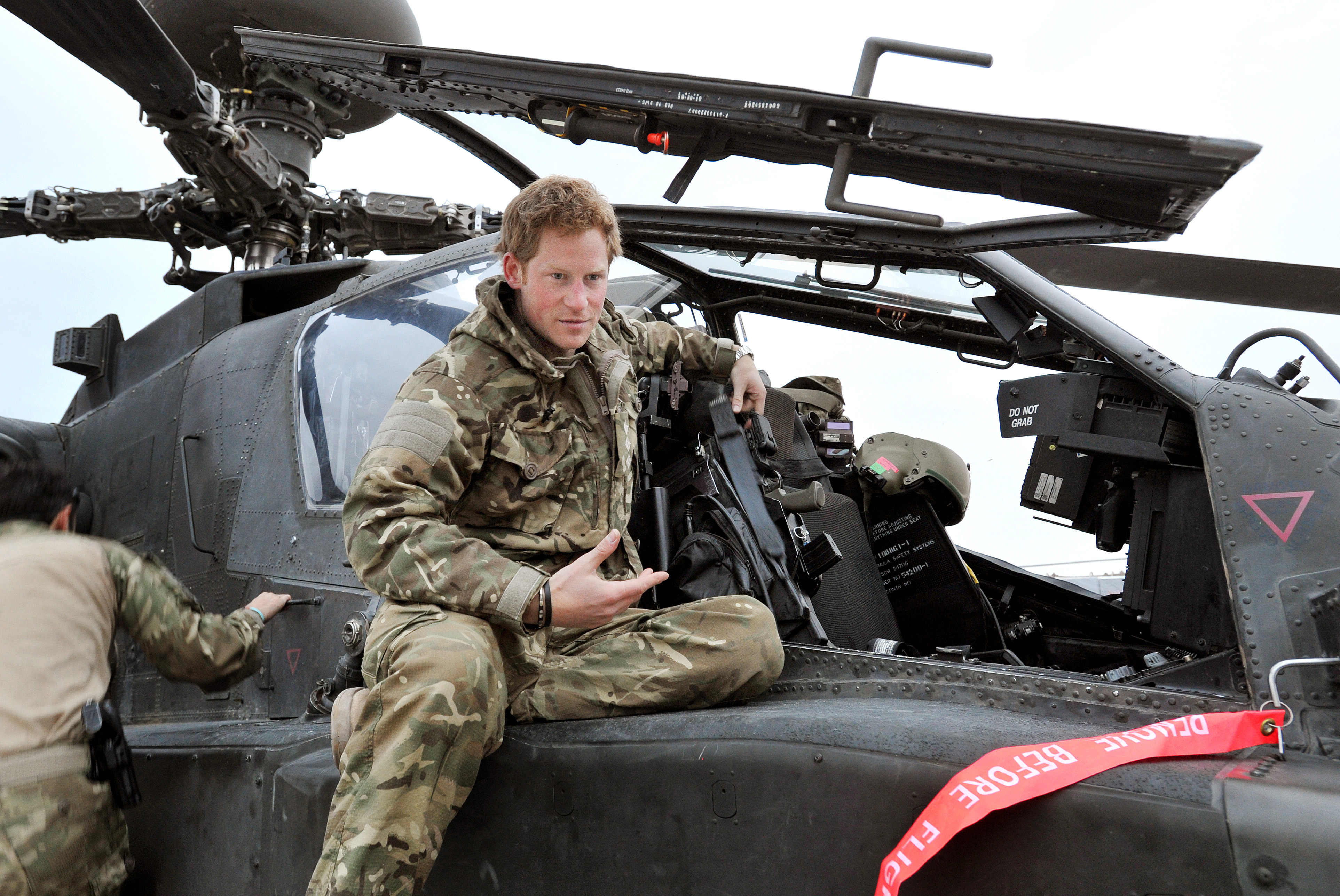 The Sussexes issued a lengthy statement after telling fans they were "speechless" over the horror.

And despite saying they're "heartbroken" at the Taliban's takeover, Joe Biden – who is facing fury from across the world over his decision to withdraw US troops – isn't mentioned by the couple at all.

Instead, they described the world as "exceptionally fragile" and urged everyone to prove their "global humanity".

The couple – using their Duke and Duchess of Sussex titles – said in their statement: "As we all feel the many layers of pain due to the situation in Afghanistan, we are left speechless.

"As we all watch the growing humanitarian disaster in Haiti, and the threat of it worsening after last weekend's earthquake, we are left heartbroken.

"And as we all witness the continuing global health crisis, exacerbated by new variants and constant misinformation, we are left scared.

"When any person or community suffers, a piece of each of us does so with them, whether we realize it or not. And though we are not meant to live in a state of suffering, we, as a people, are being conditioned to accept it.

"It's easy to find ourselves feeling powerless, but we can put our values into action – together."

But the wordy statement, which was posted on their Archewell website, has already attracted the ire of many.

Ms Levin, who wrote a biography on Harry, told Sun Online: "Who do they think they are?"

"It's as if we are all small children and now they are going to look after us," she said.

And she claimed the couple are simply "posturing" rather than offering a way forward.

"It’s so grandiose and patronising," she said.

"This is another example of them telling us what to do – we mustn’t fly, we mustn’t have more than two children, we must be compassionate to those we know and those we don’t know – and they’re the least compassionate people you can imagine.

NO MENTION OF 'SHAMEFUL' BIDEN

"It’s all about telling other people and the hypocrisy is enormous."

Meanwhile, responding to a tweet that read: “Prince Harry and Meghan Markle break silence on Afghanistan to say they are 'speechless'”, Piers Morgan quipped: "If only they were."

TalkRADIO presenter Julia Hartley-Brewer said: "Thank god 'speechless' Harry and Meghan have spoken on the terrible state of the world, so now we all know what we are supposed to feel, say and do.

"We’d never have known if it weren’t for them being so… y’know… speechless."

One Twitter user dismissed the statement as "yet more word salad and bandwagon jumping".

Another said: "They’re never speechless, are they? What we saw is just Harry and Meghan focusing on the hottest topics of the moment with lots of word salad, but without any big action to help."

And a third hit out: "Pompous, sanctimonious and egocentric.

"It just beggars belief. I'm embarrassed for them."

The couple didn't include any reference to Mr Biden in their statement. The pair suggested Americans vote for him ahead of last year's US election, while the Duke of Sussex is also a close friend of First Lady Jill.

The president returned early from Camp David to give a speech on the disaster yesterday.

But his address was condemned as "one of the most shameful in US history".

Mr Biden declared: “The buck stops with me" – after blaming Donald Trump, as well as the Afghan government, soldiers and people for the “gut-wrenching” scenes.

The president blasted the Afghan army for "giving up" and said it's right to leave – despite the Taliban seizing Kabul just a month after American troops quit the country.

Harry spent 10 years in the Army and went on two tours of duty on the frontline in Afghanistan.

In an earlier statement, he urged service personnel to "reach out" in the wake of the chaos.

"We encourage everybody across the Invictus network – and the wider military community – to reach out to each other and offer support for one another," he said. 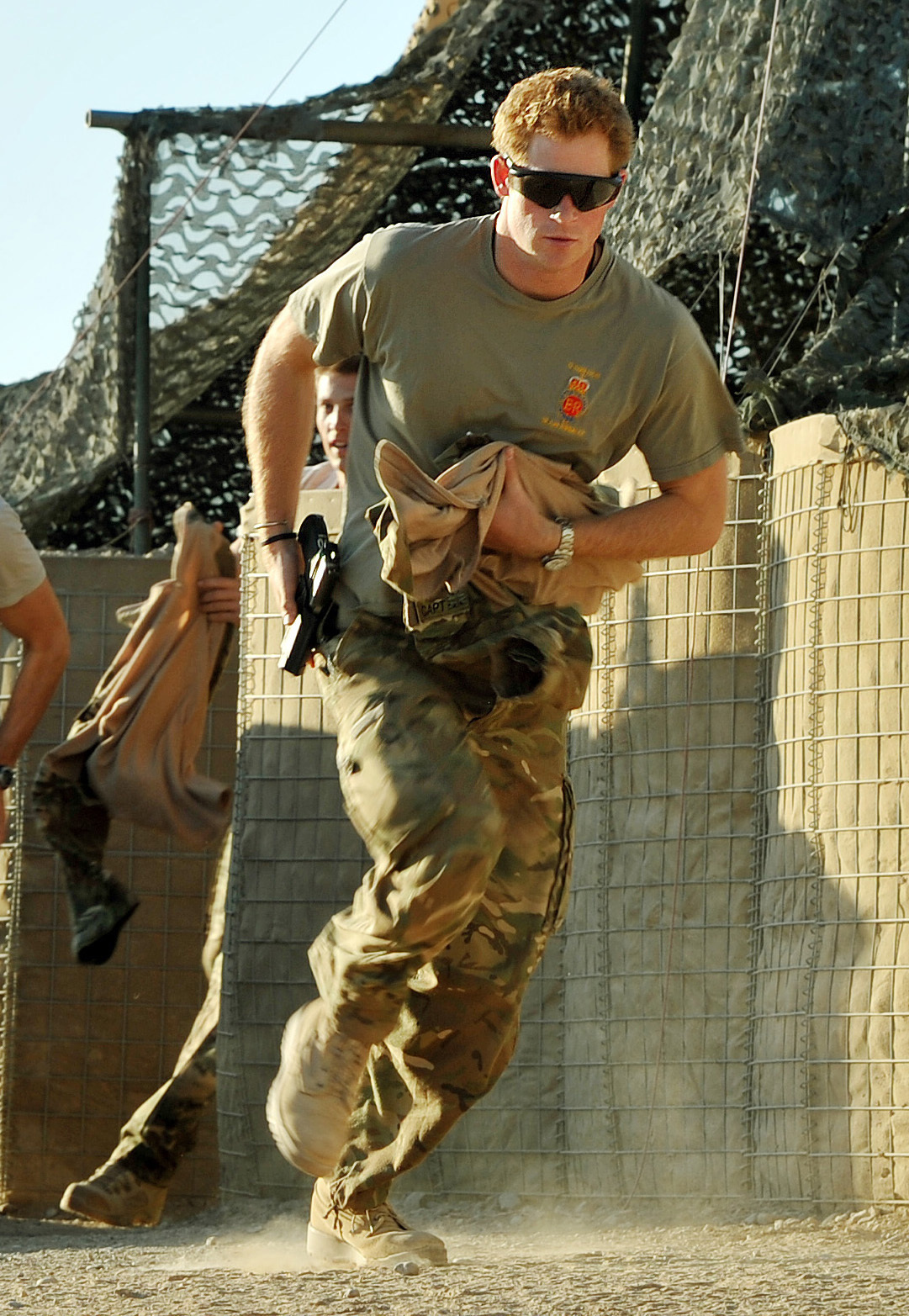 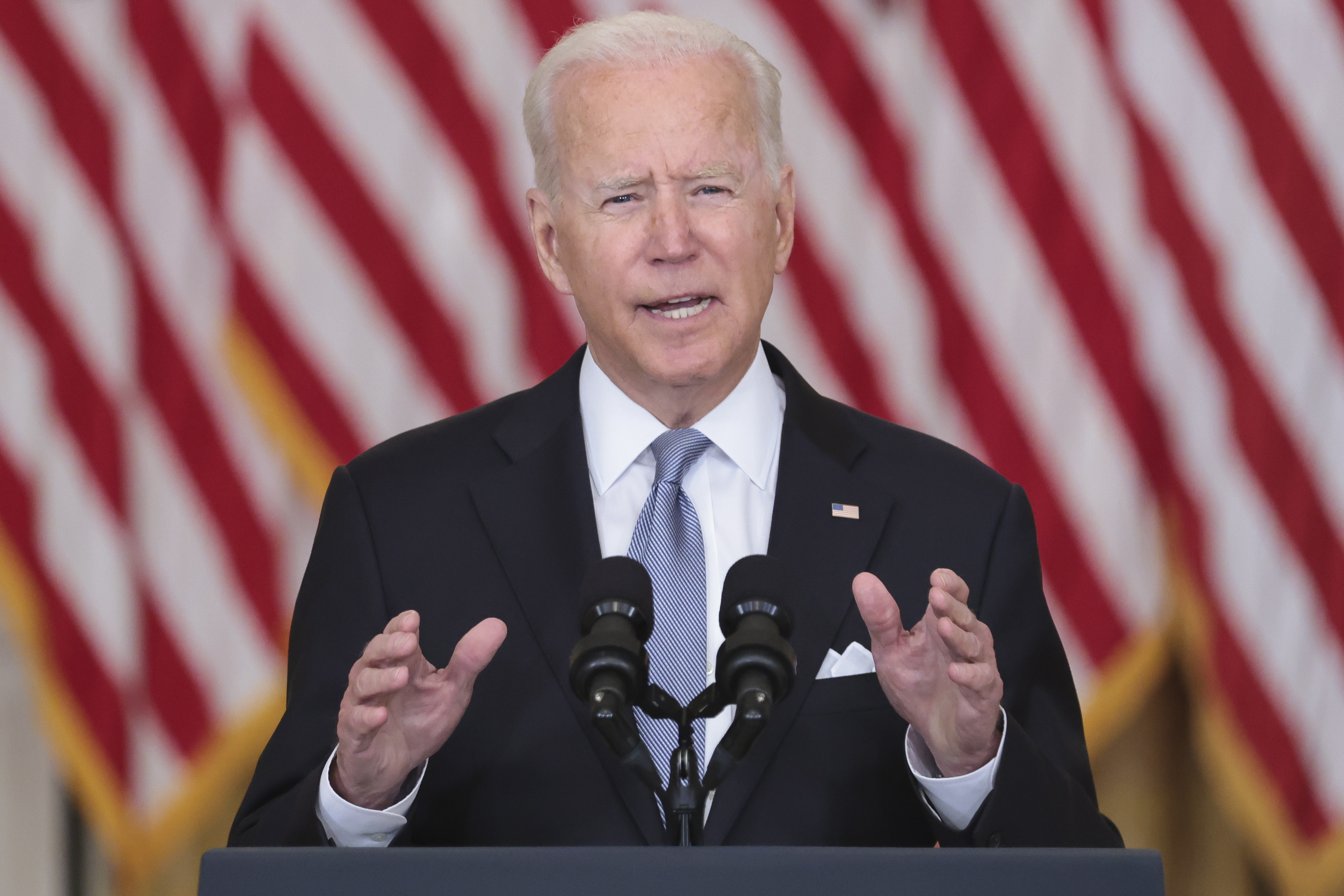 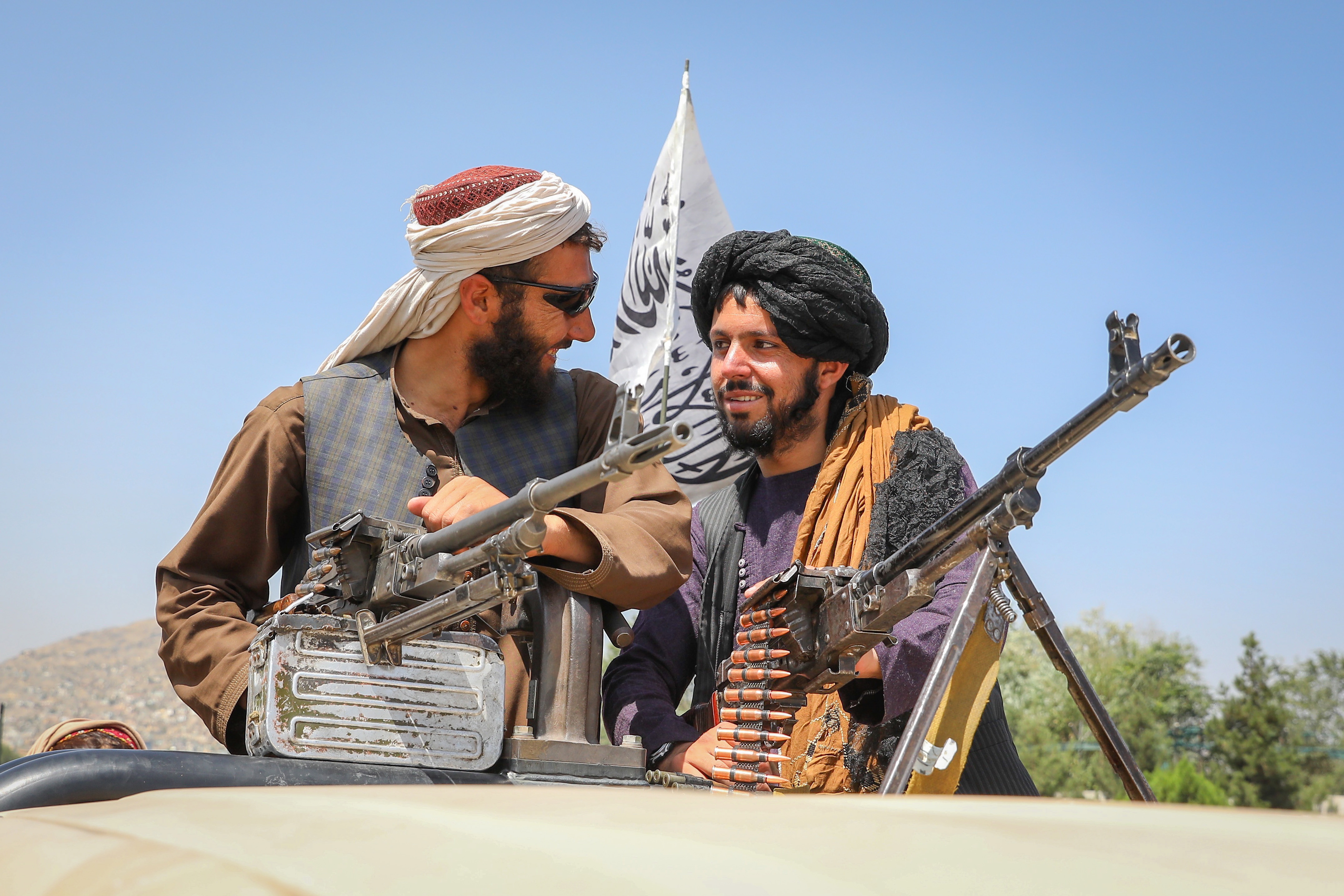