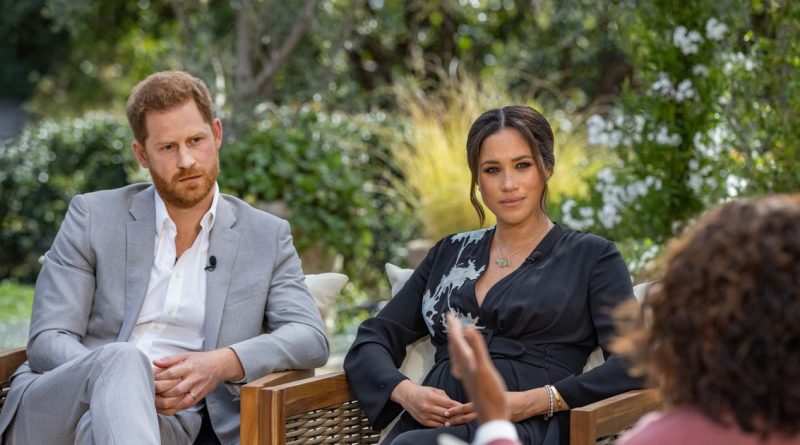 Buckingham Palace sources have played down Prince Harry and Meghan Markle's Oprah Winfrey interview, it has been claimed.

Insiders reportedly claim the furore over the Duke and Duchess of Sussex's impending chat pales in comparison to other concerns.

The duo will talk openly about their experiences since stepping down as senior royals last year.

Insiders reportedly said the two-hour special interview, to be screened on US channel CBS on Sunday and ITV UK time, is a "sideshow", according to the Mail on Sunday.

However they also claimed "this, too, will pass" as subjects got on with the more immediate problems posed by Covid and Prince Philip, who is in hospital after heart surgery.

The source said: "We haven't got a clue what they will say in the interview but there is determination not to play their game. There is a very clear sense right from the top that it's best not to react.

"On Monday most people in Britain will be thinking about schools going back, getting the vaccine and, at the Palace particularly, looking forward to the Duke of Edinburgh coming out of hospital. This is just a sideshow."

"Most of what is said will be lost in the mists of time. History teaches us that only the interviewer wins from these programmes," continued the insider.

Only a few snippets have been released ahead of the interview by CBS, with one showing Meghan calling her experience of Palace life "almost unsurvivable".

In another Harry draws parallels between their experience and his mother Princess Diana, saying he decided to emigrate to the US with Meghan because he feared "history repeating itself".

Meghan was this week accused of bullying Palace staff, but the Duchess vehemently denies this.

A spokesperson for the couple said: "The duchess is saddened by this latest attack on her character, particularly as someone who has been the target of bullying herself and is deeply committed to supporting those who have experienced pain and trauma.

"She is determined to continue her work building compassion around the world and will keep striving to set an example for doing what is right and doing what is good."

They added: "Let's just call this what it is – a calculated smear campaign based on misleading and harmful misinformation. We are disappointed to see this defamatory portrayal of The Duchess of Sussex given credibility by a media outlet. It's no coincidence that distorted several-year-old accusations aimed at undermining The Duchess are being briefed to the British media shortly before she and The Duke are due to speak openly and honestly about their experience of recent years."

The interview airs in the UK on ITV at 9pm on Monday.