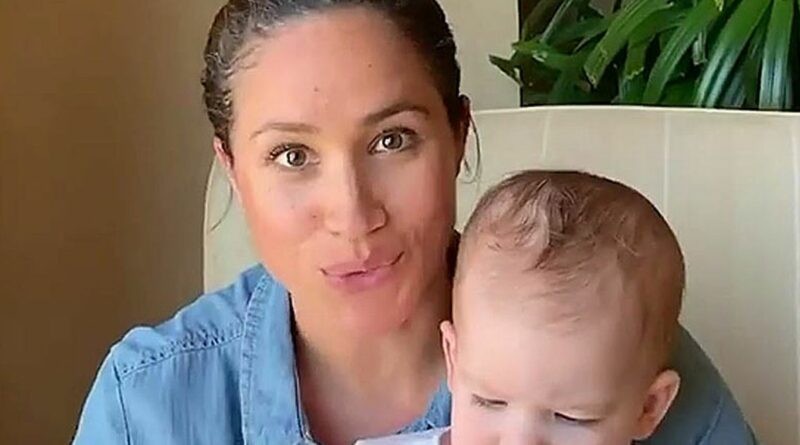 Meghan Markle has received backlash since revealing a fire broke out in Archie's nursery while she was on tour in South Africa.

The Duchess of Sussex shared the frightening moment on her new Spotify podcast and told Serena Williams that she was left "shaken" and in "tears" from the incident.

Archie, who was four months old at the time, was not in the room when the heater began to smoke at the accommodation in Cape Town on September 23, 2019.

Others are believed to recall the ordeal and confirmed there was fumes, however, they couldn't remember an actual fire.

The mum added that she was obliged to carry on with official engagements and accused tour organisers of focusing on "how it looks, instead of how it feels".

The Sussexes were moved to different accommodation, reports Daily Mail.

One source told the Daily Telegraph that an announcement regarding the incident would have overshadowed the parent's work.

But while some people sided with the worried mum, others struggled to empathise with her over the situation.

Following the news, a new hashtag '#VoetsekMeghan' was trending on Twitter and is a known offensive term among South Africans meaning 'go away'.

One person wrote: "South Africa… You're amazing – the #VoetsekMeghan tag is brilliant. She's single handedly offending the world country by country! Shame really when most of her fanbase is in SA…oopsie!"

Another commented: "I don't care about the fire incident but the statement: coming to South Africa was the bravest thing she has done. Speaks volumes.

"As if she was coming to some apocalypse state or something. She should elaborate on what was brave about it, is it because is in Africa? #VoetsekMeghan"

A third said: "So after the supposed fire, Meghan could have taken Archie to their engagements in South Africa. Catherine did it in Australia and New Zealand without issue. Why could she not? You know why? Because then it would no longer be just about her! #VoetsekMeghan"