The Duchess of Sussex broke cover from her $14million palatial hideaway to visit a women’s shelter in Canada’s poorest neighborhood to ‘boost the staff’s spirits’ in her first public appearance since leaving the UK.

Meghan was seen leaving the Vancouver Island ocean-side mansion where she has been holed up for the past week at 10am on Tuesday.

She then made her way to Victoria Harbour Airport around 20 minutes later, where she appeared happy and relaxed before boarding a sea plane.

Meghan then made a surprise visit to the Downtown Eastside Women’s Center in Vancouver to ‘offer support’ and to ‘boost the staff’s spirits’.

A staff member told DailyMail.com they only became aware of the visit when Meghan arrived and that she spent time meeting with managers.

The Duchess is understood to have visited the center’s shelter as well as its drop-in center. It provides counselling, hot meals, and basic needs for women and children in need.

‘She asked what the women would need in terms of support. It was a nice meeting,’ the staff member said.

It’s not clear whether the Duchess is planning a long-running association with the center. 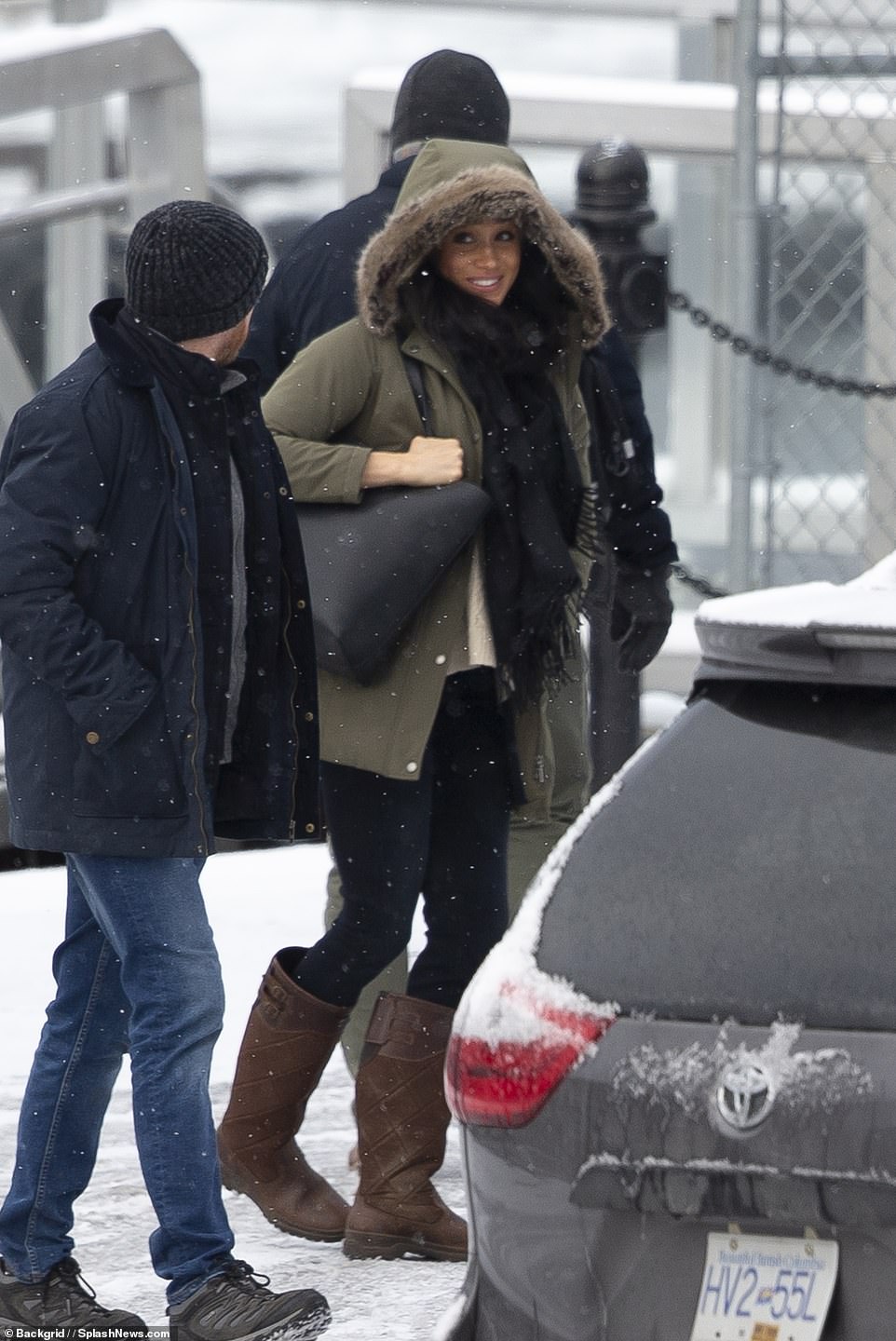 Meghan was seen boarding a plane from Vancouver Island early on Tuesday. It’s the first time she’s been seen in public since leaving the UK 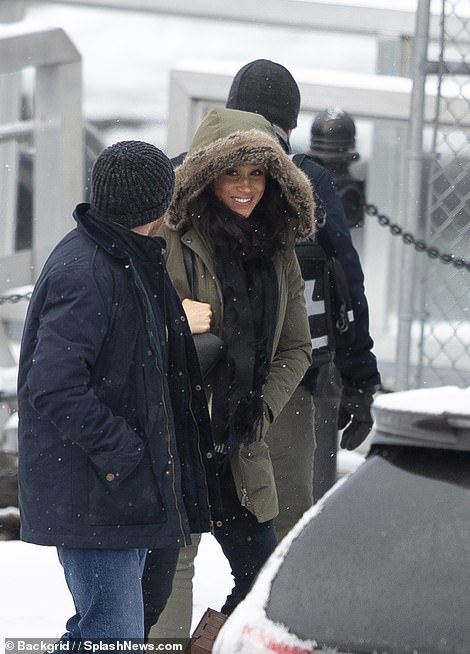 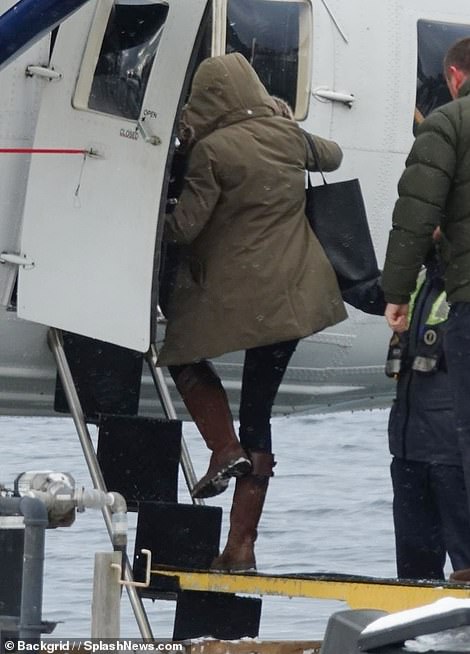 The Duchess pulled a fur-lined hood over her head and wore knee-high brown boots as she boarded a small seaplane to head to the mainland. She was accompanied by members of her security detail and did not appear to take luggage

The women’s shelter is situated in one of the poorest neighborhoods in Canada on Vancouver’s Eastside,. The neighborhood is the epicenter of the country’s drug overdose crisis that has claimed more that 13,000 lives since January 2016.

According to local publication, straight.com, the Duchess popped by to ‘boost the staff’s spirits’.

The center provides counselling, hot meal, and basic needs for women and children in need. 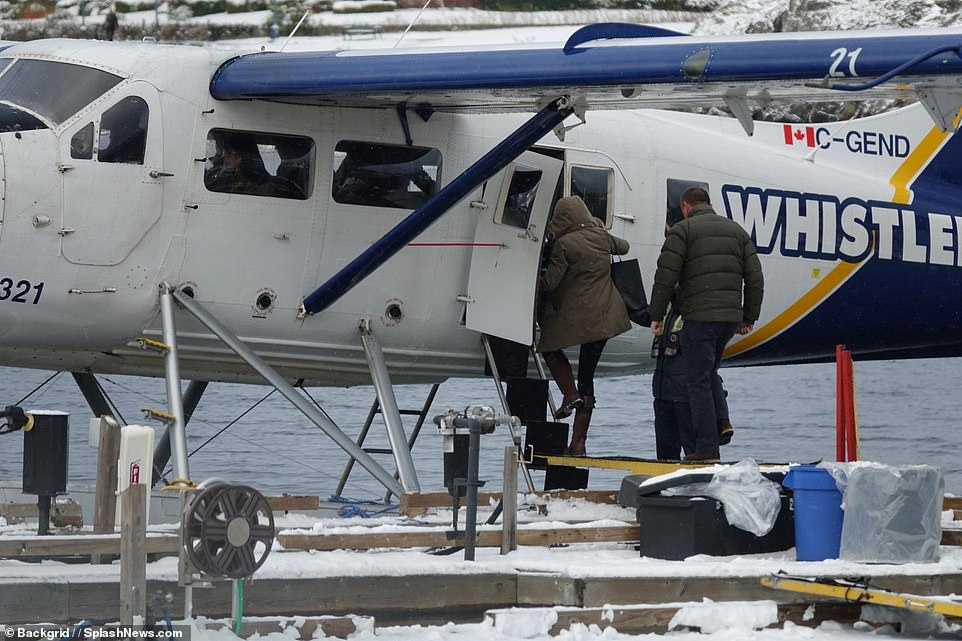 Meghan jetted back to Canada after just three days in the UK to reunite with Archie, who she left in the care of a nanny and best friend Jessica Mulroney 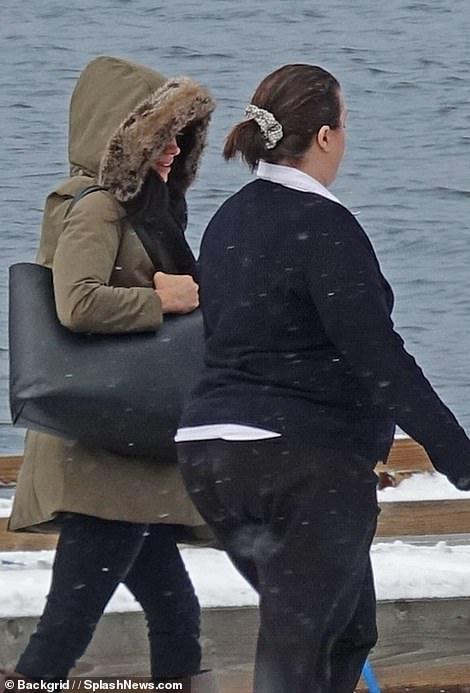 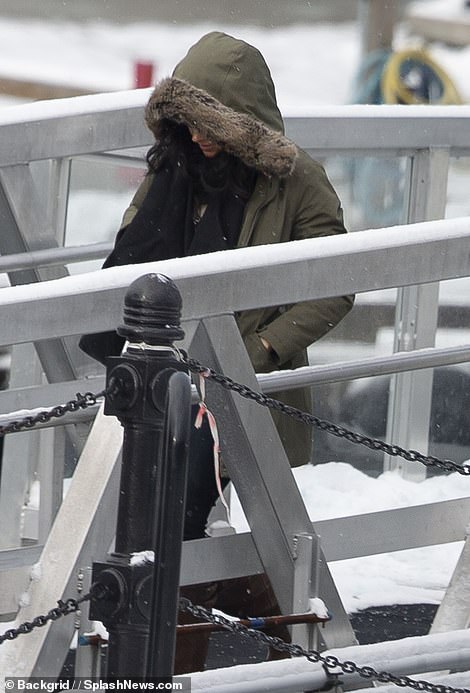 It is the first time Meghan has been positively spotted since she flew back to British Columbia last week, although there have been unconfirmed reports of her driving into the nearby town of Sidney by the Sea and going to Victoria International Airport

Meghan has been holed up in Mille Fleurs since Friday after leaving husband Prince Harry in Britain to work out the terms for the couple quitting as senior members of the Royal Family.

She was expected to phone into discussions between Harry, the Queen, Prince Charles and Prince William on Monday but in the end left it all to her husband to finalize the details.

Harry is due to fly back to Canada — where the couple stayed for six weeks in December and the New Year — later this week when the couple will start out on their new life. His last royal duty will be to appear at the draw for the Rugby League World Cup at Buckingham Palace on Thursday.

The Duchess of Sussex today denied she was barred from ‘dialing in’ to the landmark Sandringham summit from Canada as senior royals discussed her stepping down from the Royal Family with Prince Harry. 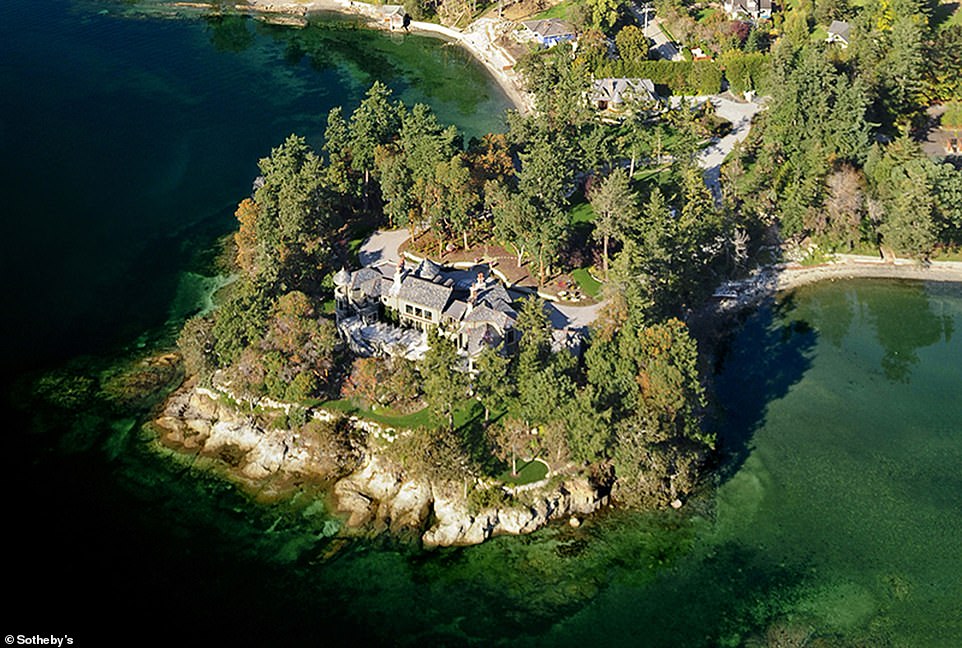 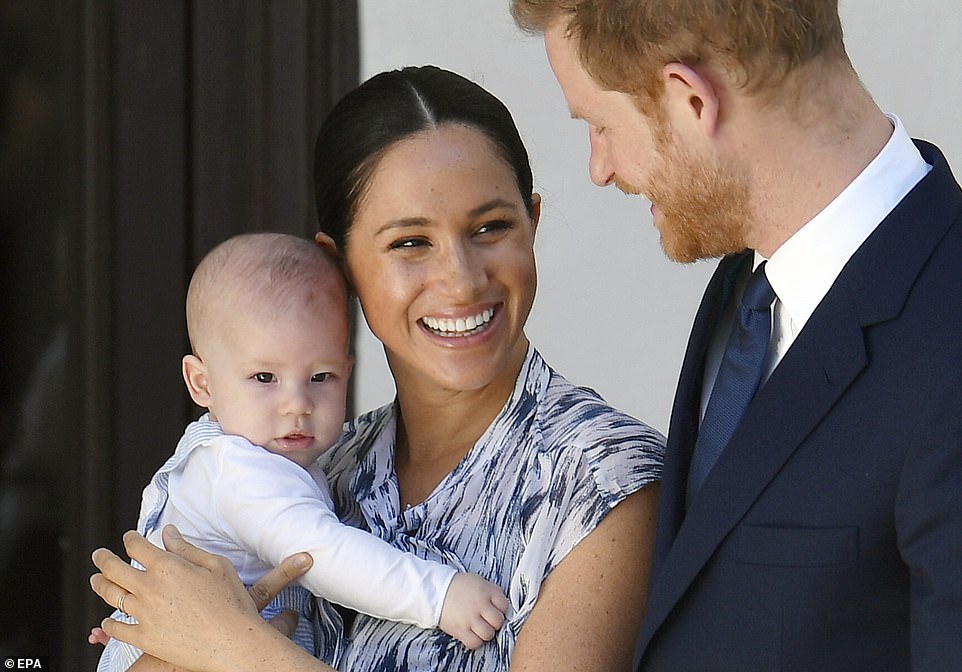 The couple, who spent the holidays on Vancouver Island with Prince Archie, have been permitted by the Queen to split their time between the UK and Canada 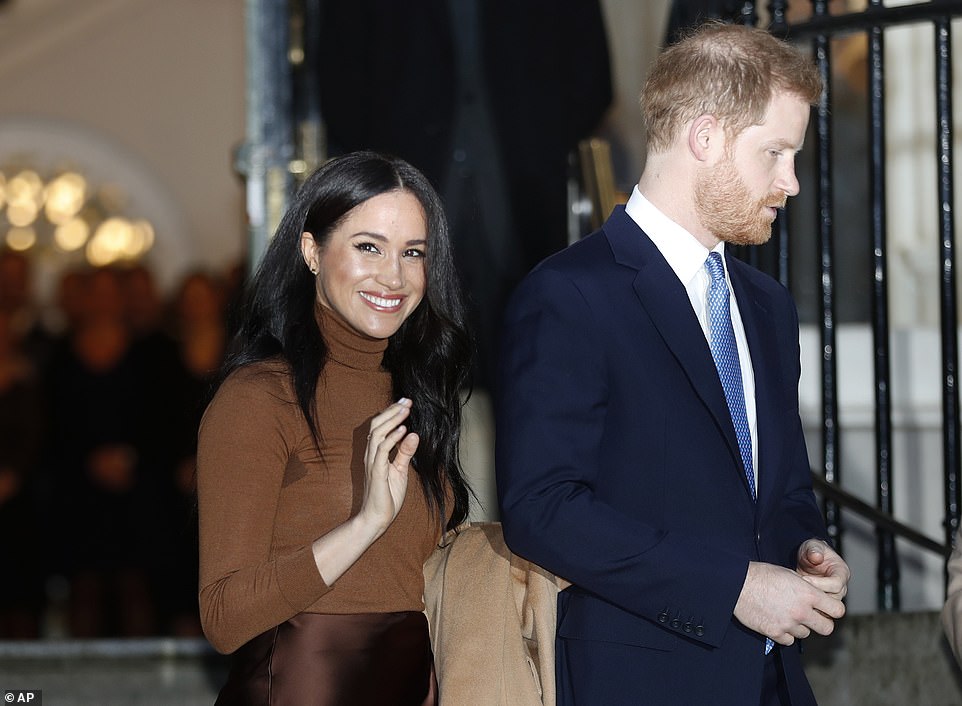 The couple’s Kensington Palace spokesman insisted Meghan was not shut out of the discussion and just left it to her husband, saying: ‘In the end, the Sussexes decided that it wasn’t necessary for the Duchess to join’.

It comes as the Sussex team continues to negotiate an abdication deal on money, titles and establishing their international commercial brand.

Meanwhile it was also revealed that the Queen allowed Harry and Meghan to quit as senior Royals following a private heart-to-heart with her grandson at yesterday’s crisis summit.

After a family meeting at Sandringham, Her Majesty released a historic and emotionally-charged statement regretting the Duke and Duchess of Sussex’s decision to split their time between Canada and the UK as they wind down their Royal duties.