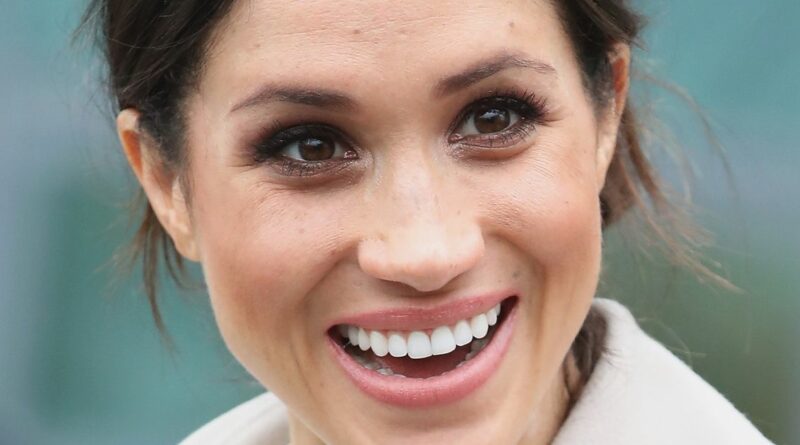 Meghan Markle will not be stripped of her titles despite putting pressure on Congress to grant parents paid leave, an American royal expert has claimed.

The Duchess of Sussex, 40, delivered a massive win for US families after she successfully campaigned for Congress to include paid family and medical leave in the Build Back Better Act.

But she infuriated many Republicans with her political intervention.

Following an earlier intervention, Missouri's GOP Representative Jason Smith, 41, even called for the Duchess to be stripped of her titles.

He said: "Ms Markle's latest interference in US politics reignites the question in my mind as to why the Royal Family does not simply strip her and Harry officially of their titles, particularly since she insists on sending this under the pretence of being the Duchess of Sussex."

However Marlene Koenig, a Virginia-based royal expert, said she "sincerely doubts" the Duchess will have her titles removed.

She told the Express: "Meghan has a title by marriage [and] Harry has the title by creation.

"In the UK, a wife shares her husband's rank and title unless she has a higher rank – the sovereign or peeress in her own right."

When asked whether the Duchess' intervention was any different to Prince Charles' comments on climate change, Ms Koenig said: "Charles is heir to the throne. He uses his voice and his position for good – and should not be deemed political.

"Meghan is an American citizen and she has the right to speak out whether she is a Miss Markle or the Duchess of Sussex."

She added: "Fighting for equality and for paid parental leave is not political – we need more voices."

While the royal expert offered a strong defence to Ms Markle's paid leave campaign, Ms Koenig also highlighted how historical precedent suggests the Duchess is unlikely to lose her titles.

She said: "She cannot be stripped of her title because it is not her title. Only an Act of Parliament can remove Harry's peerages."

According to Ms Koenig, the last time Parliament voted to relinquish a member of the Royal Family of their title came in 1917 after the Titles Deprivation Act passed the statute books.

The royal expert explained how this stripped three blue-blooded Anglo-Germans of their British titles after they opted to fight for the Axis powers in the First World War.

Those who had to give up their titles included the Duke of Cumberland, who Koenig described as "de jure King of Hanover", the Duke of Brunswick, husband to the Kaiser's Prussian Princess daughter, and Queen Victoria's grandson the Duke of Albany.

Ms Koenig went on to claim: "I sincerely doubt Parliament is going to prepare legislation that would also need royal assent. [It's] not going to happen."