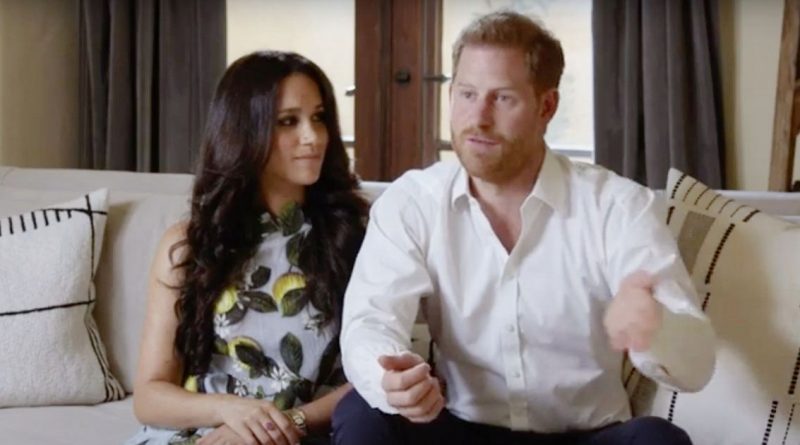 Eagle-eyed royal fans are convinced Meghan Markle broadcast a major hint about the sex of her second child with a strategic jewellery choice.

The Duchess of Sussex appeared at an "inspiring" online event by Spotify on Monday along with husband Harry to promote their new podcast Archewell Audio.

The star-studded virtual #SpotifyStreamOn event was also attended by a number of other celebrities including musician Justin Bieber and K-pop group Blackpink.

Stylish Meghan wore a £2,478 Oscar de la Renta dress for her virtual cameo, but it's what was on her finger that sparked feverish speculation among eager fans of the couple.

She wore an eye-catching enormous pink sapphire ring, which has been identified as the Pink Sapphire Cocktail Ring from the brand Ecksand, on her right hand.

However some fans think the ring wasn't just an aesthetic choice and was in fact a coded message that she's having a girl.

"Is the 'pink' ring an 'indication/hint' that it might be a little girl?", one Instagram user speculated.

Another agreed, commenting "Is this pink stone a hint?"

A third said: "Was that her subtle way of saying I'm having a GIRL"

Harry and Meghan's appearance in the Spotify event is their first since announcing they're expecting their second child.

The couple revealed the news on Valentine's Day, releasing an adorable black-and-white photo of a visibly pregnant Meghan resting her head in Harry's lap under a "fertility tree" at their California home.

"We can confirm that Archie is going to be a big brother," a spokesperson said.

"The Duke and Duchess of Sussex are overjoyed to be expecting their second child."

There's been no mention of whether Archie will be getting a little brother or sister, although one royal expert has suggested his parents already know the sex of their second child.

"I'm sure they will already know the sex of the baby, as that is the LA way," royal biographer Ingrid Seward told FEMAIL this week.

The biography Finding Freedom, which was released last year, claimed the couple knew they were having a son long before Archie was born, adding fuel to the theory Harry and Meghan have already found out the new baby's gender.