It looks like there is another wedding in Meghan Markle’s future as her close friend Misha Nonoo is planning her walk down the aisle.

The Bahran-born designer, who claims that she set-up Markle with her now-husband Prince Harry, is engaged to millionaire entrepreneur and oil heir Michael ‘Mikey’ Hess.

In a photo posted on social media, Hess, 32, can be seen down on one knee proposing to his future bride, 34, on a boat during what appeared to be a romantic getaway to Cabo San Lucas for Valentine’s Day.

‘Thank you for making all my dreams come true, Misha Nonoo,’ wrote Hess in the caption.

‘I am so in love with you, and I feel so lucky I get to spend the rest of my life with you right beside me.’

DailyMail.com has also obtained the first photo of Nonoo’s sizable diamond ring, seen on the designer on Tuesday morning in New York. 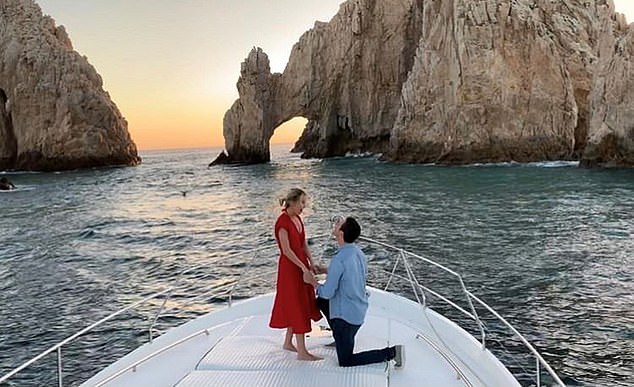 They do: Designer Misha Nonoo, 34, is engaged to 32-year-old oil heir Michael ‘Mikey’ Hess (pair above in Cabo San Lucas) 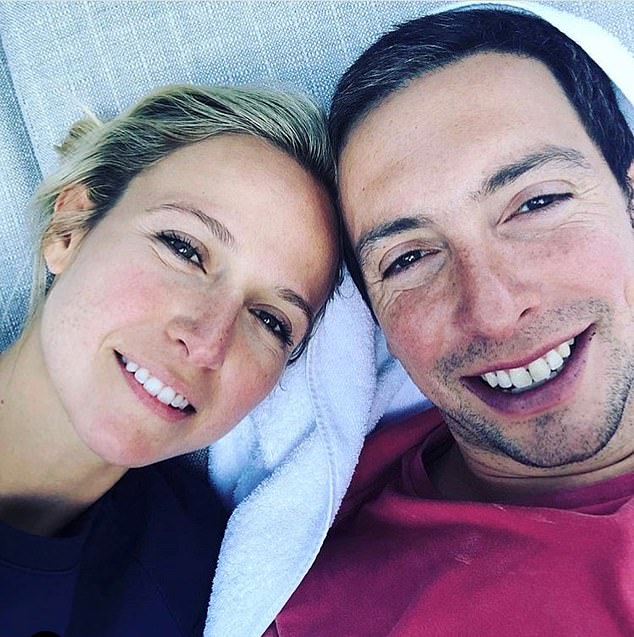 Wedding bells: Hess popped the question in Cabo San Lucas while the two were on a romantic getaway for Valentine’s Day (pair above on Valentine’s Day) 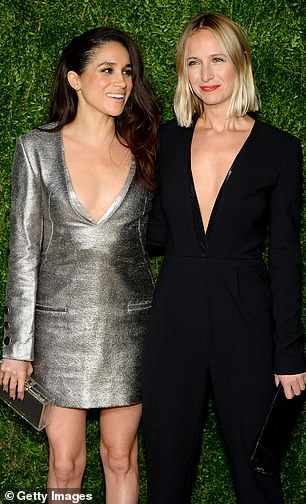 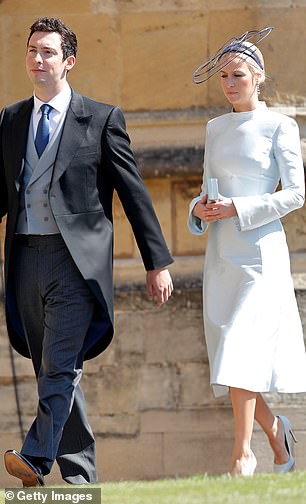 Matchmaker: Nonoo has claimed that she set-up Prince Harry and Meghan Markle on a blind date (Nonoo and Markler in 2015 on left, Nonoo and Hess at the royal wedding in 2018 on right) 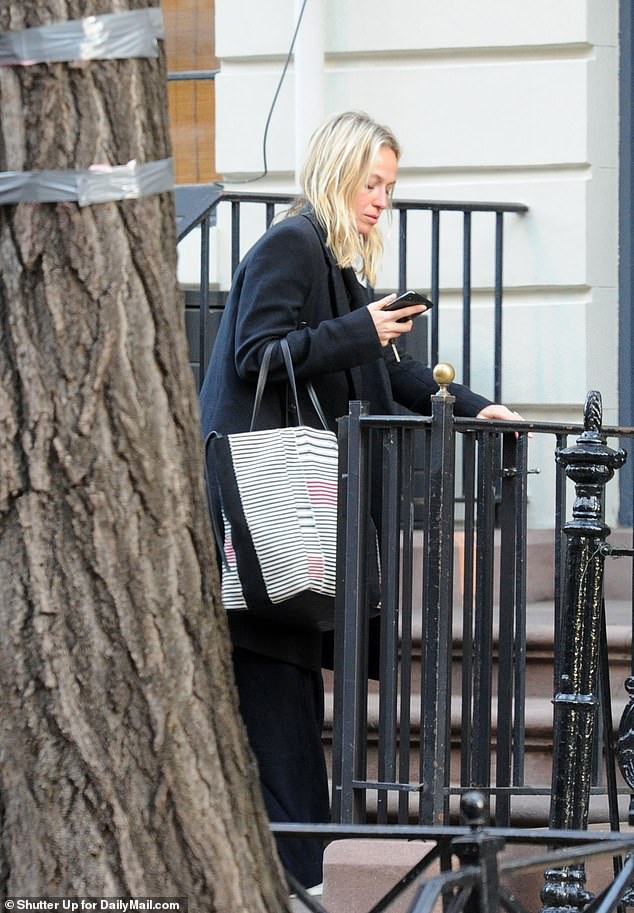 Bling ring: Nonoo was seen wearing her new engagement ring on Tuesday morning in photos obtained exclusively by DailyMail.com (Nonoo above on Tuesday) 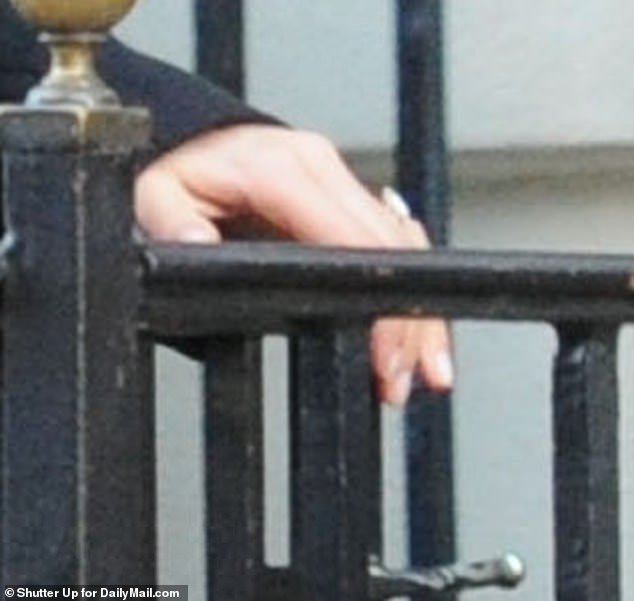 Iced: Nonoo’s massive diamond could be see on her hand when she arrived back in he city (above)

This will be the first marriage for Hess and the second for Nonoo, who was previously wed to Paddle8 founder Alexander Gilkes.

Nonoo was just 17 when she started dating the 24-year-old Gilkes,and two eventually married in 2012.

That union only lasted a few years however, and in 2017 the pair finalized their divorce, with Gilkes now dating Russian tennis star Maria Sharapova.

Nonoo is the daughter of an Iraqi businessman and English mother, and at the age of 11 moved to London with her family.

She is also Jewish, as is Hess, whose grandfather Leon founded the multi-billion-dollar Hess Corporation.

Hess’ father John is now the CEO of the company.

It dos not seem that Hess will be joining the family business any time soon though, having worked at Goldman Sachs and the Royal Hashemite Court after graduating from Harvard and Harvard Business School, where he met best friend Josh Kushner.

He is currently an associate at KKR & Co. 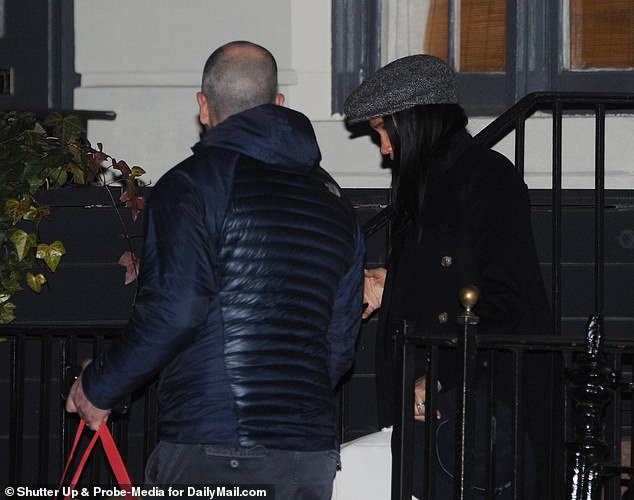 Paying a visit: Markle is also in New York, with DailyMail.com obtaining the first photos of her after she arrived in the States for her baby shower (Markle above on Monday) 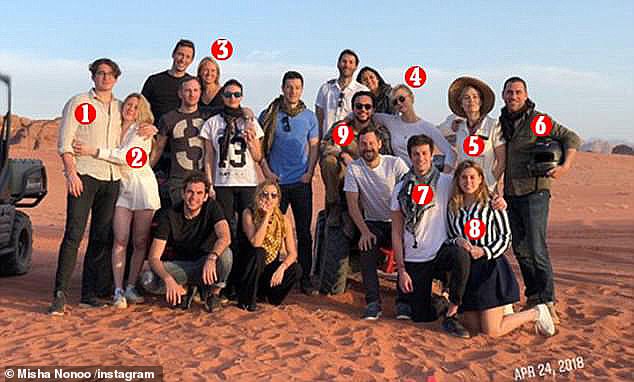 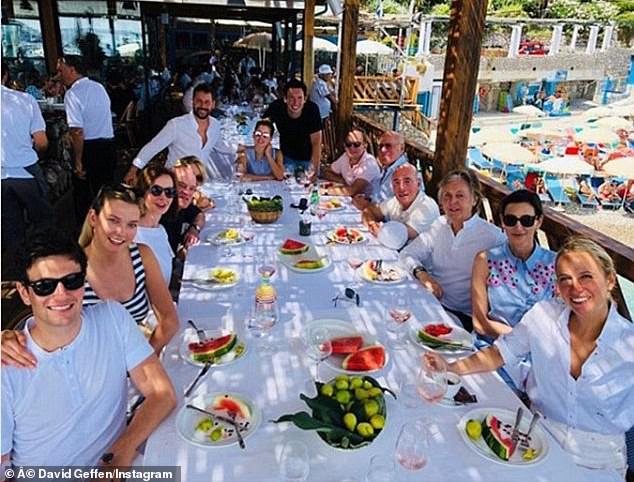 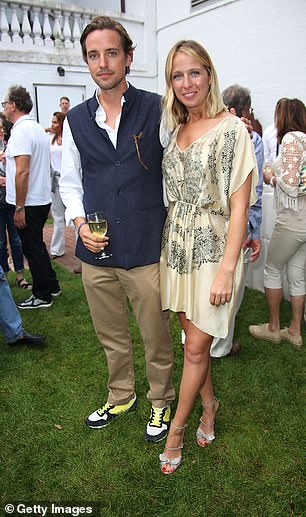 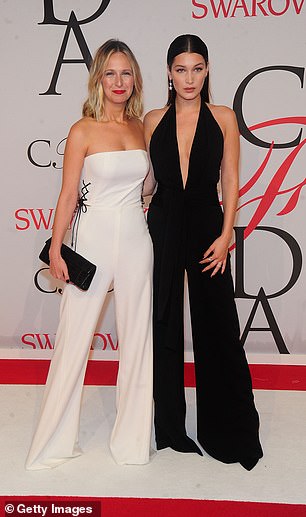 Past love: This will be the second wedding for Nonoo, who married Alexander Gilkes in 2012 (couple on left in 2015, Nonoo and Bella Hadid on right that same year) after she began dating the Paddle8 founder when she was 17 and he 24

Nonoo and Hess first made their relationship public at the royal wedding last year, and a few months later joined Kushner and his then-fiance Karlie Kloss for a trip down the Amalfi Coast on David Geffen’s yacht.

The couple were back on a boat when Hess popped the question, though their location is unclear.

There was a brief stop before the couple made their way back to New York, with the pair paying a visit to Hess’ family in Beverly Hills.

Then it was back to New York, where Nonoo was seen arriving back to the city on Tuesday morning after taking a red-eye flight.

Nonoo will have another reason to celebrate this week as well, with her good friend Markle having returned to the States for the first time since her wedding to have her baby shower in New York.

DailyMail.com obtained the first images  of Markle stateside on Monday, as she snuck into a waiting car with her bodyguard

Markle did her best to try and conceal her identity by wearing a newsboy cap and carrying a jacket to conceal her baby bump.